The Project Management Institute (PMI) found itself embroiled in scandal after it announced its United Arab Emirates chapter would be hosting a 3-day risk management course by Alex Dali, the controversial head of the G31000 group.

PMI is now debating whether to cancel the event, which reportedly already has sold tickets.

Ironically, PMI sells risk management certificates and claims to be a source of risk management training for professionals, yet the group failed to perform risk assessment on partnering with G3100 and a known fugitive.

Dali, who is from France, formed G31000 in response to ISO’s publication of the risk management standard, ISO 31000. He falsely claimed the group was endorsed by ISO, which prompted him to generate a rapid following. ISO later admitted to Oxebridge that it had no formal relationship with G31000.

Dali was ejected from the ISO Technical Committee on ISO 31001 for “live-tweeting” closed-door meeting proceedings. He has falsely claimed to be an “invited professor in several universities and institutes.”

Oxebridge discovered Dali when he was caught posing as a woman on LinkedIn to lure men to his classes. Upon further investigation it was found that Dali had plagiarized his claimed publications on risk management. 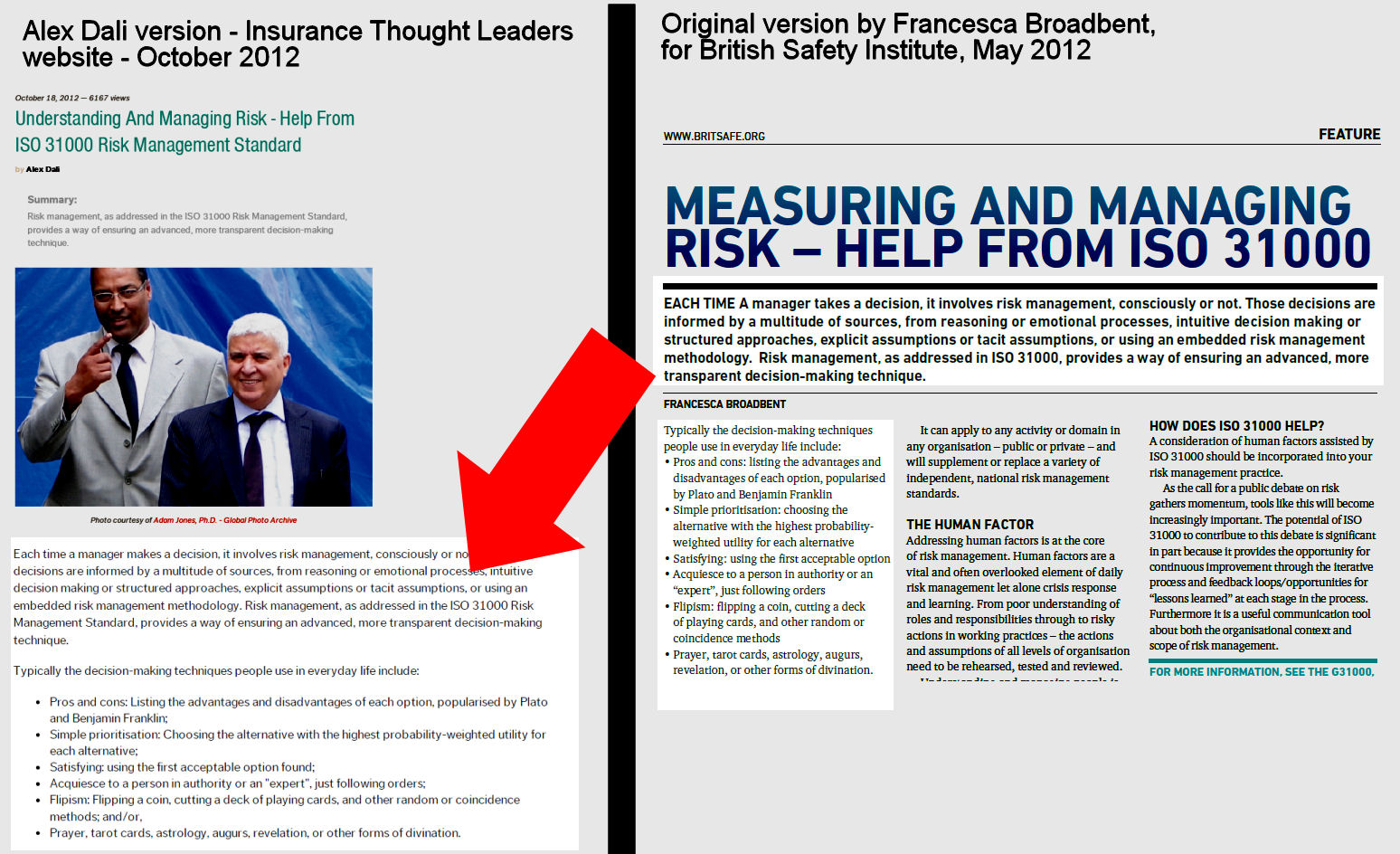 Comparison of article credited to Dali, vs original document

Dali then partnered with a NY risk trainer, Allen Gluck. In 2014, Oxebridge filed a complaint against the G31000 group with the NY Attorney General’s office. In response, Dali convinced Gluck to sue Oxebridge in US court for reporting on the group’s activities. The case was thrown out of court, and Gluck then broke from Dali and formed a competing risk management organization.

Dali continued to create controversy for his G31000 group. Multiple whistleblowers came forth and reported that Dali had repeatedly refused to pay them for training services they conducted for G31000. After a dispute over payment, Dali published the test results of one G31000 student out of spite, violating the student’s confidentiality.

In 2014, Dali tricked Dr. Karen Hardy, Senior Advisor on risk for the White House Office of Management and Budget (OMB) and Deputy Director for Risk Management at the US Department of Commerce, to speak at one of his events. Dr. Hardy pulled out when she learned of Dali’s plagiarism and allegations of fraud.

For a period of time, Dali and G31000 debated the idea of self-accrediting their classes, which would have made them an ISO certification mill.

In 2014, Oxebridge learned that Dali was wanted for arrest in Singapore. That country said that Dali will be arrested if he attempts to enter cross their border. 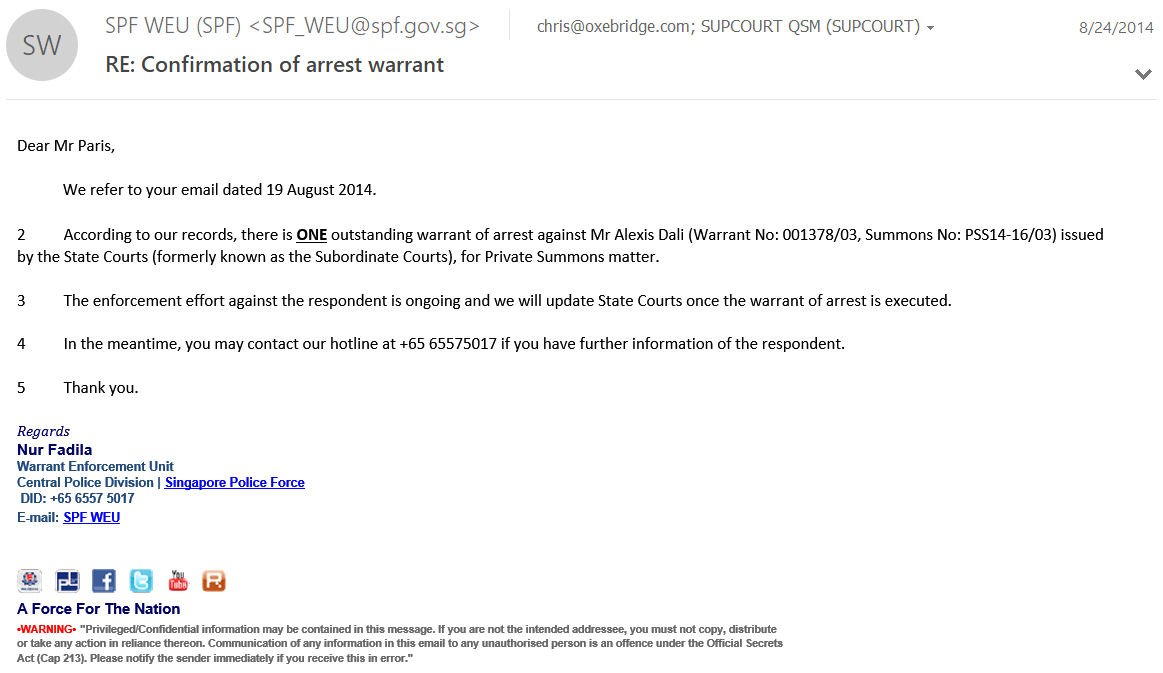 Dali previously attempted to work in Dubai, and had convinced the Dubai Police to buy his courses. When the Police department learned of his troubles in Singapore, they broke with Dali and G31000.

A whistleblower revealed that Dali’s own sister has admitted he’s a fraud, writing:

[G31000] covers all of his living expenses, such as house rentals, hotel reservations, and flying bills, happily without paying any taxes. And he has no available team members, no one willing to work for him. He offers to pay a commission or a percentage of the course fees, but he never does.

It was revealed that Dali charged keynote speakers a $10,000 fee, rather than pay them, for appearing at his events.

Dali lost his LinkedIn privileges for a short time after LinkedIn discovered he was using third-party software to “harvest” users’ contact information, which he would then use for spamming about G31000 events.