(UPDATED) Is G31000 Preparing to Self-Accredit? 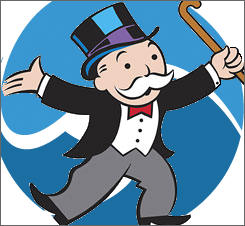 It appears that G31000 has backed off its inclination to self-accredit, and has instead begun pursuing third party accreditation. According to this press release, G31000 is pursuing third party ISO 17024 accreditation by ANAB. While that’s good, the only problem is that ANAB doesn’t actually offer accreditation to ISO 17024; that would be ANSI. But it’s pretty clear it’s just a typo. Anyway, here’s hoping G31000 does the right thing and actually pursues this, and that ANSI can help them clean up their shop.

Something is afoot at the G31000 conference, where tomorrow Allen Gluck will be discussing the “accreditation status” of G31000. As you know, a key complaint against G31000 is that it is issuing unaccredited “Certified Risk Management Professional” certificates in violation of ISO 17024, even as it claims compliance with that standard.

Now Mr. Gluck is about to announce the formation of the “International Board for Risk Management Accreditation” which, one presumes, will then accredit G31000 in order to give validity to its certifications. But, the usual hiccups are immediately evident:

Next, the IBRMA may not even be a legitimate organization at all. Corporate filings obtained by Oxebridge show it was founded in March of this year, and registered in Ireland. Its two directors — Paula Horan and Andrew Lambe —  act as proxy officers for thousands of other companies, presumably to hide the names of the actual managers of each firm.  Ms. Horan is listed as having held over 5,600 “directorships” of other organizations in the past, and currently holds a directorship in 225. Mr. Lambe holds 100 current directorships, and was listed in more than 3,300 previously. Horan and Lambe operate “Companies Bureau Formations Ltd” which allows individuals the ability to”purchase an Irish corporation online” for less than 400 euros, and which boasts the formation of over 15,000 companies in Ireland, a tax-friendly nation.

Mr. Gluck first announced the IBRMA in response to their temporary shutdown at LinkedIn, on a site post called “Growing Pains.” In that, they announced:

I am pleased to announce that the first meeting of the G31000 General Assembly for The Global Institute for Risk Management Standards and the directorship of THE INTERNATIONAL BOARD FOR RISK MANAGEMENT ACCREDITATION LIMITED will meet in New York City at the Third International Conference.

But attendance plans for the event don’t actually show anyone by the name of Lambe or Horan as being planned guests. That’s not demonstrative of much, however, as they could merely be meeting to sign papers or hold talks behind the scenes. If, however, they mean the directors are members of G31000, in attendance, that is far more damning.

By all appearances, however, it seems G31000 is engaged — at whatever level — in forming this accreditation body, rather than utilizing an existing, independent body such as ANSI or JAS-ANZ. That raises some questions as to the necessary objectivity and conflicts of interest. If G31000 personnel are on the IBRMA, then they would be in violation of international accreditation rules, and could never actually accredit G31000. If they are using proxies, that might not only be unethical, it might be illegal under various US and EU member nation laws.

It might also explain this curious, and poorly worded, blurb appearing on the G31000 site, wherein founder Alex Dali will apparently discuss ISO 31000 certification for organizations.

The problem? There’s no such thing.

Using ISO 31000 can help organizations increase the likelihood of achieving objectives, improve the identification of opportunities and threats and effectively allocate and use resources for risk treatment. However, ISO 31000 cannot be used for certification purposes, …

Only if the IBRMA is utterly independent, and if it signs on as an IAF MLA signatory, will the accreditation have international, ISO-standardized validity.

It’s curious, because the amount of work in starting an accreditation body — if done legally and properly — would far outweigh just using an international, established AB, such as ANSI. Creating an AB also limits the global adoption, since a name like ANSI carries more weight than an overnight, just-created organization that no one has ever heard of.

Why bother, then? This could be just an attempt at self-accreditation, the same tactic used by many certificate mills to wriggle out of the argument. Self-accreditation provides a sheen of authenticity, without the cost and actual independent oversight of real accreditation.

Because certificate mills follow, nearly exactly, the steps taken by university diploma mills (who offer fake degrees), it’s worth seeing what authorities have to say about those:

Self accreditation is particularly nefarious. The Florida Institute of Hypnotherapy is accredited by an organization operated by its founder, Matthew Brownstein, who once conducted an exorcism as part of depression counseling. Amstead University in Michigan claims to be accredited by the “World Online Education Accrediting Commission” except that the accrediting body does not appear to physically exist. The ISO 9001 certification bodies American Global Systems and Guberman PMC are both accredited by organizations that include their CB founders as managers. A complex mix of organizational names, logos and abbreviations make their certifications appear legit against ISO 170xx rules, but in reality they do not comply at all.

Here’s hoping, however, that G31000 does the right thing and actually pursues a meaningful, verifiable, and IAF signatory accreditation scheme. If so, everyone benefits.