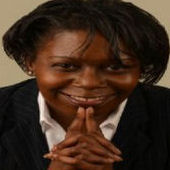 The senior advisor on risk management to US President Barack Obama has been dropped from the list of speakers at the upcoming G31000 international conference, presumably after it was revealed she had purchased an unaccredited risk credential from the group.

Dr. Karen Hardy, the Senior Advisor on risk for the White House Office of Management and Budget (OMB) and Deputy Director for Risk Management at the US Department of Commerce, had planned to present a keynote speech at the G31000 summit, and was marketing herself as bearing a “C31000  Certified ISO 31000 Risk Management Professional” credential issued by G31000. After Oxebridge’s reporting revealed that the credential is unaccredited, and does not comply with ISO 17024 rules on issuance of personnel certifications as claimed by G31000, pressure appears to have been put on Dr. Hardy to retract her support of the group.

As of yesterday, she has been dropped from the roster of speakers, and her LinkedIn profile has been changed to private, with the “C31000” credential redacted. She, or her staff, have also deleted a reference that her education included that from the “Global Institute o Risk Management Standards,” which is G31000’s DBA name. The profile now only includes a reference to Nova Southeastern University. Other changes have been made to the G31000 website promotion for the upcoming conference. Until a few days ago, the G31000 website included a false claim that Ottawa based risk consulting organization Coherent Advice was a G31000 partner, despite having received a March 14 email from its founder demanding the G31000 remove the logo and endorsement. Only after Oxebridge reporting was the claim removed.

The promotional blurb for speaker Allen Gluck has been updated to correct an awkward spelling error, in which he claimed to be on two “ISO PC’s” for risk and quality management. ISO only has “TCs” which stands for Technical Committee. At press time, Oxebridge has been unable to confirm if Mr. Gluck in fact holds one of the positions he claimed, that of TC 176 member for ISO 9000 quality management, as US TAG officials have not responded to requests to verify that Mr. Gluck was voted and accepted as a member.

Despite the changes, the Gluck bio still includes a contradictory statement that he is a current teacher at Manhattanville College. In a court filing in New York, Mr. Gluck claimed he was “constructively fired” from the College, and that his teaching assignments were given to someone else.