After Nearly 30 Years, BSI’s Corrie Steps Down as TC 176 Manager 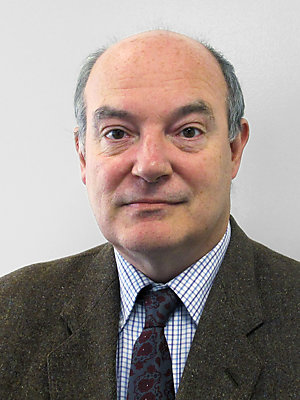 BSI’s Charles Corrie is stepping down from his role as Committee Chair and Secretary of ISO TC 176, the committee responsible for authoring the ISO 9000 series of standards. Corrie held the post for nearly 30 years.

ISO announced that Corrie is moving to a new position within BSI, and will be replaced on TC 176 by Sally Swingewood.

Corrie was admired by some within ISO, but seen as largely ineffectual in the eyes of stakeholders. Corrie was famous for his copy-and-paste email replies telling anyone who asked him a question to contact their national member body. He also was known for enjoying the travel involved in attending TC 176 plenaries and other conferences, and was upset when ISO moved to remote meetings during the COVID-19 pandemic.

While the role of Committee Manager remains largely a formality, it did allow Corrie to put his name on nearly every formal communication issued by TC 176.

Corrie could have, however, taken action to rein in the dominance by private consultants on TC 176, by invoking existing ISO rules that demand an equal distribution of participants; he routinely refused to step in on the matter, however.

Corrie’s primary loyalty was to BSI, and to ensuring that ISO 9001 remain a feasible product for BSI to sell certifications against. It is not likely that will change under Swingewood.

Prior to the 1980s, BSI led the world in international standards, despite ISO having been formed in 1946. During the 1960s and 1970s, ISO was known primarily for film speeds. In the 1980s, BSI yielded standards development to ISO, but only on condition of a power-sharing agreement that granted BSI special authority over key committees. BSI has dominated those committees ever since, working to ensure it can mold standards to suit BSI’s larger-scale business goals. Corrie is moving to a new, unspecified role in BSI.