Parsing G31000: Verifying the Many Claims of Alex Dali (UPDATED) 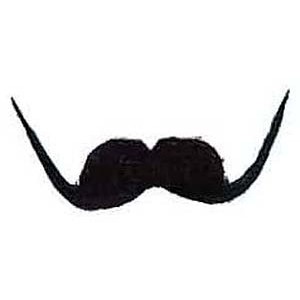 With the recent discovery that Alex Dali, President of the G31000 Global Institute of Risk Management Standards, may be intentionally using a fake LinkedIn profile of an eyebrow model to promote his group, I started to review his claims and activities in greater detail. What one quickly discovers is a pattern of inflated claims, misleading or false credentials, and what appears to be outright, serial plagiarism.

(Mr. Dali was asked to respond to these accounts, and has refused. Fellow G31000 trainer Allen Gluck has likewise refused to comment, and instead “advised” Mr. Dali to cut off communication. Nevertheless, if he or his lawyers find anything inaccurate, they are invited to write to me so I can make a proper correction or retraction. They are also invited to provide verification for anything listed herein as “unverified” so that we can correct the record.)

From the G31000.org website in particular, a number of unverifiable claims are made. These are:

The Global Institute certifies individual professionals from more than 100 countries and conducts training in many locations based on demand.

Analysis: hardly a significant factor, since any training organization can train any individual from any country, if they want to. By that measure, G31000 could equally claim they certify individuals from EVERY country. But this claim is technically true, on its face.

We have advised numerous governments and organizations toward the goal of adopting ISO 31000, our recommended national and international risk management standard.

Analysis: statement offered without evidence. Which governments? Which organizations? If so, why does the G31000 website not have a single reference listed? Why not provide them so the claim can be verified?

We have also worked with private sector leaders and professional associations to promote risk management as a tool for better decision-making.

Our international partners help us ensure that best practice is taught and available throughout the world. We currently teach and certify individuals in the following languages: English, French, Spanish, Portuguese and Chinese.

Analysis: technically true, because G31000’s set of trainers is comprised of people who speak these languages. An aside: there is no defined method on how these people were selected as trainers, and some of them do not appear to even be certified by G31000 as having been trained themselves. Curious.

The G31000 global platform has the largest, and the most broad-based organization of its kind in the world growing by 500 new members per month.

Analysis: this borders on unverifiable to probably untrue. There are many, many risk management organizations in the world, and no doubt the majority of them have larger memberships than G31000. The Risk Management Association (RMA) is 100 years old, and far more well known. The Risk Management Society (RIMS) is also far more prominent. The claim that it is “growing by 500 new members per month” is unverifiable. Considering the pricing — a corporate membership in RIMS costs $550, while G31000 charges ten times more at $5,000 — it’s also unlikely.

Now, looking at the site’s summary of President Alex Dali, which also appears in a truncated form on the Manhattanville College website:

Alex Dali is President of G31000. He holds a MSC in Chemical Engineering, a degree in Business Administration and a post-masters in Risk Management.

Analysis: Without a background check, let’s assume his education is true.

Alex has worked and lived during the last 20 years in many countries and has demonstrated vast experience in many aspects of risk management.

Analysis: it is unclear what benefit “living in many countries” bears on risk management, so this point is irrelevant. As for his “vast experience in many aspects of risk management,” this is unclear, with some apparently untrue elements. His previous work was with Atlascope, a consulting firm on risk management of his own creation. The marketing language on the Atlascope website is remarkably similar to that used now by G31000, and it appears that Atlascope attempted, unsuccessfully, to offer risk management training.

He is currently listed as a “managing partner” for a similar organization, Formascope, but the claims regarding his employment there are also contradictory. On the author page for Insurance Thought Leadership, it is claimed that he has worked there for “over 15 years,” but on his LinkedIn profile, it only shows his employment started in 2011. (See update below.)

His resume includes an unverified three-year stint at French finance firm AGF, which — if true — would be his only practical work experience with risk management.

He is well known as the active founder/owner of the ISO31000 LinkedIn group which has 30,000+ members.

Analysis: true, but hardly demonstrative of ability. Any person in the world can start a LinkedIn group; doing so requires no expertise in anything, and so “founding” a LinkedIn group is akin to opening a Facebook account. It is not a professional credential, nor should it be considered as such. Membership in the group is not restricted to G31000 members, nor is it an indication of support for G31000, as many members who post are critical of the group. The LinkedIn group has been the subject of much controversy, due to Mr. Dali’s heavy-handed censorship of opposing opinions and banning of those that disagree with him, including at least one of his own moderators.

Alex serves as an invited professor in several universities and institutes in the United States and Europe.

Analysis: unverified. Mr. Dali does not list which “universities and institutes” he is an invited professor for, which is unusual. He is on the Advisory Council for a risk management center within Manhattanville College in the US, but is not listed as a professor. The others on this risk council include most of the same personalities we see as G31000 trainers, and as his LinkedIn moderators. Searches resulted in no evidence that Mr. Dali has taught as a professor at any university.

He currently provides training, workshops, is involved in the publication of articles and books, focusing exclusively on ISO 31000 standard.

Analysis: while he is listed as a trainer and no doubt has conducted workshops, his role in “publication of articles and books” is unclear to untrue. Other than his LinkedIn posts, some PowerPoint presentations, and endless comments on blogs, Mr. Dali has never been published by a third party, with one exception (as we will see.)

On his Linked In page, Mr. Dali takes credit for a number of publications. Each one presents a different problem for verification:

Where he was published by a third party — in this article for the site Insurance Thought Leadership — it was plagiarized. The article appeared under his name, but the piece was lifted in total from an article written by Francesca Broadbent of The British Safety Council for the May 2012 issue of Safety Management. While Ms. Broadbent may have permitted Mr. Dali to use the article, to credit him as “the author” is completely inaccurate. (Insurance Thought Leadership has since pulled the article. Attempts to contact Ms. Broadbent directly have been unsuccessful so far. Mr. Dali has declined to comment.)

He lists his paper on “Piracy Attacks in the Malacca Straight” with a disclaimer that, “Given the sensitivity of the information disclosed, this article was not allowed to be promoted during 10 years as agreed with local intelligence service agencies.” The article, which has no sensitive information at all, instead includes entire sentences which were plagiarized from other works, previously published without any such problems.

From the Dali article:

The present-day Malacca Strait is the world’s second busiest commercial shipping lane (topped only by the Dover Strait in Britain) through which an average of 200 ships pass each day. For every ship that passes through, there is a risk not only of an accident and
spill of cargo that might include crude oil, toxic chemicals, or radioactive substances but also of a piracy attack!

Source: TED Case Study: The Impact of Transportation on Wildlife in the Malacca Straits:

This is the present day Malacca Straits, the world’s second busiest commercial shipping lane (topped only by the Dover Straits in Britain) through which an average of 200 ships passes a day. For every ship that passes through, there is a risk of an accident and spill of cargo that include crude oil, toxic chemicals and radioactive substances….

From the Dali article:

ICC says the increase in hijackings is due to greater involvement in piracy by organized crime networks. “The hijacking of a whole ship and the resale of its cargo requires huge resources and detailed planning,” said Pottengal Mukundan, Director of ICC’s Commercial Crime Services. “It typically involves a mother ship from which to launch the attacks, a supply of automatic weapons, false identity papers for the crew and vessel, fake cargo documents, and a broker network to sell the stolen goods illegally. “Individual pirates don’t have these resources. Hijackings are the work of organized crime rings.”

This increase was despite a promising fall of 27 per cent, to 335, in the total number of pirate attacks and the ICC believes the increase in hijackings is due to greater involvement by organised crime syndicates with ships now being ‘stolen to order.’ In the past, pirate attacks usually consisted of boarding, robbery of money and/or valuable cargo, then getaway. The latest trend is different – with the perpetrators having the resources to take a ship, unload its cargo and then provide the ship with a new identity. On one occasion last year, a ship loaded with tin and pepper valued at $2 million was stolen and its captain and crew left abandoned on an uninhabited Indonesian island. Furthermore, the menace is spreading west from the traditional areas of East Asia to the Middle East region and Africa. Pottengal Mukundan, Director of ICC’s Commercial Crime Services, said: “The hijacking of a whole ship and the resale of its cargo requires huge resources and detailed planning.  “It typically involves a mother ship from which to launch the attacks, a supply of automatic weapons, false identity papers for the crew and vessel, fake cargo documents and a broker network to sell the stolen goods illegally – individual pirates do not have these resources – hijackings are the work of organised crime-rings!”

The cases of plagiarism are problematic enough, but the fact that Mr. Dali has not been published or recognized by any other major risk management association or trade publication is damning as to his credentials. Initial examination of Allen Gluck’s experience with risk management appear to be shallow or nonexistent, with (so far) no verifiable credentials in the discipline.

I’ll post more as I find it. I suspect there will be a lot more.

CLARIFICATION 16 March 2014: In a previous version of this article, we discovered that the Founder of Formascope in France did not know who Alex Dali was, despite Mr. Dali claiming to have worked there. Per a posting on the G31000 website, we now have confirmation that Mr. Dali worked for a different “Formascope” in France, an organization he founded in 2009. This still does not explain how Mr. Dali can have claimed to have worked their for “15 years” if the organization was only founded in 2009.