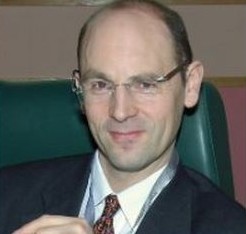 He’s back at it, continuing to show no filters whatsoever, and preying on ignorant dupes who don’t know how to read. The self-proclaimed risk management expert Alex Dali — who’s barred from entry into the United States for his dealings with Iran, and has an arrest warrant waiting for him in Singapore — is now selling a $4,000 “Risk Maturity Model” product while using quotes from ISO 31000 that don’t exist.

On his webpage, Dali publishes a quote that he claims is taken from ISO 31000’s Introduction:

The problem is, this paragraph appears nowhere in the standard at all. Dali then goes on to quote “principle K” from ISO 31000:

Organizations should develop and implement strategies to improve their risk management maturity alongside all other aspects of their organization.

The actual ISO 31000 standard, however, only has principles which go up to letter H; there is no “principle K.”

The Dali website clearly says this is based on the latest 2018 version of ISO 31000, too, so he’s not accidentally citing a prior version. It’s moot though: in another claim, Dali falsely asserts that  “the concept of risk management maturity is introduced in ISO 31000.”

Presumably, Dali read about the Capability Maturity Model Integration (CMMI) or Oxebridge’s own Management Maturity Model / M3 Initiative and is borrowing some of that language to sound hip. 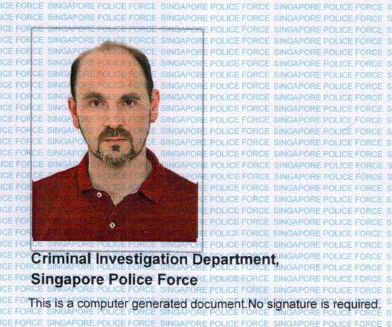 Dali also claims, without proof, that his model is “endorsed by global organizations,” but in the past Dali has routinely claimed “endorsement” by organizations that have never endorsed G31000, including the United Nations. Dali lost a deal with the Dubai national police because of his open arrest warrant in Singapore. Multiple organizations have demanded that Dali remove their logos from his website, demands which Dali typically ignores outright.

Alex Dali broke onto the risk management scene when he was caught posing as a woman on LinkedIn to “catfish” potential students for his unaccredited ISO 31000 risk management certifications. He then was thrown out of the ISO 31000 authoring committee for live-tweeting internal meeting notes. The bulk of his claimed publications on ISO 31000 were found to be plagiarized, with him copying an entire article written by someone else and just swapping his name in for the original author.

Dali was later found to be harvesting LinkedIn user data in order to bolster his email list. More recently, during one presentation Dali accidentally projected his PC desktop to a training group, revealing additional email harvesting activities. According to one person present at the session:

Dali was using a laptop for presentations, once he try to switch the powerpoints we have seen the files on the dropbox. It was full of email list named by each companies. Main file names was Emad Email Grab, extensions of the files .csv like Ernst&Young-UK.csv, Ernst&Young-US.csv, Ernst&Young-ME.csv, … thousands of companies were filed there!

Meanwhile, it’s come to light that Dali was detained at a US airport in a deportation waiting area, but granted a 4-day stay when some family members vouched for him. His ESTA visa was canceled on the spot, making any re-entry into the US likely impossible. This was due to his partnerships with companies in Iran.

G31000 struggled to find keynote speakers when it was revealed that rather than paying such speakers, Dali was charging them $10,000 for the spot.

Dali was found to have been circulating the ISO 31000 standard without permission, as well, resulting in problems with ISO’s copyright enforcement department. In another incident, a G31000 student refused to pay Dali, and he publicly posted information about the student’s test results in retaliation, a severe violation of confidentiality.

Nevertheless, Dali has gotten support from ISO key figures such as Paul Palmes and Kevin Knight, the former chair of the ISO 31000 technical committee.

Dali tried to sue Oxebridge through his former US subsidiary, claiming that the reporting on him was defamatory, but the case was thrown out. Immediately thereafter, Dali and his US subsidiary split up entirely.

More recently, Oxebridge has received information from multiple former partners of Dali, each claiming he stole money from them. One filed an official complaint against him, alleging fraud.  I haven’t been able to independently verify these, since most of these legal claims are with foreign agencies, so take it with a grain of salt. One thing is clear: Dali’s rotating list of “partners” is rotating for a reason, and the latest new faces — including Angel Escorial, Alexei Sidorenko and Ben Burger — are likely to find out soon enough that paying Dali to participate, rather than being paid, only ends in scandal.

Nevertheless, G31000 continues to rope in uninformed dupes who want a quick risk management related credential to put on their CV. Until Dali is sued or arrested, such shenanigans are likely to continue.

UPDATE: Russian risk management “expert” Sidorenko defended Dali, and pointed out that the website is apparently referring to the 2009 edition of ISO 31000, despite the website saying the Risk Maturity Model was updated for the 2018 edition. In fact, the 2009 edition makes passing reference to “maturity” and has a “principle K” but this was deleted in the 2018 version, leaving Dali’s product obsolete and remaining marketing residually deceptive.

Then Sidorenko accused me of being “full of shit” while taking a potshot at former Dali partner Peter Blokland who split with G31000 (“he is exactly where he needs to be, if anything, I wish it happened sooner“). Apparently, if you’re a risk management professional it’s a requirement to be as shady as possible, and acting like a Mafia don.

Anyway, in a year or two Sidorenko will be writing about how he lost money to Dali, and no doubt will set up a competing ISO 31000 certification product the same way former partner Allen Gluck did after their failed lawsuit attempt against Oxebridge. Then Sidorenko will be telling the world that it was Dali, not me, who was “full of shit.”