Quality Austria Certified Its Own Russian Partner, a Firm Under US and EU Sanctions

The certification body Quality Austria has not only certified a self-accredited Russian certificate mill subject to US and EU sanctions, but then lists the organization as a “partner” on its official website.

According to public records, Quality Austria certified RT Tech Priemka to ISO 9001, under a certificate accredited by IQNet and Akkreditierung Austria, under certificate number Q-21019/0. 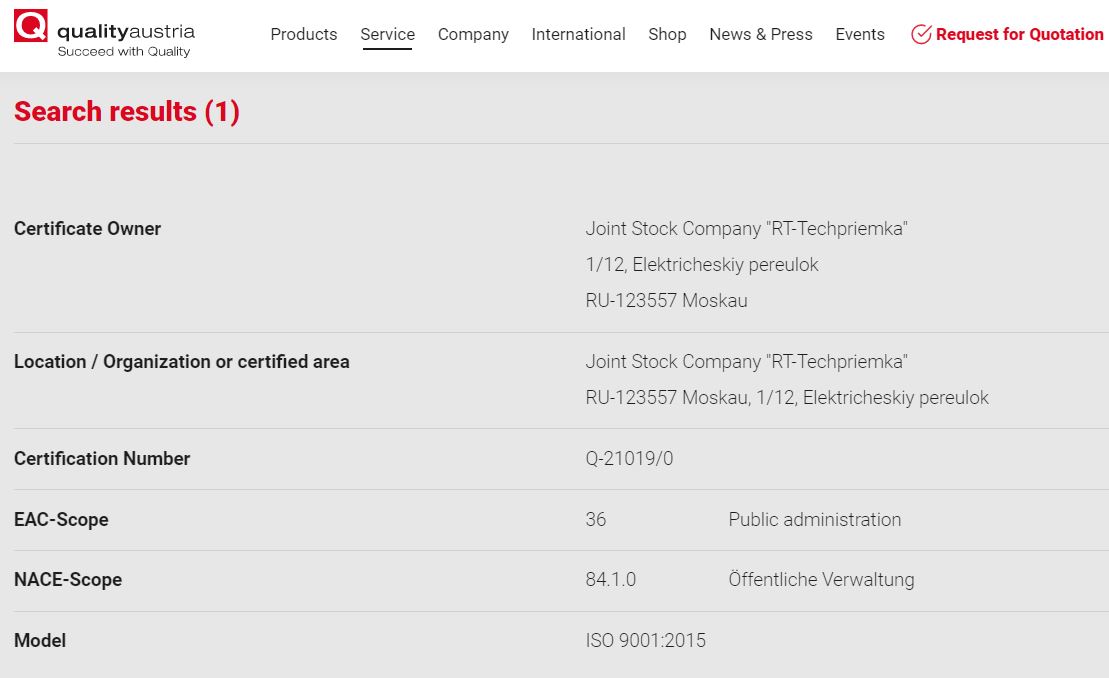 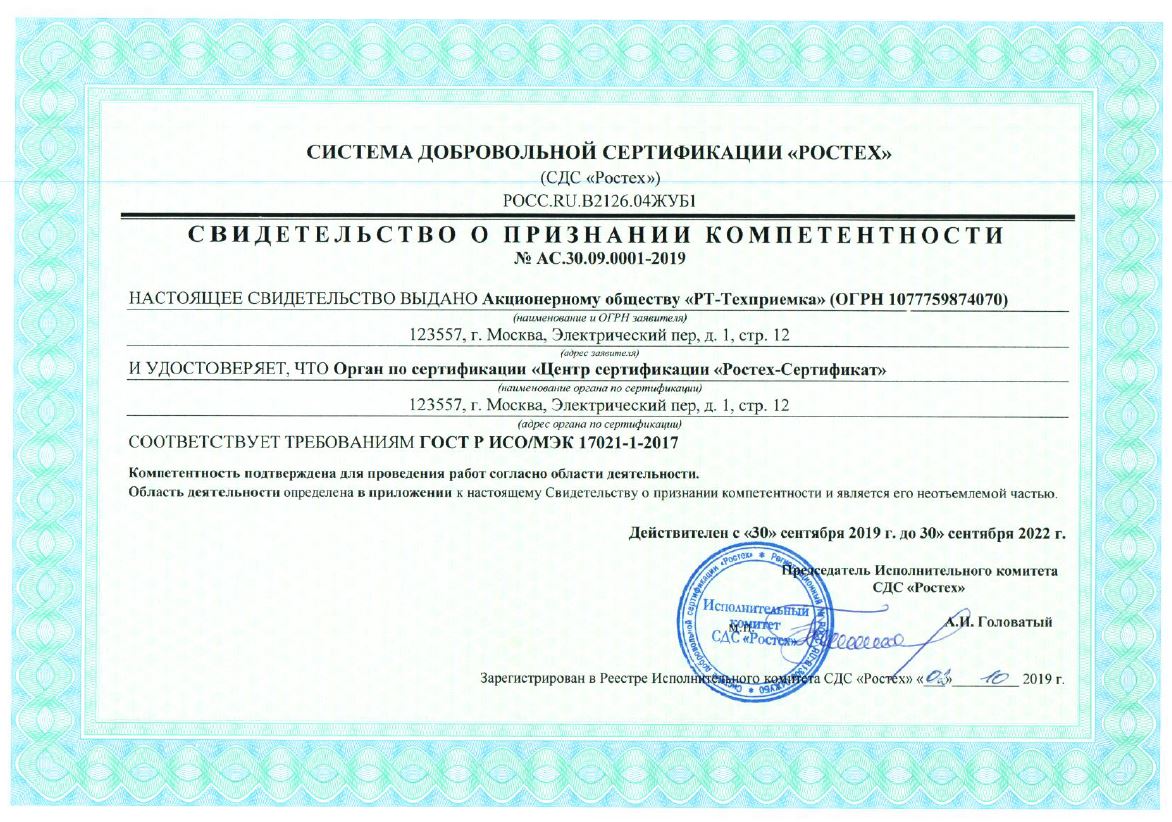 Quality Austria is accredited to ISO 17021-1, which prohibits it from issuing an ISO 9001 certificate to another certification body. Oxebridge is preparing a formal complaint against Quality Austria on the matter.

At the same time, RT Tech Priemka is operated by Rostec, a Russian state-run company currently under sanctions by both the United States and the European Union. The US sanctions apply to Rostec and all its subsidiaries, but the EU sanctions appear to apply only to Rostec’s CEO and other executives. It is not clear if Quality Austria is in violation of EU regulations by certifying Rostec. Austria is a EU member, and Quality Austria would be held to honor those sanctions.

The claim is repeated on another page forRT Tech Priemka, which then uses the names of Quality Austria, IQNet to market its certifications. 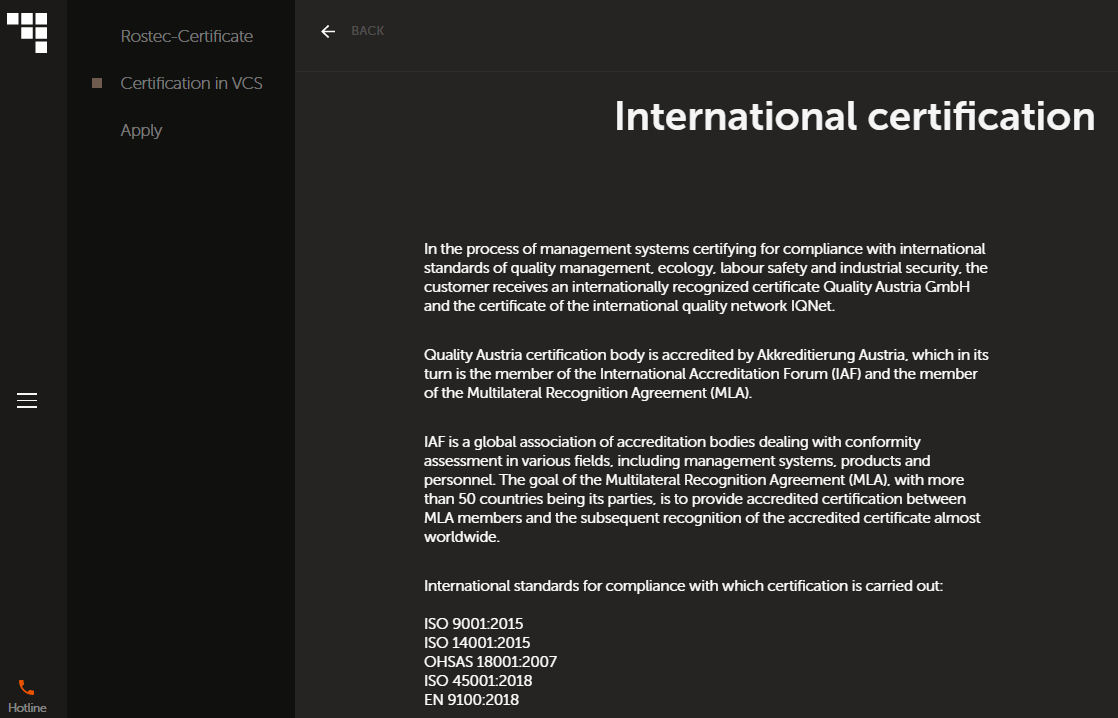 The Quality Austria website then lists RT Tech Priemka as a partner and its official, local representative in the region: 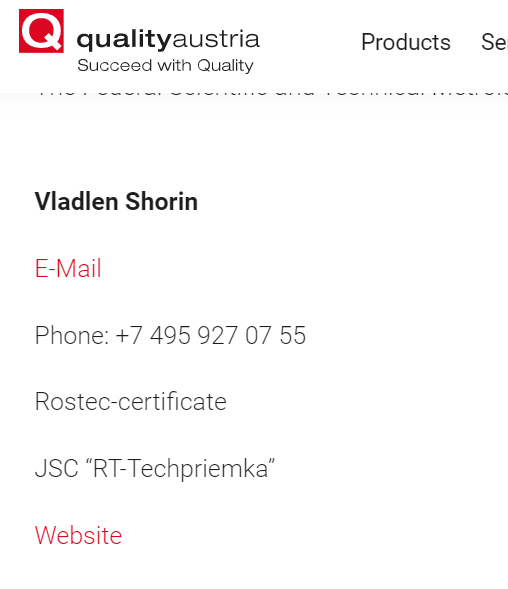 This means that not only did Quality Austria certify a self-accredited certificate mill under current US and EU sanctions, but it has also allowed them to conduct ISO 9001 audits on its behalf via an official licensing partnership. At the same time, this arrangement was approved by Quality Austria’s two oversight bodies, IQNet and Akkreditierung Austria.

A prior complaint filed against Quality Austria alleged it had succumbed to bribery when it overlooked years of corruption in the Qatar region.  The issue was escalated to both Akkreditierung Austria and the IAF regional body EA, but both organizations refused to take action against Quality Austria, as did IQNet. The matter is now before an Austrian court, where criminal charges are being considered.

Another CB was also found to have certified a competing ISO 9001 registrar in Russia. URS was found to have granted ISO 9001 to Russian Register, a conflict of interest that was left to fester for years until an Oxebridge complaint forced URS to revoke the certification. Again, the IAF and accreditation body UKAS had taken no action.

The IAF and its accreditation bodies have routinely allowed corruption and violations of ISO accreditation standards to go unpunished, in exchange for payments through the pyramid-tiered certification scheme. The result is ISO certification granted to companies involved in international crimes against humanity, releases of deadly defective products, and dramatic environmental disasters. World governments have been paralyzed to take action, largely due to a lack of understanding of the role of the IAF and the various bodies, and because of deals made between the governments and the IAF.