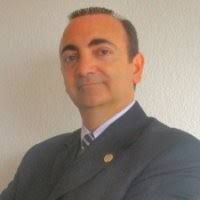 The complaint was then escalated to the regional group EA, who has also refused to take action. EA representative Andreas Steinhorst first said that his group would no take any action, as Akkreditierung Austria was not given sufficient time to investigate the issue. When it was pointed out that Akkreditierung Austria has refused to merely acknowledge receipt of the compliant, Steinhorst indicated he would take a second look at the problem, but has since fallen silent again.

Certificates issued by Quality Austria to its own consulting clients included the logo of IQNet as well. That organization is a certification body “clearing house” that allows various CBs — including Quality Austria — share a common network. IQNet and DiPalma have refused to acknowledge any role in the scandal, even though their logo appears on over a dozen conflicted certificates. They have also refused to withdraw or suspend any of the suspect companies, nor take any action against Quality Austria.

The scandal threatens to drag in the highest executives of Quality Austria, IQNet and Akkreditierung Austria. If EA finally fails to take action, the issue will be escalated to the International Accreditation Forum and potentially expose the IAF to legal action in the United States, where the organization is registered. The IAF has also not taken any action, presumably relying on “procedures” which require the bodies under it to exhaust their efforts before doing so. nothing stops IAF form using its authority to ensure the issue is investigated, however.

Quality Austria has retained its accreditation and continues to issue certificates in Qatar.

Oxebridge is working with government authorities in Austria and Qatar to confirm if criminal bribery charges should be brought against any of the persons involved.

The scandal shows how the global scope and complexity of the ISO accreditation scheme allows organizations and bad actors to potentially engage in criminal conduct and go wholly unpunished.

UPDATE 10 Feb 2020: A source indicated that Tony DiPalma is no longer at IQNet, and was replaced by Pedro Alves. Alves does not appear on LinkedIn, which still lists DiPalma as Managing Director. The communications sent to IQNet were, however, sent to the general HQ address allegedly used by Alves, so if he did replace DiPalma, he would have received the emails and still not responded.