Another Prominent Voice Weighs in on ASQ’s Mounting Problems 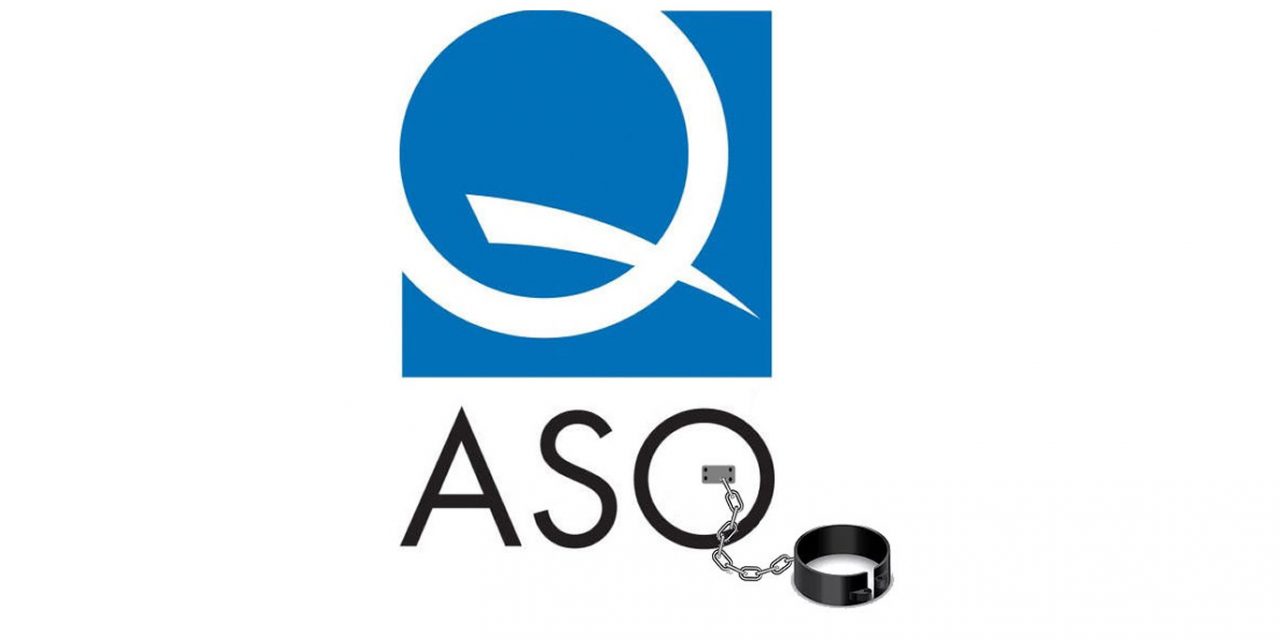 Dr. James Kline is a published author and well-known, senior member of ASQ. He’s a sober thinker, and not one prone to hyperbolics or distractions. A risk management expert, he’s written balanced pieces on risk-based thinking, and avoided the salesmanship tactics of most writers on ISO 9001.

So it comes as a severe blow to ASQ that he recently wrote a piece at CERM called ASQ: At an Inflection Point, which dramatically piles on more problems for the Society, at a time when it probably wishes it would all just go away.

Coming on the heels of the high-profile petition circulated by other well-known ASQ members, Kline’s piece ups the ante for ASQ’s leadership by not only adding his voice to the issue, but raising serious additional concerns.

It is obvious that ASQ is in financial difficulty.  If this was not so, the Board of Governors would not have authorized the draconian measure of taking funds from the Chapters and force Section and Division leaders accept this action under threat of being removed and/or having their Section or Division dissolved. Consequently, any strategic action to deal with disruption must ensure financial solvency. It must also deal with several issue related to governance.

A key issues is failure of corporate to continually operate within a budget. In addition, the corporate headquarters is costly. With declining membership and a general loss in revenue, it has become a financial burden.

Those “draconian measures” — implemented by the now-ousted former CEO William Troy and his dutiful Board — couldn’t have come at a worse time. It was hamfisted and ill-timed, and — as the petition revealed — the ASQ headquarters implemented them upon threat of ejecting any Section leaders who would not agree. It was just outright dark. It’s not clear what got into ASQ’s head to think they could have taken such a hard-line stance with a membership that was already declining, but it’s likely they just fast-tracked their own extinction.

I daresay Kline misses one other key point. ASQ has prioritized the selling of Six Sigma for decades. In prior years, in fact, this was hard-coded into the society’s annual directives. What this meant in practical terms was a full-on push to sell Six Sigma books, webinars, conferences, seminars and bullshit “professional certifications” to ASQ members, a risky tactic that exacerbated the practice of treating members as targets for dubious products, as well as hitching ASQ’s star to a dying fad. ASQ and its British cousin CQI are some of the last remaining publishing companies pushing Six Sigma on the world, because the world has moved on. Six Sigma never blossomed into the cure-all these groups claimed it would, nor could it. Still, however, ASQ is shoving it down its members’ throats.

Meanwhile, automated inspection is coming, as part of “Industry 4.0,” and ASQ is totally asleep at the switch. On-machine probing will increase the rate of unemployment for many QC workers, since shops will be able to product millions of parts using automated, lights-out manufacturing methods that rely on absolutely zero human inspectors. And it will do it at with greater repeatability and reproduceability than having a bunch of guys jibbering with calipers or staring at a CMM ruby.  ASQ should be helping transition its members to the next generation jobs, like programming and design engineering, but is so busy selling tired, decades-old concepts, it hasn’t kept up. This will increase the dissatisfaction members have with the society, and its leadership is clueless.

Remember, this is the Society that banned discussions about whether it should offer low-cost supplemental health insurance or job placement services to members. Ugh.

Anyway, the Kline piece is worth a read. And it shows that ASQ’s problems are not going away, no matter how much the current leadership wants to ignore the problems and just keep selling junk to members.