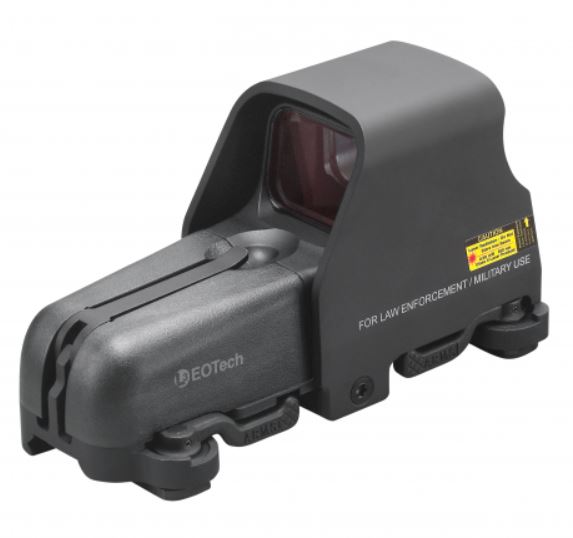 In yet another black mark on the reputation of ANAB, they find their logo in the middle of new massive scandal.

EOTech, a division of L-3 Communications, was sued for having “sold combat optical sights to consumers throughout the United States that Defendants knew were materially defective.” The defective gun sights were sold to consumers as well as military and law enforcement personnel. The lawsuit, Andrew Tyler Foster, et al. v. L-3 Communications EOTech, et al., claimed class actions damages surpassing $5,000,000 and is currently subject to settlement by L-3/EOTech. The suit claimed that the company sold its Model 553 Holographic Weapons Sight while making deceptive claims of the product’s performance. Specifically, EOTech claimed the gun sight sights “performed in temperatures ranging from -40 degrees to 140 degrees Fahrenheit, and in humid conditions and were parallax free.” The lawsuit claimed that EOTech knowingly misled buyers of the product, which were found not to operate in such conditions:

The suit claims that the Model 553 earned the company “hundreds of millions of dollars” from consumers. The EOTech website does not list the Model 553 on its general products page, but still hosts a product purchase page for that model here. Its chief customer base appears to be military personnel, law enforcement and civilian consumers. The image shown on the EOTech website of the Model 553 shows it is marked on the side with a note reading “for law enforcement / military use.”

A full PDF of the complaint may be read here (PDF).

NSF-ISR and three other ANAB accredited registrars are facing scandal after having certified four aerospace companies to AS9100, all of which were later found to have dozens of major nonconformities each, per an independent audit performed by the US Department of Defense’s Inspector General office.

ANAB accreditation is also suspected to be active at Amtrak, whose recent derailments killed multiple passengers; NQA certified Amtrak’s Human Capital division, and it’s not yet clear if the rail management office was also certified by NQA.

Former ANAB accredited registrar Entela had certified the companies later found to be responsible for the design and manufacture of the defective Takata airbags which killed multiple drivers and resulted in the largest recall in the entire automotive industry’s history. Entela sold its company before the scandal was revealed, and a former senior executive from Entela told Oxebridge it had transferred its clients to competing registrar Intertek, but Intertek is currently claiming they have no record of the Entela transfers.

Oxebridge is calling for a 10-year moratorium on the requirement of ISO 9001 or AS9100 certifications in all Federal and defense contracts in the US, until such time that ANSI can be called before the US Congress to correct testimony given by its CEO, Joe Bhatia, in 2012, and for proper reforms to be made within ANAB to ensure the validity and trust of the resulting certifications.

A more direct threat to ANAB is the fact that the scandals are being used as justification by unaccredited or self-accredited “certificate mills,” who often issue bogus ISO 9001 certs through email without audits. The mill operators point to ANAB’s failures and convince thousands of companies to buy certs online at cheaper rates, a practice that Oxebridge calls “getting your corruption wholesale.”

ANAB has so far declined comment on the various scandals.