Want to Join the AS9100 Committee? Good Luck! 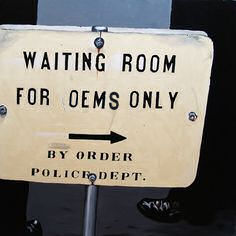 To test the theory that the IAQG isn’t really interested in allowing actual users of AS9100 join the ranks of those responsible for writing the standard, I thought I’d do what I usually do, and shove my head in the lion’s mouth so you don’t have to. At this point, I’m basically dental floss for felidae.

To be accurate, in the US you don’t actually apply to the IAQG or it’s American nephew the AAQG. The actual committee responsible for authoring AS9100 is the Americas Aerospace Quality Standards Committee, or AAQSC, which if said out loud is exactly the same sound a roach makes right as you step on it. It’s also called the SAE G-14, because … well, why not?

The official website of G-14 makes it seem pretty darn easy to join, which is in keeping with the mythology that it’s open to participation by anyone:

The application form doesn’t specify any particular requirements, although asks three questions which hint at something going on in the back of their heads. Specifically it asks about your:

Those points become important later on, but for someone filling out the application, it’s all very warm and fuzzy. At the end of the application, though, it indicates that by signing you “have reviewed and agreed to abide by the AAQSC Charter and any committee rules.” It doesn’t take an aerospace rocket scientist to consider that perhaps you should review the AAQSC Charter and committee rules first, but if you search the various SAE-hosted websites for IAQG, AAQG, or AAQSC, you won’t find them. I submitted by application anyway, and then asked Elizabeth Ray — the woman currently processing new member applications — if I could get copies. I never received a response to that question, and they couldn’t — or wouldn’t — produce the documents they demanded I read before applying.

That was the first sign this was going off the rails, and of course it just got worse from that point on.

Now there was never any chance the AAQG was going to let me near their chamber of secrets, no matter what the Sorting Hat of the industry at large said. So it became the usual exercise in the incumbent authorities having to figure out how to invoke some arcane rules to make it seem as if I couldn’t join, even if there was nothing in particular I was in violation of, or lacking.

First, Ms. Ray — who works for Rockwell Collins — tried to swing me over to the Liaison Membership, which is basically an email subscription service. You get updates on things the AS9100 committee is working on, but you can’t vote on anything.

An individual who is a liaison member still receives the technical report ballots and may provide comments. However, their approval/disapproval is not tabulated in the final voting. The liaison member does have full access to the AAQSC private website and can participate in the development of AAQSC standards.

Again, “participation in the development of standards” doesn’t mean anything if you can’t vote, but that’s the same line that ISO itself trots out every time it sends out a user survey that the TC’s alter ignore entirely. This is consensus via placebo.

So I pushed ahead on full membership, and asked about those missing documents I was supposed to have read. It took a while, but I never got the answer on the missing Charter or committee rules, and instead got an outright rejection. The rejection is a long-winded, tortuous thing, so I quote the entire thing; here’s a copy if you want to read it.

Breaking through the language that their lawyers apparently vetted before sending, they rejected me on three primary rationales:

First, that I lacked any previous “engagement” with the G-14 committee.  This isn’t quite true, since I am probably the most famous non-member of the standards committee, so much so that they had to shut down their entire LinkedIn presence after I raised the question of auditors accepting bogus client-written PEAR forms as evidence for certification.  If that’s not “engagement” I don’t know what is. What they meant, of course, is that you must first become a Liaison member before you can graduate to full membership. This rule — assuming it’s even true — doesn’t appear anywhere on the website or application form, and appears to be something they can invoke at random if you don’t have a Boeing or Honeywell email address.

Next, my participation would have somehow upset the careful “balance of industry stakeholders” that the committee strives to maintain. This excuse is just an outright lie, of course, since the committee is hardly filled to the brim with industry experts who represent vast swaths of AS9100 user organizations. Instead, the main players are nearly all from OEMs and CB organizations, with the other alleged stakeholders either barely represented, or represented not at all.  Maybe what they meant is that having anyone on the committee representing the people paying for AS9100 would upset everyone else.

Finally, they rejected me on the cryptic condition of “request to act as an outside advocate to an unidentified group versus as an individual participant.” I’m not sure what they are on about here, since I have no idea what an “outside advocate” is (although it points to their insulated, paranoid mindset) nor what “unidentified group” it is they think I represent. Maybe it’s so unidentified, I don’t even know who they are?

I went back and checked my application. I did include this on the form where it asked why I was interested in joining:

There is a need for improved end-user input and advocacy in the development of the AS91xx series of standards. The dominance of the primes must be balanced by equal participation by those buying the standards and paying for certification.

I clearly indicate that the advocacy is that to support “end-users,” so it appears the AAQSC has never actually heard of the word “end user.” Maybe that’s why they can’t imagine they exist, so must be “unidentified”? Very strange.

Most troublesome of those three, however, is this argument that “participating members function as individuals and not as agents or representatives of any organization or group with which they may be associated.” This is nothing less than an absolute twisting of the space-time continuum. Every participant in the voting structure of AAQSC represents their employer, which is usually Boeing, Lockheed or (in Ms. Ray’s case) Rockwell Collins. None are acting as individuals, and in every official presentation, they are always acting as authorized agents of their employers.  For example, this page lists the AAQG Council members — most of whom are also on the AAQSC — and includes a column dedicated to listing each member’s employer company.

Here’s a page from an AAQSC presentation that lists then-Chair Dale Gordon and his employer, Aerojet.

Really? When Buddy Cressionnie is working there, he’s not acting as an agent of Lockheed? Or Susie Neal for UTC? Tim Lee for Boeing? These are all just guys and gals representing their “individual” interests? Who believes that?

More likely, the AAQG simply doesn’t want the group I represent — the paying users of AS9100 certificates and standards — to be represented. But worse still, I’m not even sure you would want people working as individuals, since it would lead to a bunch of rogue agents writing standards devoid of context.

So there you have it. Another tortured explanation as to why the users can’t have a voice on the standards development committees. At least we know have the whole mess on record, which can only help my eventual dismantling of it.