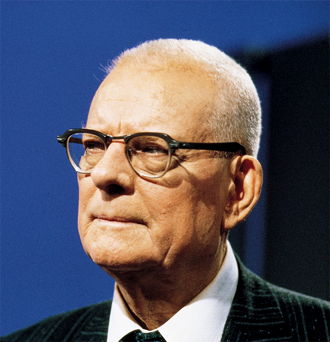 It’s generally accepted in the quality profession that W. Edwards Deming, despite have had a career that consisted mostly of him being ignored, was onto something. His “14 Points for the Transformation of Management” are considered a revolutionary way to view quality, and have been successfully used in major manufacturing organizations.

ISO 9001 has never much embraced Deming, despite them saying so. In fact, most of the requirements of ISO 9001 directly contradict Deming, as well as Juran, Crosby and other quality gurus. The new ISO 9001:2015 standard had an opportunity to correct this, but did they? Let’s see how the new standard stacks up against Deming’s 14 Points.

1. Create constancy of purpose toward improvement of product and service, with the aim to become competitive and to stay in business, and to provide jobs.

Since 2000, the ISO 9001 standard has emphasized continual improvement, but only to the extent of improving products or services, or the QMS itself. The standard has said nothing about competitiveness, and certainly nothing about providing jobs, a taboo subject within TC 176 that would never be ratified due to corporate influence in the standards-making process. This remains true with the 2015 revision. Grade: C.

2. Adopt the new philosophy. We are in a new economic age. Western management must awaken to the challenge, must learn their responsibilities, and take on leadership for change.

This one is a bit more difficult to parse in the ISO 9001 context. On its face, ISO 9001 says nothing about adopting a new philosophy, but it does have requirements for management responsibility and leadership. In addition, the adoption of ISO 9001 itself can be a radical change in philosophy for some companies. Here, ISO 9001 gets a higher grade, just for existing, but would rank higher if some more explicit language on this point were included. Grade: B.

3. Cease dependence on inspection to achieve quality. Eliminate the need for inspection on a mass basis by building quality into the product in the first place.

ISO 9001 has always failed horribly on this point, as it still relies on an inspection-based QMS, and says nothing about building quality into the product. Post-2000, the standard was improved by inclusion of the process approach, however; this approach, when implemented properly, helps reduce inspection since each process is assessed in real time to prevent defects before they occur. But poor wording regarding the process approach has plagued the standard, and this wasn’t much improved in the new 2015 version. As a result, there is still a de facto reliance on inspection in the standard. Grade: F.

4. End the practice of awarding business on the basis of price tag. Instead, minimize total cost. Move toward a single supplier for any one item, on a long-term relationship of loyalty and trust.

Perhaps one of Deming’s most controversial points, and the most outdated, the fact that ISO 9001 has not adopted this may be by design. It may not have been true in his day, but in modern times the reliance on a single supplier increases risk dramatically. Still, in assessing ISO 9001 against the point, we cannot come to any other conclusion than that it is not met, as ISO 9001 says nothing about the goals of single sources, and relies on suspicion (supplier evaluation and monitoring) rather than loyalty and trust. Here, ISO 9001 gets a failing grade, but perhaps it’s for the best. Grade: F.

5. Improve constantly and forever the system of production and service, to improve quality and productivity, and thus constantly decrease costs.

As we said before, ISO 9001 does include language on continual improvement. The new 9001:2015 standard maintains this posture. Grade: A.

6. Institute training on the job.

While not explicitly called out as “on the job training,” the ISO 9001 standard certainly makes training a priority. Grade: A.

7. Institute leadership. The aim of supervision should be to help people and machines and gadgets to do a better job. Supervision of management is in need of overhaul, as well as supervision of production workers.

Despite having a core Quality Management Principle dedicated to “Leadership,” the ISO 9001 standard only carries this idea half-heartedly into the actual requirements. Other standards, such as ISO 17025, have explicit requirements on supervision; it’s not clear why ISO 9001 wasn’t able to adopt similar language. As a result, companies can all give lip service to leadership and supervision and still comply with ISO 9001. Grade: C.

8. Drive out fear, so that everyone may work effectively for the company.

This one may be up to interpretation, but many argue that ISO 9001 creates a culture of fear, rather than working to reduce it. But this, I believe, is a result of poor implementation of ISO 9001, and not necessarily any built-in defect within the standard itself.  Having said that, ISO 9001 is silent on the subject, but probably because it would be difficult to create requirements that could address such an emotional concept. Grade: B.

9. Break down barriers between departments. People in research, design, sales, and production must work as a team, to foresee problems of production and in use that may be encountered with the product or service.

The process approach, when implemented in a progressive manner, can shift the focus from departments to the processes. However, this isn’t explicit in the standard, and there is no discussion of “teams” at all in the standard. The new ISO 9001:2015 standard fails to correct this error, and still relies on a top-down management approach, whereby senior management tells everyone else what to do. Grade: D.

10. Eliminate slogans, exhortations, and targets for the work force asking for zero defects and new levels of productivity. Such exhortations only create adversarial relationships, as the bulk of the causes of low quality and low productivity belong to the system and thus lie beyond the power of the work force.

Of course, and most famously, ISO 9001 has always overtly contradicted Deming on this point. Not only does ISO 9001 assume that companies must rely on a single slogan, known as the “Quality Policy”, it then hard-codes management by objective right into the text. The new ISO 9001:2015 standard continues this tradition, no doubt forcing Deming to roll a few more times in his grave. Grade: F.

11. Remove barriers that rob the hourly worker of his right to pride of workmanship. The responsibility of supervisors must be changed from sheer numbers to quality.

Well, you will never see the term “hourly worker” in the text of ISO 9001, nor even the word “worker.” Too Marxist. Standardizing “pride” might be a tough nut to crack, too, but we have to admit that ISO 9001 says nothing at all about this point, nor does it appear to have ever given it much thought. ISO 9001 does emphasize quality over quantity, so it’s not a total failure. Grade: D.

12. Remove barriers that rob people in management and in engineering of their right to pride of workmanship. This means, inter alia, abolishment of the annual or merit rating and of management by objective.

Again, “pride” is hard to standardize, but ISO 9001 nevertheless fails in meeting the point due to its reliance on management-by-objective and language that often pushes companies into “assessing the effectiveness of training” through annual reviews. Grade: F.

13. Institute a vigorous program of education and self-improvement.

Here the new ISO 9001:2015 standard comes closer to the mark, with its hints as education through Knowledge Management. But it’s not quite a “vigorous” program that is called for, and there are no firm requirements in this area, so companies will (again) be able to pay lip service to this and still maintain ISO 9001. A missed opportunity for the new 2015 standard. Grade: C.

ISO 9001:2015 does away with the inane “Management Representative” clause and tries to spread out the responsibility to others in senior management. But it still doesn’t circulate it much more widely than that, and still relies on a “safe” approach that sees top brass dictating policy and procedure to everyone else, and then ensuring compliance. There’s no requirement, for example, for top management to listen to employees; in fact, as of the DIS of ISO 9001:2015, employees aren’t even considered an “interested party.” (This may change with the FDIS version.) Progressive companies can implement methods to ensure full participation in transformation, but they’d be doing so in spite of ISO 9001, not as a result of it. Grade: D.