Is it Time for a Class Action Lawsuit Against ISO 9001 Registrars? 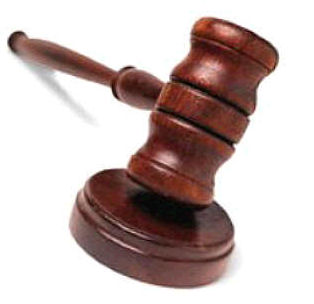 First, let me frame this by limiting it to the US (and possibly UK) where class action lawsuits are part of law. I can’t speak for other nations, and know that in many countries, there’s no such thing.

We’ve seen in the past ten years the following trends blossom into routine:

Finally, ISO 9001 is given to companies that routinely prove they are not following ISO 9001, and shouldn’t have it to begin with: BP Oil (Deepwater horizon), Inflation Systems Inc (Takata airbags), Boeing Dreamliner subcontractors, and more. There is a real and current risk to public safety being felt by the public, while dangerous products are released into the market. Yet until these disasters strike, somehow these companies maintain ISO 9001 certification.

Such a lawsuit would probably be targeted at ANSI, in the US anyway, for mismanagement of our only accreditation body, ANAB. ANAB ultimately allows these things to happen on its watch, and it’s time for them to answer for it. Since ANSI manages ANAB, they would be the focus. We can’t expect the deeply conflicted ANAB to police itself.

In the UK this would be against UKAS. There, however, UKAS is subject to actual laws, and a criminal investigation might even be warranted.

ISO 9001 end users have both an intellectual expectation and a legal, contractually-bound expectation, that ABs and CBs conduct their activities in accordance with what they claiming their marketing and their contracts. Failure to do so is a breach of contract and likely business-to-business fraud. Failure to do so when working under government contracts may well be criminal fraud. But in the end, such behavior reduces the value of ISO 9001 worldwide, making those paying for it the victims.

In response to pushback, the CBs and ABs have resorted to the worst kinds of “Chicago style” thuggery: threats, harassment, intimidation and bogus lawsuits. It’s likely we will see some of this on display, right here in this discussion thread, in about five minutes. What CB reps lack as far as good judgment, they make up for in abundance with complete tone-deaf ignorance of their own bullying tactics.

Maybe it’s time ISO 9001 end users got together to support each other, and forced the CBs and ABs to get their houses in order.