Meet Austin Wilkinson. The head of the UK firm Austin Wilkinson Demolition proudly announced his company achieved ISO 9001 “accreditation” (sic) on LinkedIn, attributing the work to his Office Manager, Ruth. Wilkinson was thrilled with how he had to do exactly nothing during the process, too!

I done the right thing and kept out of the way and she got all audited or whatever was needed (I don’t know what goes on, I just go out and get the work 😜) and Booom we are ISO accredited. 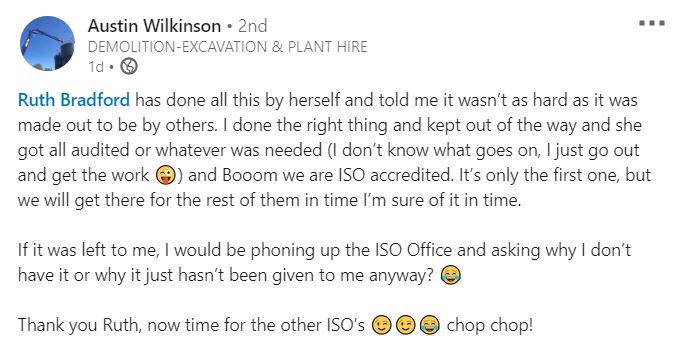 Wilkinson, apparently wholly unaware that ISO 9001 has entire clauses of the standard dedicated to “leadership” and “management commitment” and “management review,” then posted an image of his alleged ISO 9001 certificate, which hits all the usual certificate mill buttons: 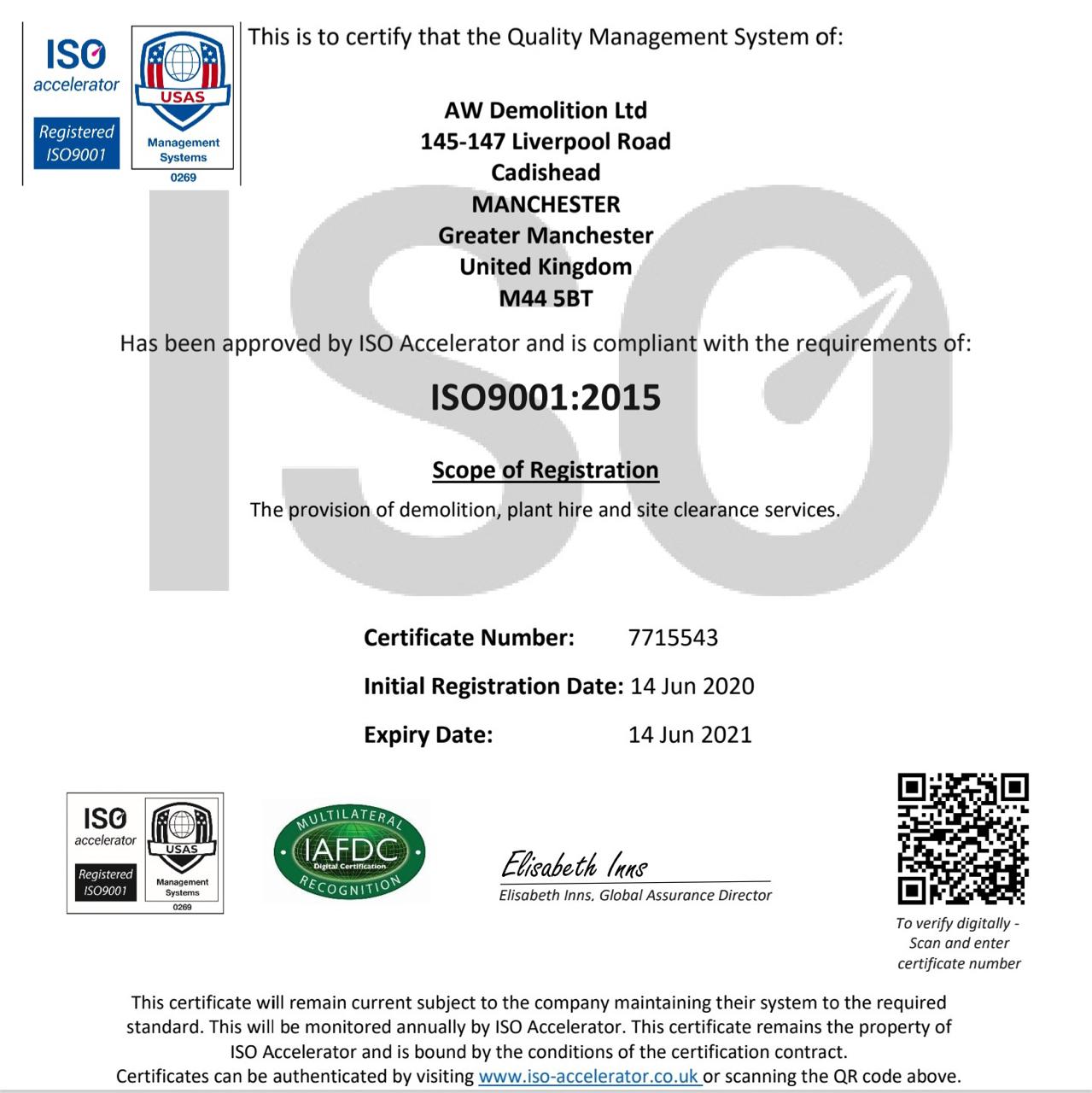 Repetition of logos to make it look like more logos? Check.

CB and AB names that sound like real bodies? Check.

QR code that only goes to a generic website page, and doesn’t actually verify anything? Check.

Sure enough, Wilkinson bought a certificate from a mill. In this case, “ISO Accelerator” offers the usual mill services, providing both the consulting and then the certification of their own work afterward. The company’s “office” is actually a tw0-bedroom house marketed as a “vacation home” due to its location near “Dinosaurland Fossil Museum” in Dorset.

They then claim “accreditation” by a company that sounds like UKAS, but isn’t, because it’s spelled “USAS.”

Now, there are two USASes out there. The first uses a ripoff logo of UKAS, because of course they do:

That USAS operates out of a virtual office location inside a Radisson Hotel lobby in New York, and has no traceable personnel behind it. The USAS LinkedIn page has exactly zero employees, so there’s no one to contact. Their website is out of date, lists only two registrars (neither of which is ISO Accelerator), and the search function doesn’t work.

But is seems ISO Accelerator is instead claiming accreditation from this USAS instead.  The logo is less infringing, but they do claim their only member is ISO Accelerator which should tell you something. This one operates out of a virtual office (again), but located in Florida.

It’s not clear if the two idiot USASes know each other, but I’d love to see them fight.

Meanwhile, ISO Accelerator and USAS # 2 claim membership in the IAFDC, which steals its logo from the official IAF one, openly engaging in overt trademark infringement. The IAFDC website is nearly entirely blank, with no address or contact information at all, which sounds about right for a shady accreditation mill operation.

All of the bodies market the same thing, indicating they are likely the product of one person: they all offer “digital” certification relying on no actual “physical” audits, but — which read between the lines — means they don’t actually audit, digitally or otherwise.

The only human behind all of this that can be verified is Elisabeth Inns, who signed the ISO Accelerator “certificate.” She’s real enough, bearing only a high school diploma, but nevertheless acting as “Global Assurance Director” for ISO Accelerator, and having no prior employment listed at all. It’s a sure bet she’s the owner of the house near Dinosaurland Fossil Museum. 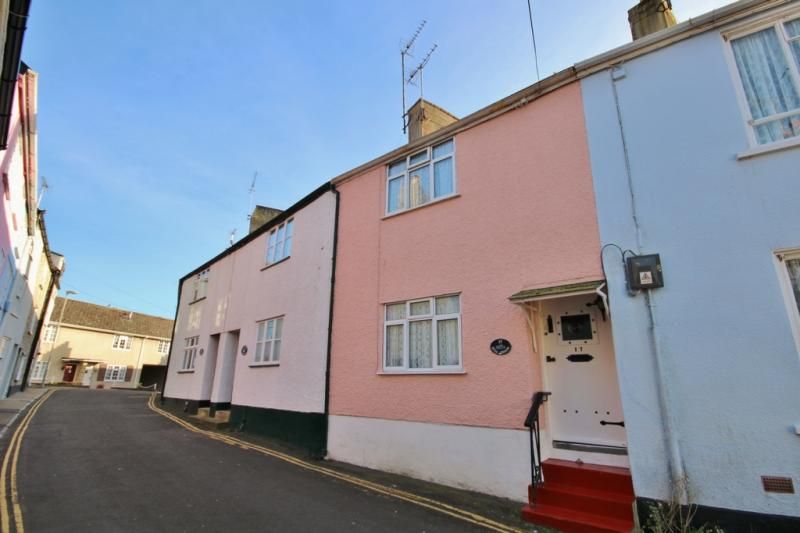 The alleged “office” of ISO Accelerator in West Dorset.

But Austin Wilkinson was not having any of this explained to him, no sir. When these facts were pointed out, Wilkinson did what any quality-minded organizational leader would do, and went full-on ballistic against the messengers:

After I did a bit of explaining about the need for management involvement, he piled on again:

Let’s recap. A guy who is doing demolition of buildings, where — if he gets it wrong — people can literally get killed, just bought a fake ISO certificate, boasted about how he didn’t know anything about it and had nothing to do with the quality system, and then fell into a profanity-laden rant against the people trying to help him by pointing out his mistake.

I’d push ahead with my own profanity-laden rant, as readers here know I am capable of, but will instead leave it at that.