TL9000 is a Stunning, Massive Failure 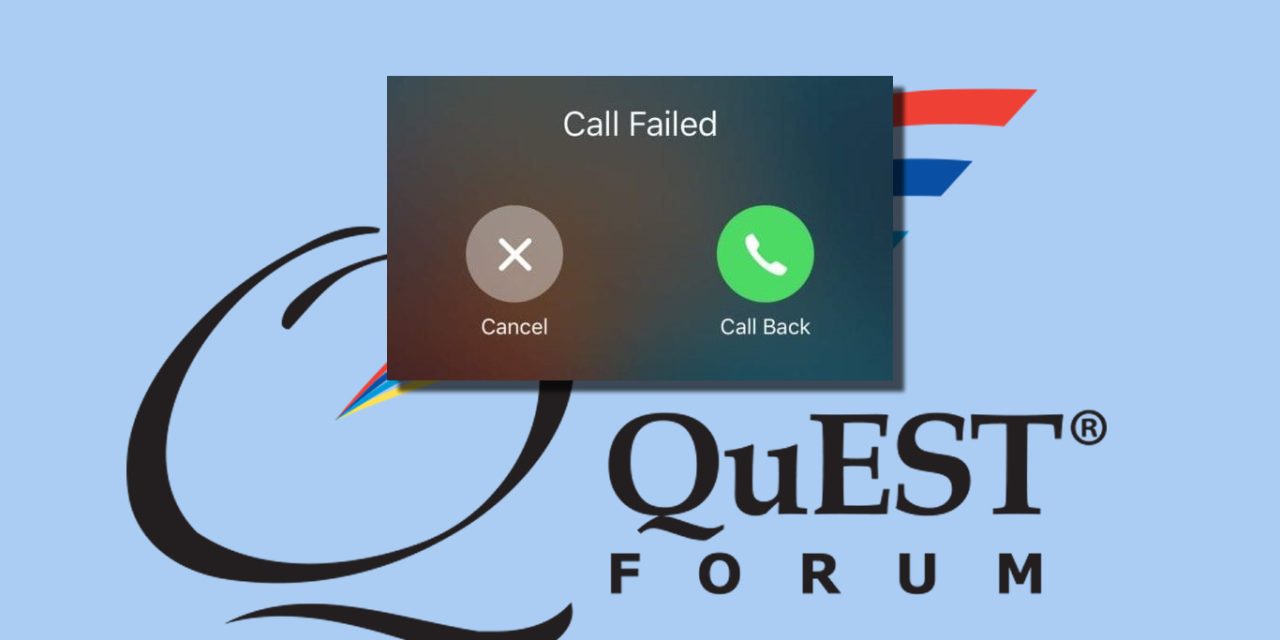 I have not paid attention at all to the TL9000 certification scheme since at least 2001, when I was first exposed to it. At that time, I was invited to be on the committee working on the TL9000 standard, but declined when I saw the massive size of the thing. It literally comes in volumes. At the time, I said to myself, “no one is ever going to adopt this thing.” I was right.

For those that don’t know. TL9000 is the telecommunications variant of ISO 9001, published by the Telecommunications Industry Association (TIA) “QuEST Forum.”  The TL9000 standard itself is based on ISO 9001, and so undergoes slavish updates every time ISO 9001 is revised, but then adds hundreds of pages of additional requirements and metrics on top of it.

If TL9000 is something you never heard of, you’re not alone — as I am about to reveal — but they have a constant presence in ISO committing meetings. When I was on TC 176, the TL9000 representative was Ashok Dandekar. In the current day, it’s ever-present gadfly Sheronda Jeffries. Jeffries, you may recall, has positioned herself to be everything, everywhere, all at once… she’s her own living multiverse. She sits on “boards” and committees for ANAB, AS9100, ISO, IAF and more. You can’t throw a cat in the ISO industry without hitting Jeffries. And her main credential — the one she is always introduced by — is her role in TL9000.

(Jeffries was suddenly removed from the IAF User Advisory Committee, where she had been tasked not with representing users, but convincing users to agree with IAF opinions. The silence of her departure suggests it was not a mutual decision, but it’s not clear who split from whom.)

Now take into account that TIA QuEST Forum then says this can be used by not only hardware manufacturers or installers, but also developers of any possible related software or supply chain components.

This makes the potential number of companies for the TL9000 certification scheme monstrously large.

In fact, TL9000 has failed utterly and completely. In its 22-year history, only 597 companies have been certified to TL9000, according to TIA QuEST Forum’s own public data. Here’s their own chart:

Source: https://portal.questforum.org/tl9000/stats/reg_locations_trend.jsf as of October 2022

That chart isn’t the clearest, so here is one (*) that goes into detail on certificates by Certification Body: 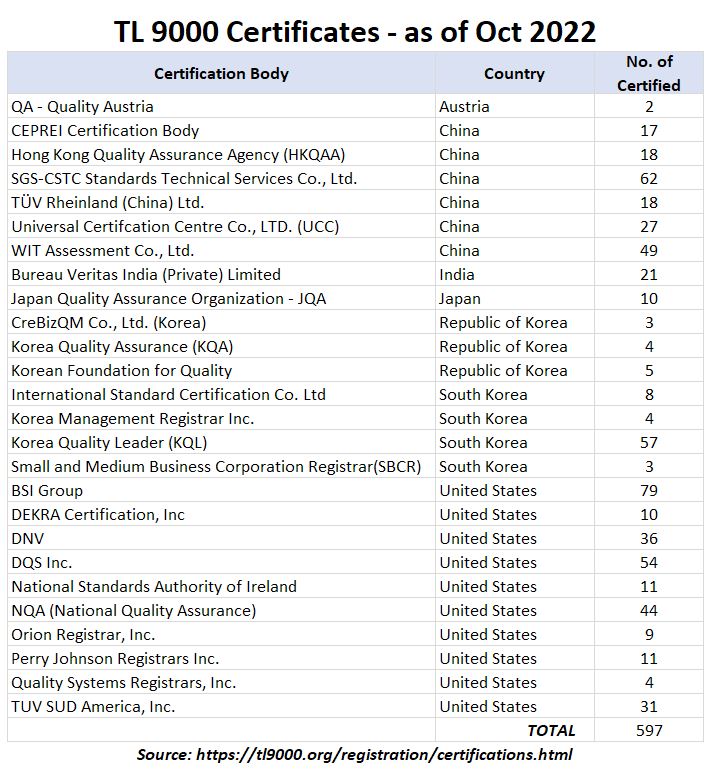 (No, I don’t know why TIA QuEST thinks the “Republic of Korea” and “South Korea” are two different countries.)

We can’t know for sure how many companies operate internationally in the ICT market, but using official US Census Data we can get some idea of the scale of the industry in the US alone.

I analyzed the Census Bureau’s data as of 2019 (the year where TL9000 only reported 500 certified companies, per the data above.) It’s a difficult job, but consider the following. If we only look at companies involved in work under NAICS codes clearly related to telecommunications and related equipment manufacturing, the number of companies operating in the US is over 416,000.

That would only constitute a tiny portion of TL9000’s target industries, which I listed above. That still would not include any service organizations at all, nor would it include any software developers. This is just searching for NAICS codes that clearly fall under traditional “telecommunications” industry categories.

If we start to add all the types of companies that TL9000 claims it can cover, the numbers quickly reach the millions.

289 out of potential millions.

And, remember, we can’t even count the potential market of international users.

So having spent 22 years to achieve only 600 users worldwide, and less than 300 domestically, TL9000 is nothing less than an indisputable, unquestionable failure of massive proportions.

If one sees the incredible number of appearances and “Liaison Reports” produced by TL9000 representatives — mostly Sheronda Jeffries, by the way — it doesn’t line up with the paltry level of TL9000 certified companies. Now factor in the career-level effort spent on creating the absolutely gargantuan TL9000 standard itself (over 100 pages spread out over 2-3 volumes), and you can come to no other conclusion.

This has been a huge make-work project for a tiny number of self-selected consultants.

Who are they? Fortunately, TIA QuEST Forum lists them on one handy reference page:

The TL9000 reality is indicative of the insular nature of standards developers who tie themselves into certification schemes. Allowing only the voices of (typically) a half-dozen or so consultants and conflicted actors, then denying all information that might show they are off-track, they continue blindly pursuing a pipe dream. In the case of ISO, it costs companies billions of dollars every years. At least with TL9000, it’s not costing much since everyone is pretty much ignoring it.

But it takes no effort for TIA and QuEST Forum to look at their own data and perhaps consider changing something — anything — to address the obvious refusal by industry to take them seriously. That’s particularly ironic since these same individuals have created a massive document that demands other people collect huge amounts of data to support endless metrics. Instead, like ISO, they reject their own data and push ahead, because doing otherwise might mean the unthinkable:

* The data on the TL9000 site is (likely intentionally) confusing. In some cases they report “organizations,” in other cases they report “companies” and in others still they report “locations.” The best data comes from the report of certificates issued by the Certification Bodies, which shows the real rate of adoption. That’s the table shown, just reformatted for clarity.