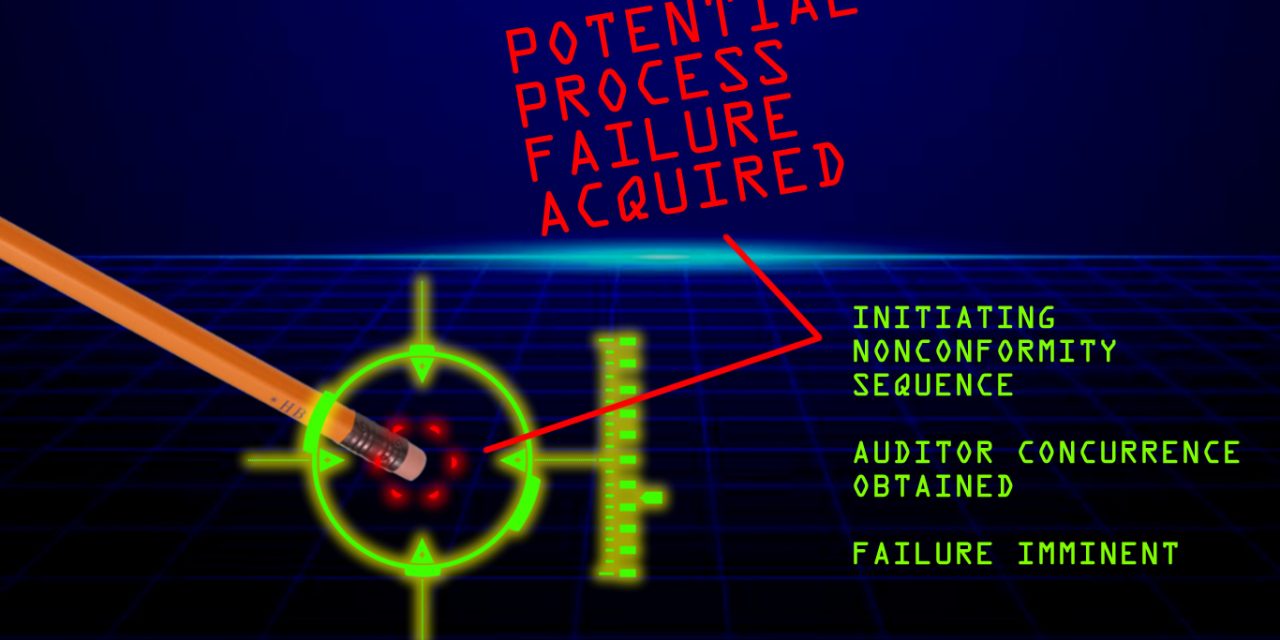 I posted on LinkedIn about the recent PRI/Nadcap debacle and their sudden re-interpretation of a decades-old anodize spec that will likely bankrupt many shops if left to stand. During that thread, many folks chimed in with similarly bizarre tales of incompetent PRI auditors dreaming up the most hilarious — if frustrating — audit findings.

I’ve written at length about how Nadcap accreditation audits are important and very much needed, but at the same time how PRI auditors are the worst in the industry. Surly, combative and often just outright angry, it’s as if PRI breeds them in vats filled with bile, vinegar and incel tissue squeezings. I now warn clients that they should just expect to have at least one wholly made-up finding from their PRI auditor, apparently just to justify billing for a half-day re-audit.

I’ll be collecting more “Auditor Horror Stories” for Nadcap as well as ISO 9001 and AS9100 audits, but for now, enjoy these gems. (Names removed to protect them from spiteful retaliation.) If you’ve got any to add, just email me.

I’ve had NADCAP auditors in the past try to find the “fuzzy” requirements to justify them writing up NC’s. We were doing a tape tests on some painted panels and the spec said to rub the tape in with a “pencil eraser.” We were using a regular eraser not on a pencil because they would wear out to quickly and guess what? We got an NC because we didn’t use an eraser that was on a pencil. Just nonsense.

I recieved an NCR for having a hardness written HRC 40 on a certification and was told it needed to be 40 HRC. Took two rounds to close out that NCR.

My best NCR was for using the wrong sharpie, after a 5 day audit! They did enjoy their lunches though.

I had an auditor ask me specifically where I store my hard anodizing additive. It was out of the blue. I walked him over to our bulk chemical storage and showed him. We would store the drum with the acids since the main component was glycolic acid. He asked for the SDS sheet and he pointed to the second component (1% concentration) which was glycerin. He said we couldn’t store that drum with the acids because if it were to come in contact with nitric acid then we could have nitroglycerin which is an explosive hazard. I tried to argue but he was having none of it and we got an NC for that. That question was so specific that it seemed like that was his “go to” for every audit to get a NC. He also only stayed for about 3 hours every day of our audit week and I caught him sleeping at least once a day.

The PRI fixation with clocks is legendary. I’ve had my own repeated run-ins where PRI auditors demanded wall clocks be calibrated, even when dwell time tolerances were within the minute, while demanding the clocks be within the “direct” view of the operator “without having to turn their heads.” Here are some related stories:

We had giant digital clocks on all sides of the shop and would make the operators count with the clock to make sure they got the water break done correctly.

Let’s do 8 seconds to be sure…parts get too dry…adhesion failures…scrap but hey! The water break was perfect!