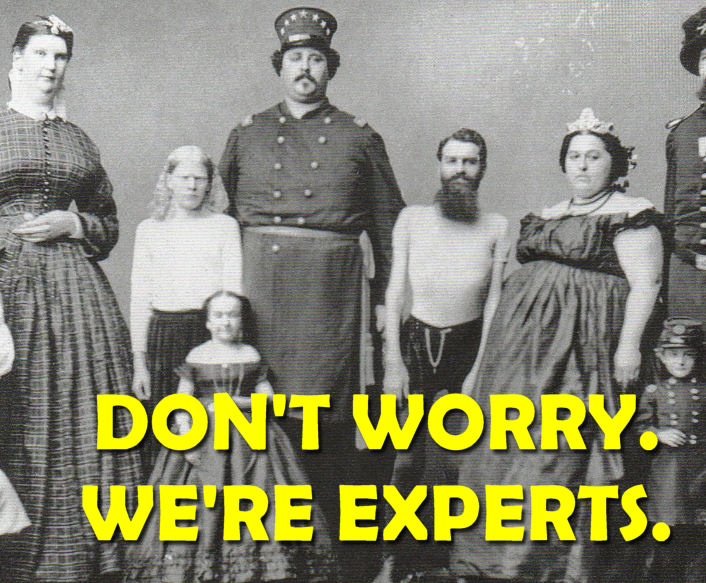 The leaders of the US Technical Advisory Group (TAG ) to ISO TC 176 continue to personally profit from their successful efforts at making the ISO 9001:2015 as confusing as possible, by selling deciphering services afterward. The latest evidence comes from Australia and the auditor training group Exemplar Global’s “Online Auditor Expo,” which features pre-recorded auditor training sessions by a group of TAG 176 leaders who almost entirely have not audited in at least decades, if ever.

The group includes, of course, Lorri Hunt, who boasted at official TAG meetings that risk-based thinking was “the biggest boon to consultants ever,” and who straight-faced called herself “one of the top, if not the top, US delegate to [ISO] TC 176.” Hunt (to my knowledge) has never worked as a certification body auditor and is long since removed from her prior employer Honeywell. For the Exemplar event, she presented “Auditing in a Technology World,” whose grammar-murdering title sounds like an 80’s DEVO song.

Joining Hunt is the one-term former TAG Chair Paul Palmes, who’s still out there peddling himself as an auditor despite his CB assuring Oxebridge he hasn’t audited for them for many years. Palmes presented a bit on “Effective Audit Time Management,” because presumably a slot on “Padding Your Resume and Getting Away With It” was taken by someone else.

Fellow TAG leader Denise Robitaille wasn’t about to be left out, despite no evidence (available to me, anyway) that she’s ever worked for a CB either. She presented “Risk-Based Auditing” because not only is she an expert on a thing she never does, but risk-based thinking, too, which is something nobody does because it doesn’t actually exist.

Lockheed’s bumbling jester Buddy Cressionnie is there, too, fresh from both the TAG 176 and the AS9100 committees, where he reigns supreme when not getting tangled up playing with a ball of yarn. Cressionnie, who was wholly unaware of Lockheed’s own QMS requirements while he worked there, is nevertheless schooling dupes on “Risk Management to Improve QMS Performance,” because now he’s a risk management expert, too. Biggest boon, indeed!

And of course — of course! — no event is an event without new furniture fixture Sheronda Jeffries installed at the microphone. Jeffries, who should have been giving a masterclass on “Ingratiating Your Way to Success,” instead put together an IAF publicity piece called “Increasing Confidence in Your Supply Chain:  Changes at the IAF including the IAF Database of Accredited Certification.” What the hell that has to do with auditor training is beyond me.  But Jeffries’ masters at IAF and ANAB will be pleased, and she’ll likely get a VP slot out of this someday.

The other events by non-TAG members are equally bad, and have nothing to do with auditor training. These include presentations on “Integrating ISO Certificates into Business Strategy” and “Integration of ISO Management System and Smart Cloud System.” Clearly, these are all subjects that consultants’ clients may be interested in, not auditors, thus pulling back the curtain on the entire sham.

So the corruption of the ISO standards development activity continues unabated, as the industry continues to reward its worst offenders and allow them to promote themselves at the expense of the entire planet’s trade system.