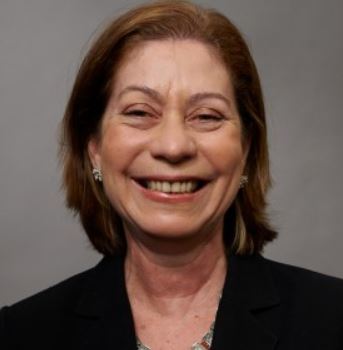 The certification body Bureau Veritas granted a directorship role to a former director of the Brazilian construction firm Odebrecht, which is at the center of a massive international bribery conspiracy. Odebrecht was found to have bribed high-ranking officials throughout South America to obtain over $3 billion in construction contracts in what has been dubbed “Operation Car Wash,” or Operação Lava Jato. These and other Odebrecht projects were then certified to ISO 9001 and other standards by Bureau Veritas, who acts as Odebrecht’s primary certification body.

The Operation Car Wash fallout has seen the arrest of multiple South American presidents, and has implicated dozens of Brazilian political officials, including one former president in that country. Peruvian ex-president Alan Garcia committed suicide as national police attempted to arrest him for his role in the scandal. Alejandro Toledo, another former Peruvian president, was arrested last week in the United States, where he was living after having fled Peru; his extradition back to the country is expected. Two other former Peruvian presidents are currently detained, either under house arrest or in prison, awaiting trials.

The chief executive of Odebrecht is currently serving a 19-year sentence for his role, and the company itself declared bankruptcy. The scandal was called “the largest foreign bribery case in history,” and yet Bureau Veritas — along with competing certification body SGS — continue to award Odebrecht projects valuable ISO and safety certifications, enabling them to continue to operate.

Nevertheless, the ties between Odebrecht and Bureau Veritas became stronger when BV granted a directorship position to former Odebrecht director Ieda Gomes of Brazil. Ironically, Ms. Gomes currently sits on BV’s “Audit and Risk Committee,” among other roles. Ms. Gomes held her position at Odebrecht during the period when some of the bribery had occurred.

At the same time, Bureau Veritas has ties with two other organizations found responsible for the Lava Jato conspiracy. Bureau Veritas maintains ISO 9001 and other certifications for Braskem, and appears to have the exclusive contract for all Brazilian certifications of that company. OAS holds SA8000 “social accountability” certification from BV. A third company involved in the conspiracy, Schahin (now Grupo Base) holds certifications issued by BV’s competitor, SGS. Oxebridge is currently investigating the relationships further to see if BV was directly involved in any of the projects central to Lava Jato.

Neither Bureau Veritas nor any of the other ISO certification bodies involved in the Odebrecht and Braskem conspiracies have faced any official investigations or questioning into what they knew, despite having unprecedented access to company records and staff during ongoing audits. Without the certifications issued by Bureau Veritas, Odebrecht might have struggled to gain access to the contracts that eventually became mired in bribery, since often such contracts require ISO certification as a precondition. Certification bodies such as BV often claim their audits are not intended to root out fraud, but have no answer as to why they continue to certify the companies after the fraud is revealed and the perpetrators arrested.

The Odebrecht scandal has been called “the largest foreign bribery case in history” by the US Department of Justice.