Sexism is Alive and Well in ISO 9001 Certification Bodies 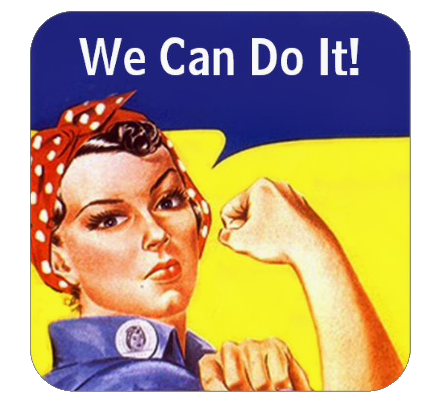 At least 50% of the population is aware that sexism is still a problem facing the world, but a portion of the remaining half doesn’t seem to get it. Worse still, there is nearly no discussion of the problem within the ISO certification scheme. But that doesn’t mean it’s not a nefarious problem that should be rooted out. It just means the old men running the show are protecting their little boy’s club.

Way back in 2000 I sat in on an audit where the opening meeting was scheduled to include the company president. The room was populated by me, the Quality Manager and a woman seated at the end of the table. The male CB auditor was at the other end, and was fiddling with his papers. When we asked if we could get started with the meeting, he said, “I’m waiting for your company president.”

You see, in his mind he couldn’t imagine that the woman at the other end of the table was the president.

It wasn’t the first time either. This particular auditor had gotten in hot water a few times for making off-color jokes about women, often right in front of them. But an aggressive salesman, he’s still working in the same CB, because he delivers too many clients to them.

In 2009, a client of mine had been undergoing an audit. My wife was part of Oxebridge then, and she was participating in the audit. The auditor knew she was my wife, but he didn’t care, and spent the two days trying to get her to agree to go to dinner with him. (Apparently he was one of those guys who likes to sleep with other men’s wives, in some weirdo alpha dog thing.) When my wife told me, I reported back to the CB that I didn’t want that auditor on any of my clients ever again, but did not reveal why. I kept his secret for years, but after he wouldn’t stop contacting me to promote his ISO 9001 book, I finally had to tell him what the problem was. Rather than back off, and recognize that I could have had him fired instead of keeping his dirty secret, he instead called me “a douchebag” and blamed me for the entire mess. Sick.

Fast forward to 2012 or so, and I receive a report that a CB auditor had been flirting so inappropriately with a female Quality Manager during an audit of a remote facility, she had to ask the hotel desk manager to tell the auditor she hadn’t’ checked in, because she was afraid he would try to get into her room. Sure enough, the next day the desk clerk reported the auditor had been asking for the Quality Manager’s room number, as late as 1 AM. He later said he just wanted to “go over documents.” Riiightt….

Now we jump to just the other day, September 2015, when I sat in on an audit alongside (get this) the ANAB witness auditors. In this case, the smug sexist CB Lead Auditor dropped a condescending, patronizing tone to the female VP of the company, a former colonel holding a number of Department of Defense service medals. At one point he blurted out, “I love strong women!” as if this woman needed his patronizing unsolicited approval. It was a painful moment, and revealed that the CB auditor was so alien to the idea of a female VP, he had to announce his support. Obviously, he never told any of the male executives “I love a strong man!” because that would sound, you know, kinda gay.

Creepier still, every time he spoke to the VP, he adopted a high-pitched tone and spoke in slow, simple words, like one might use when talking to a senile grandpa (“Now slow down, Pa-Paw, you know you shouldn’t walk so fast….”) Because, you know, female executives and former veterans have brains that don’t process words as fast as us men. Or something.

The ANAB guys didn’t even notice the comment, making the problem even worse. Apparently you can be offensive in a manner that would get you fired if you were an employee, but you get a free pass if you work for an ANAB accredited certification body.

While hard numbers are difficult to come by, it’s estimated that the ISO auditor pool in the US is comprised of nearly 90% men. Worse still, their average age is over 60, meaning the pool is largely made up of men who came up in a work era where sexism was not only tolerated, it was considered a normal part of society.

The irony is that while these guys allege to be masters of industry and management “experts” capable of sussing out complex problems in their clients’ management systems, while offering “value added auditing” against applicable legal requirements, they have less diversity and sexual harassment training than an 18-year old unpaid intern.

Sexism runs rampant in the ISO standards development scheme, too. While the US TAG 176 has a handful of women in leadership, they appear to take their marching orders from a few male leaders, and offer no competing viewpoints. In other cases of ISO TCs, there are nearly no women at all involved, and nearly none in Chairman positions.

What can be done? I usually like to end my pieces with some suggestion for a solution, but this one has me stumped. If society as a whole hasn’t fixed the sexism problem, I can’t imagine a way out for the sexist-dominated ISO industry.

Maybe we can write supplier nonconformities against CB auditors for contributing to a work environment that isn’t “calm, emotionally protective and anti-discriminatory”? Yeah, right.

If you have any ideas on how to fix this mess, post them in the O-Forum. Because I haven’t got a clue.