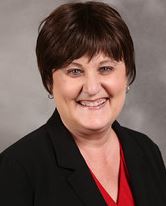 It seems some within the US TAG to TC 176 have had enough of Lorri Hunt. She’s facing a more-difficult-than-expected election for SC2 Chair, a position she currently holds. SC2 is the most influential subcommittee on the TAG 176, as it drafts the language for ISO 9001.

Now TAG elections have been moved by five days, to October 25, and Hunt’s competition — Sheronda Jeffries — has received a number of unprecedented endorsement letters, sent by email by various other TAG members who want her to replace Hunt as SC2 Chair. As you recall. I urged TAG members to vote for Jeffries, and the call seems to have struck a nerve.

To be clear, none of those endorsing Jeffries provided me with any information. I have to say that because I can imagine an enraged leadership trying to connect the dots between me and Hunt’s critics, and then punishing those members who dared not support her. In their minds, the US TAG members can’t actually form their own opinions, and I must be running everything from behind my little puppet theater.

Making matters worse for Hunt, someone in the leadership had the ASQ administrator send an email to members chastising them for sending endorsements to begin with. Once again, this smacks of abuse of power, with the incumbent leadership using the ASQ office to carry out their paranoid ploy to restrict the democratic process. As we saw recently, Hunt toady George Hummel wrote an email to TAG members denouncing communication between members, oblivious to the way such a move would be seen by … you know … people who have a functioning set of ethics. His actions can be excused, since certification body execs naturally lack such things.

Jeffries, meanwhile, did something that all the other candidates refused: she published a position paper prior to her election. Meanwhile, the TAG Chair candidates Paul Palmes and Craig Williams, refused to do so, like Alka Jarvis back in 2006.

It’s not all golden for Jeffries, though. An anonymous industry rep using the email address zippy68w@comcast.net wrote me and said Jeffries is “an Alka Jarvis subordinate at Cisco” and that her “independence is suspect.” Instead, Zippy wants Boeing’s Alan Daniels to get elected as TAG Chair, even though he’s not actually on the ballot. What Daniels has to do with Jeffries isn’t clear because, face it, Zippy68w is a drunk. What this does show it the dirty tactics some in the TAG are up to.

Privately, sources — and I mean that plural — tell me they are fed up with Hunt’s leadership style, which has grown increasingly secretive and authoritarian. They also raise concerns over her overt profiteering from her TAG duties, and claim she has been the most aggressive TAG leader to use her position to promote herself and her consulting activities. If so, that surprises even me, since traditionally Jack West and Charles Cianfrani have been the biggest abusers of their authority; Hunt is, however, a loyal supporter of those two, so she may have learned from the best.

Hunt, along with West, had already started doing $1,000-a-head speeches on ISO 9001:2015 as far back as 2011, before work had even begun on the standard. Presumably using psychic powers not granted to the rest of us mortals, Hunt’s presentation included fear-mongering bullet points on “How Radically Different Might the Next ISO 9001 Be?” and “Could the Proposed Changes Have Monumental Impact on MSS Users?” The speech also telegraphed their early decision to roll over and accept the rough abuse of the ISO TMB through its unilateral imposition of Annex SL, something the leadership never thought to challenge, despite it being a WTO violation.

Word is that some not only want Hunt to not get the SC2 Chair slot, they want her removed from the TAG entirely. That’s unlikely to happen, since there are no real rules on ejecting members based on discontent from other members, and let’s face it… she’s not going anywhere voluntarily. The only way she is leaving the building is if Cecil B. DeMille personally offers her a close-up.

Meanwhile, a source outside of TC 176 entirely reported that Hunt had to step in as convenor of an official TC 176 event, after the original convenor fell ill, and the resulting meeting was “chaos.” I haven’t been able to confirm that, since the attendees of the meeting are keeping quiet, so take it with a grain of salt. However, whatever happened does appear to have damaged the US TAG’s reputation abroad, since I am getting emails about it from outside of the US.

Pressure is also mounting on ANSI to investigate the TAG leadership, including West, Hunt, Cianfrani and Palmes, for their (alleged) decade-long efforts to use the TAG to promote their private consulting practices and to increase sales of their books. ISO and ANSI rules prohibit the TAG from being dominated by any single stakeholder group, such as consultants, and from operating with a purpose to enrich its members, rather than represent the needs of US industry.

And of course Oxebridge has filed a formal FTC complaint against the TAG, alleging unfair competition and abuse of authority, naming Hunt in that complaint. We haven’t ruled out a class action lawsuit, either, on behalf of consultants who have been victimized by the TAG leadership’s aggressive self-promotion.

In short, it’s a bad time to have the name “Lorri Hunt” on your driver’s license.

We’ve got a lot of dramatic reporting coming up in the next few weeks on some major departures of key figures in the ISO scheme, so it does appear the winds are changing. Just three years ago, a challenge of this magnitude against Hunt was inconceivable.