SAI Global Suspended From Issuing ISO 9001, AS9100 and Nearly Every Other MS Cert 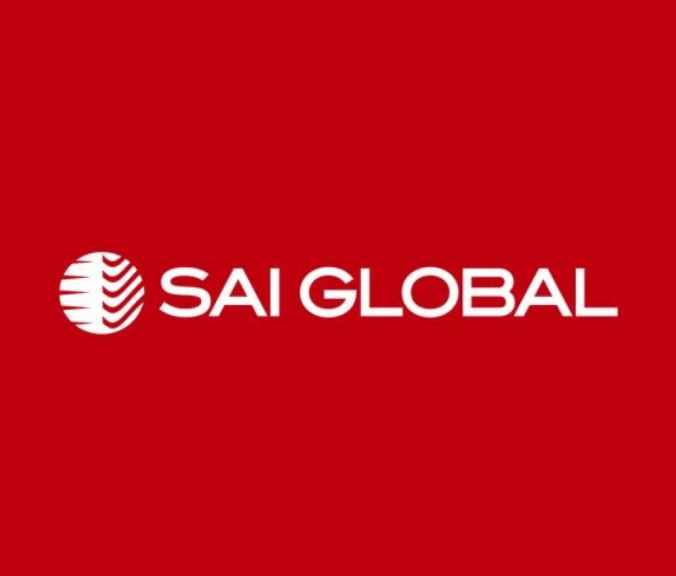 [Updated 15 February with SAI response below.]

This just came across my desk, and I’m still researching, but back on February 6th, ANAB suspended registrar SAi Global (formerly QMI) from just about everything. According to the listing on the ANAB site, SAI has temporarily lost its accreditation to issue certificates to ISO 9001, AS9100, AS9110, AS9120, TL 9000, ISO 14001 and more.

Here’s a screenshot from the ANAB listing:

Curiously, the IAQG OASIS database hasn’t been updated, and still shows SAI as accredited for the AS series of standards. It’s likely IAQG just hasn’t gotten off its ass to update the listing, since OASIS is a disaster and tech support is abysmal. Not trustworthy, as we can see.

A “suspension” is not permanent, whereas a “withdrawal” is. This means that SAI may regain its accreditation status at any time. The most common reason for a suspension is a failure to pay ANAB its fee, so we’ll see if that’s the case. If so, as soon as SAI pays up, the suspension will be lifted.

The alternative is scary, at least for SAI’s customers: it means something fundamentally went wrong, and that suspension could turn into a full-fledged withdrawal, effectively putting SAI out of business. At least until they switch to UKAS accreditation, who would probably take them with open arms. A shell game.

The temporary suspension means SAI can’t take on new clients, but can still continue to provide recertifications and transition other CB’s clients to SAI. Yes, it’s not at all clear why that’s OK while issuing “new” certificates is not. There’s a remaining question as to whether SAI can issue an upgraded certificate to ISO 9001:2015, since that’s technically not a “recertification” but it’s also not a fully “new” client. As usual, ANAB is cryptic to the point of confusing.

SAI has been a mess lately, as scheduling problems reported nationwide are impacting on their ability to assign auditors and set audit dates for existing clients. So far, at least five Oxebridge clients are currently at risk of losing their ISO or AS certification simply because SAI hasn’t set firm audit dates yet, and their certification expiration dates are approaching fast.

In addition, SAI was found to be one of the registrars uncovered by Oxebridge to have issued “problematic” AS9100 certificates to companies that the US Dept. of Defense’s Inspector General’s office later found to be wholly noncompliant with AS9100. Nevertheless, SAI never withdrew the certificates of these companies, even after the DODIG’s reports were published.

It’s too bad, because in prior years, SAI was one of the lesser-offending “big” registrars operating in North America. Customer service was generally OK, and auditors were more or less consistent. I wouldn’t want to go to an SAI wedding, but I also wouldn’t throw them from the roof the way I might to, say, NQA or Smithers.

Both SAI and ANAB owe a better explanation to SAI’s current customers and any potential ones. The fact that ANAB buries this stuff on their website, and doesn’t force SAI to even make a public announcement, is in keeping with the industry’s terror of transparency. You can bet that if it were Perry Johnson, ANAB would have taken out a press release on the New York Times.

I’ll update this post with more news as it comes in. In the meantime, if you have SAI as your registrar, you may want to start exploring your options.

On a related note, a few days ago I had a conversation with a class action attorney about this very issue, but (coincidentally) before this SAI news hit. Accreditation rules require that registrars have sufficient resources (funding, staff) to consistently provide certification to their clients; if a client loses that certification, whether because the registrar doesn’t have enough auditors or loses their accreditation in the middle of a contract, the attorney said that yes, the case would be actionable in court. Essentially it’s breach of contract, along with malpractice. Whether or not the accreditation body would be a litigant is not clear, however. That’s an angle I’m still working.

An SAI representative wrote me with the following explanation:

The suspension is only for new business for AS91XX.  It was strictly due to scheduling issues and a backlog of unscheduled audits.  We had a couple of key fulltime auditors leave SAI Global just as the sun was setting on the older versions of AS91XX causing the backlog.  The suspension will be lifted once we clear the backlog or August 5th, 2018 whichever is sooner.  We are not allowed to bring on new clients that require any AS91XX audit prior to Aug 5th, 2018.

ISO 9k and 14k experienced a similar backlog, so we are restricted from issuing new ANAB certs until the backlog is cleared as well.  We can however still perform initial audits and transfer audits as needed, but we will be issuing JASANZ certs.

I’m not sure this is helpful, as it appears to contradict ANAB slightly, but that’s because ANAB’s notice is so cryptic. What’s troubling, however, is that while ANAB can suspend a registrar, that registrar can just rely on ANAB’s competitor JAS-ANZ to look the other way and allow them to keep issuing certs anyway. At least that’s what I read from that explanation. It’s not like SAI’s staffing problems go away merely because it’s a JAS-ANZ accreditor looking over their shoulder vs an ANAB auditor. What it means is that JAS-ANZ cares about this stuff even less than ANAB. Which is on par with my experience with JAS-ANZ. They really are the worst.

The IAF promised some uniformity between accreditation bodies. That’s clearly not happening.

The subtext here is, yet again, the dogged insistence by ISO, IAF and IAQG to invent a two-year AS9100 “transition deadline” that no one asked for, and which the registrars can’t support. The IAQG has refused to accept a call for an extension of that deadline, and now the AS9100 end users are set to suffer. Susie Neal and the IAQG gang would rather watch an entire industry burn to the ground, and have companies rush together patchwork upgraded quality systems to meet a totally arbitrary deadline, than actually admit they screwed up and extend the dates.  It’s incompetence on a grand scale.