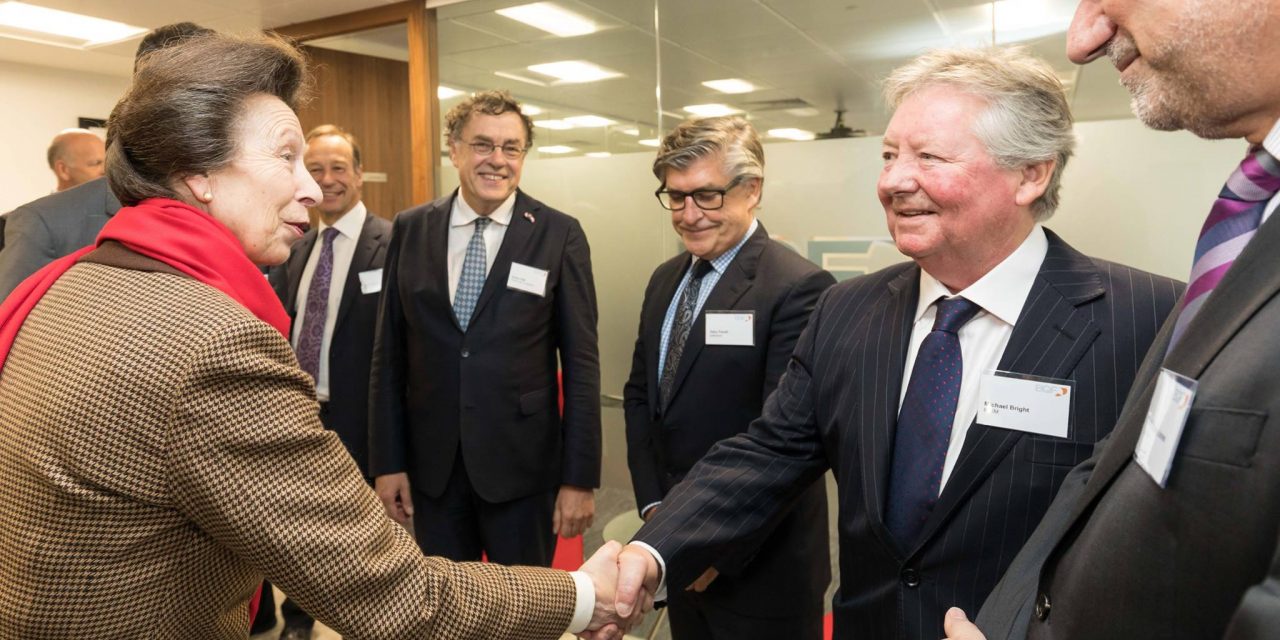 The British Quality Foundation isn’t pulling back from its full-throated endorsement of the unaccredited certificate mill QAS. As you may recall, QAS was found to have issued an ISO 9001 certificate to CJC Interiors in Leicester UK. The only problem is that the place was raided and found to be a front for a massive cocaine and heroin smuggling ring. For once, the answer to the question “what was QAS smoking when the certified these guys?” might be obvious.

It’s a black eye for QAS, sure, but they are likely to weather it. It’s been over a month now and they still haven’t demanded that the CJC Interiors website pull their logo down. They may think “any publicity is good publicity,” and — who knows? — maybe they are looking at the certification of illegal criminal enterprises as a new profit center.

It’s a bit less understandable, however, that the BQF is refusing to withdraw their “5-star Excellence” award which it granted, simultaneously, to both QAS and its consulting wing IMSM. The so-called “Quality Foundation” apparently doesn’t know that you can’t be a certification body and a consultant at the same time, and instead BQF just discusses the two organizations as being openly connected. Anyone with any industry savvy knows you should at least hide the relationship, not publicize it!

(Well, sometimes QAS slips up, and reveals that they work directly with IMSM. Such as this San Mateo CA web page, or this job posting. Or this LinkedIn profile for an IMSM consultant who accidentally revealed she also issues certificates for QAS. But generally, they try to keep that quiet until the sales calls.) 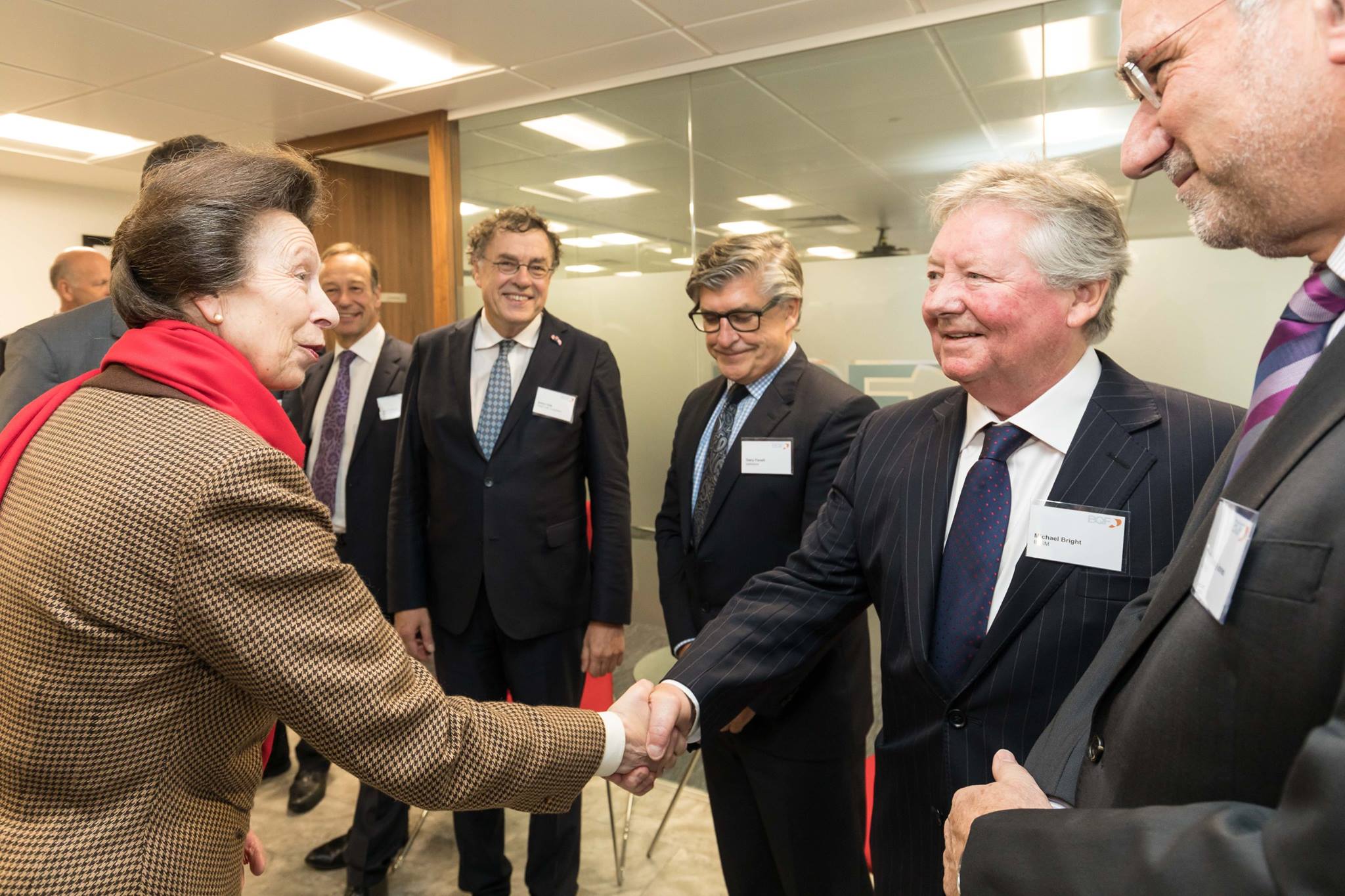 Which raises the question of what, exactly, is the BQF’s function? They appear to sell memberships, in some sort of updated Who’s Who model, and then grant awards to the people who buy those memberships. Then, presumably through some savvy marketing, they managed to dupe the actual Princess Royal of the United Kingdom — Princess Anne — into being a “patron.” The Princess now has the dubious distinction of having to speak at an event this year hosted by an organization that awards companies that certify criminals who will then go on to kill her own citizens. Awkward.

BQF could get in front of this easily, of course, and simply remove its 5-Star endorsement of QAS and IMSM. That would certainly help the Princess save some face. It would help clarify that BQF is not an organization that merely awards people for money. But it’s not doing that. And it’s not doing that intentionally.

Multiple people have notified BQF’s CEO Ian Swain about the problem — including the Princess Royal’s official Secretary — but Swain’s not budging. He’s refusing to comment on the scandal, refusing to denounce QAS, and refusing to pull the endorsement. He can’t say “I didn’t know,” because he’s been told. He can’t say “I’m confused” because it’s been explained to him. He could say, “I’ve been hit in the head with a lead pipe, and can’t think straight,” and I’d buy that, since it’s the only explanation that works. Because otherwise, their position is absolutely baffling. Unless QAS has some significant financial investment in BQF? I don’t think so.

Clearly, the BQF “Board” will have to act. I put that in quotes because typically these “Boards” are nothing more than symbols, with some names listed on a website, but not actually representing a function that ever meets or does anything, and which typically has no sway whatsoever over the organization’s management. You know, like ASQ.

But let’s be real clear: certifying a drug smuggling ring is a serious problem. QAS may have a perfectly reasonable explanation, but they are not talking. Despite being chatty with me during some preliminary emails, they went suddenly silent when I asked them directly about the drug smuggling report. They haven’t answered any questions since. Meanwhile, the owners of CJC Interiors are facing a very long jail sentence.

Someone should be answering for the fact that QAS gave them a certificate, and that should then begin the conversation of making the unaccredited certificate mills illegal. Real people are going to die from the drugs sold by CJC, which was able to present a “legitimate” face through the use of the QAS certificate and logo. This fact was pointed out, specifically, in a news article from the design industry website Dezeen’s reporting on the crime:

On its website, the company even claims to hold an ISO 9001:2000 certificate – a recognised industry measure of quality.

Certificate mills are increasingly found to be involved in borderline criminal activity, and at times full-on illegal acts, all while presenting a face of respectability. We have to tackle this problem.

But we can’t even begin to have that conversation if organizations like BQF are going to provide cover for the scandals. If BQF wants to have a place in UK business society, then it needs to act responsibly. They don’t need to publish a full-on retraction or denunciation of QAS, but they should pull the 5-Star award and stop promoting them.

Then, it might help if they got a little informed on how, exactly, quality certifications like ISO 9001 are supposed to work. Since, you know, “Quality” is right in their name.

UPDATE 14 March 2018: BQF head Ian Swain wrote to Oxebridge to acknowledge receipt of the concerns, but did not provide any comment on them.