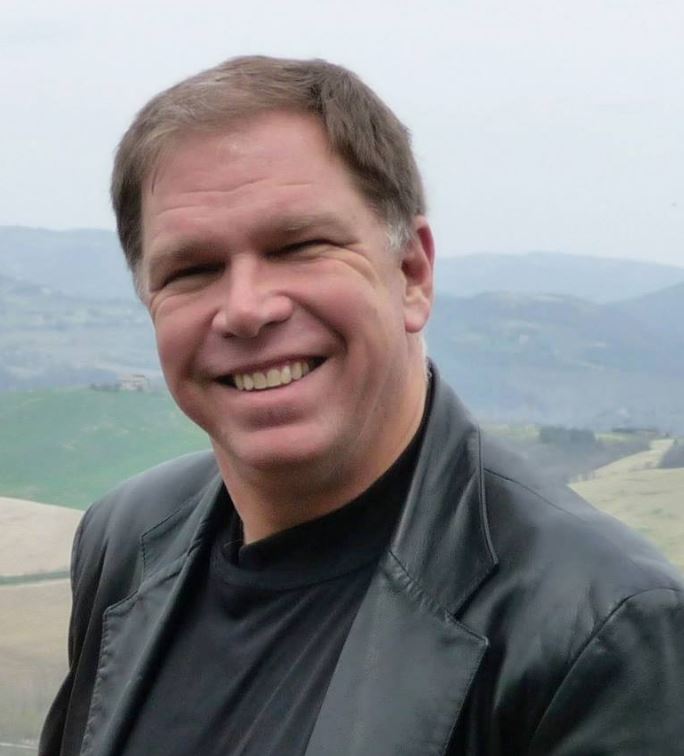 Mark Paradies over at TapRooT, an alleged root cause analysis expert, just published what would be, in any other time in history, a batshit crazy article if there weren’t so many other people parroting the same thing. The fact that a root cause expert published it just makes it all the more hilarious.

Paradies appears to be a far-right, fringe conservative, another guy who can’t keep his politics to himself even if that runs the risk of alienating potential clients. In his recent article on the coronavirus, Paradies says “I’m not blaming either political party,” and then goes on to list a host of FOX News talking points that downplay the seriousness of the virus, prioritize restoring the economy over the health of millions, and — finally — relies on that old comfortable saw of blaming the media.

I blame this lack of accurate information mainly on the press. I can’t tell if their scare stories are an overreaction, hype to add viewers, or real concern for the people affected by the virus and the government’s reaction. The blame focus of much of the reporting certainly doesn’t help. (Just as a blame focus in any root cause analysis makes finding the root causes more difficult.)

In case you missed it, in order to argue against blaming anyone, Paradies blamed someone: “the press.” Read the first sentence of that paragraph and then the last one. As I said, hilarious.

He goes on to trot out the usual tropes. “What is the real percentage of people infected in the USA?” he asks, apparently thinking the US government is a Deep State releasing numbers that aren’t “real.” Also, Elvis is alive and married to Bigfoot.

Paradies goes on to question social distancing. “Will social distancing really work to stop the virus spread?” he asks, followed by, “we are stuck with the only immediately implementable corrective action – social distancing – that we don’t have data that shows that it will be effective in the long term.”

Umm, yeah we do, Mark, but you’d have to know how to read first. Try starting with this, this, this or maybe this study by Dr. RJ Glass of Sandia National Labs, who wrote:

For influenza as infectious as 1957–58 Asian flu (≈50% infected), closing schools and keeping children and teenagers at home reduced the attack rate by >90%.

Paradies, instead, is worried about the economy, and apparently doesn’t much give a shit if people die coughing up blood in the mean time. Here he is prioritizing the — wait for it — oil industry:

Many of the industries we serve are being destroyed. The price of WTI crude was down to $23.60 per barrel this morning. Certainly, the price will rebound when the economy rebounds but for now, the oil industry is down for the count.

Ironically, Paradies ran a brief blog piece written by Barb Carr back in 2014 on Ebola, which suggested a healthier posture towards a pandemic:

With Ebola, root cause analysis is going to be key to avoid mistakes in the future, but this will require a culture where it is safe to admit to errors.

But, you know, facts suck.

The problem here is twofold. First, that an industry figure like Paradies would let himself fall victim to meaningless, conspiracy-theory propaganda that risks the lives of hundreds of thousands, as well as his own family and clients. He is being absolutely irresponsible in sowing doubt as to the effectiveness of social distancing and by falsely blaming an irrational “panic” brought on by a cynical “media.”

Next, remember that Paradies is supposed to be a root cause expert. That’s, like, his one thing. And yet when put into a real life situation outside of the classroom, Paradies ignores data, refuses thoughtful logic exercises, and repeats dangerous, fringe conspiracy theories straight out of QAnon.

Maybe the one benefit we can get from this nightmare is that it is exposing who we can trust, and who we shouldn’t.

Postscript: On March 24th, I attempted to add my comment to his article on the TapRooT website making my points directly there, but it was blocked. Paradies, in predictable fashion, is only allowing publication of comments that support him. You saw that coming, though. Here’s what I wrote back then (click to enlarge): 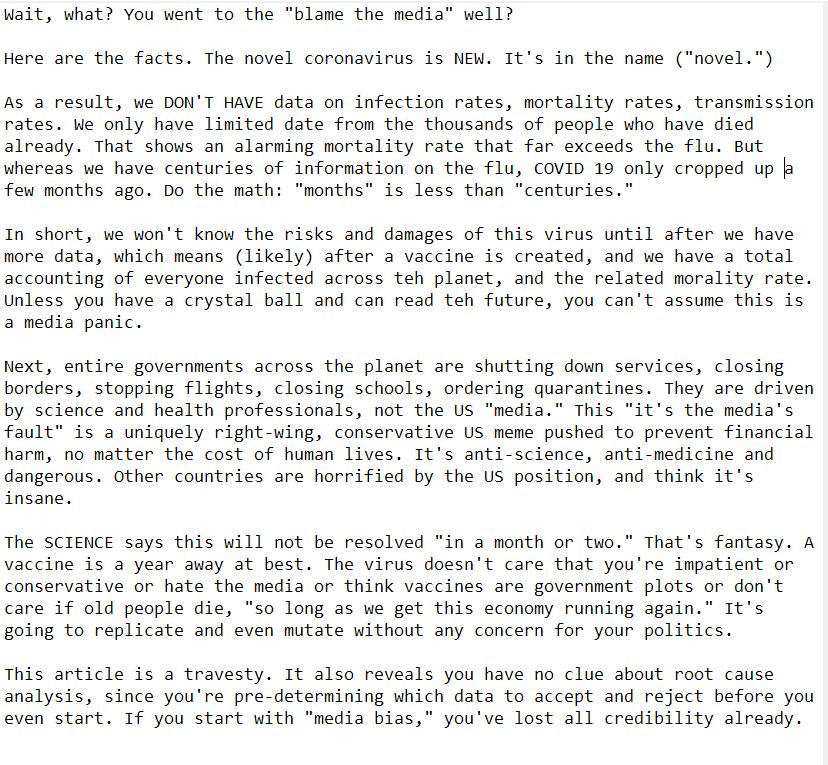