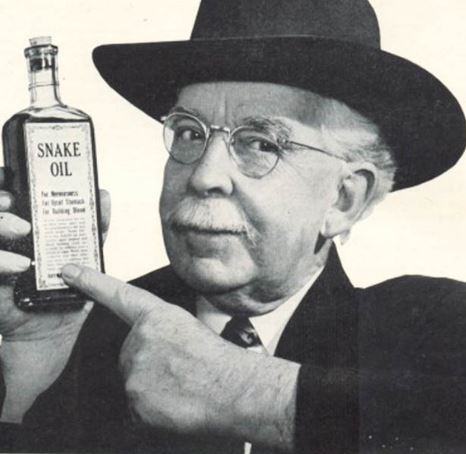 The lengths ISO industry consultants and sales reps will go to in order to spin truth is getting out of hand. It’s become routine to be able to point out the overt falsehoods in most of the marketing done by certification bodies, for example; just look at that Equifax reporting. Meanwhile, consultants are still insisting “risk was always implicit in ISO 9001” in order to sell their overnight expertise in risk management, even if the claim is patently false.

Now enter QMS software company IQS, who sells management system software packages for users of ISO 9001 and related standards. One of their target markets is the automotive field, so they thought it would be a good idea to link their IATF 16949 related products with a bold and totally false claim that the VW emissions scandal was all due to a “software glitch,” and one that presumably could have been resolved if they had just used IQS software.

As automotive manufacturers embed software into more products, quality management will only be more complex. Imagine what it will be like when autonomous vehicles become viable. IATF 16949 requires that automotive companies develop robust software quality processes. Take the software glitch that caused the Volkswagen emissions scandal as a perfect example of the consequences of poor software quality.

The takeaway for all quality professionals is that ISO-based standards like IATF 16949 have a different spin on quality. In short, the role of quality has expanded as a competitive advantage, which is why EQMS is so beneficial for compliance.

In fact, the software scandal was not due to a “glitch,” but a well-publicized and intentional injection of special software designed to illegally ensure Volkswagen and other vehicles passed emissions inspections even if the engines in the cars were operating outside of the acceptable specifications. There’s not a thing that the use of IQS’ software could have done to prevent this, and the problem wasn’t related to “poor software quality.”

For IQS not to know this they’d have to have missed the official EPA report that cited Volkswagen, and then the subsequent testimony by VW executives before Congress where they admitted the software was intentionally created to deceive consumers. IQS would have had to miss the resulting arrest of Audi’s CEO, Rupert Stadler, the resulting forced resignations of executives from VW, Audit and Porsche, a $16 billion recall effort, VW’s plea of guilty to criminal charges, leading a US court to order VW to pay $2.8 billion in criminal fines, and the charging of VW’s CEO Martin Winterkorn with criminal fraud and conspiracy.

Nothing about this was due to a “software glitch.”

The problem remains that in order to sell dubious products, ISO industry actors resort to the worst and most amateurish tricks, including this kind of misleading marketing. It’s a shame, because I am told IQS’ software isn’t terrible, and they really don’t need to do this sort of thing.

A representative of IQS was asked about the article, but has not responded.