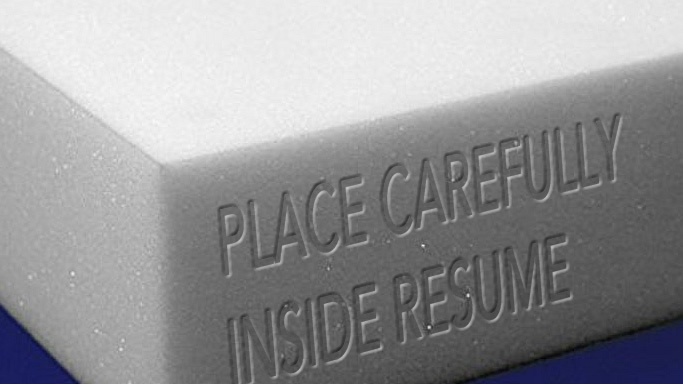 Just when you think it can’t get worse for the aerospace certification scheme, Probitas throws out a backwards decision that reminds us how they don’t really understand that airplanes can crash.

Recently I filed an official complaint against a certified AS9100 Lead Auditor, sending the complaint to Probitas. Bearing an uncomfortably awkward name that you probably shouldn’t say out loud in polite company, “Probitas” is the official SAE daughter organization which oversees aerospace Lead Auditor certifications. Among other things, the complaint reported that the auditor’s LinkedIn profile grossly misstated his employment history. The auditor claimed to be the current “Director of Quality” at an aerospace company, having been hired back in 2010. When I personally checked with his employer, however, they said that while he was hired in 2010, he left in 2013 — that’s only three years, not the nine he was claiming. Furthermore, they could not verify that he held the title of “Director” at all. (FYI: that doesn’t mean he wasn’t, just that their HR people just couldn’t verify it. But you’d think they’d know who had been a Director in their company.)

The complaint should have been a slam dunk. But you already know where this is going.

Probitas publishes a Code of Conduct for its certified auditors, which reads as follows:

As a condition for initial and continued certification, auditors are bound to act in accordance to the following Code of Conduct… I will not intentionally communicate false or misleading information.

Now, lying about one’s employment history is, literally, “communicating false or misleading information,” and generally considered a bad thing. Clients are known to use LinkedIn as the first place they go to verify their AS9100 auditor’s credentials, as they have the right to request a different auditor if they don’t like what they see. It also says something about the character of the auditor — if they are willing to falsify their employment history, will they falsify audit results? This stuff matters.

But it doesn’t matter to Probitas, who came up with a very unique decision on the matter,  clearing the auditor of any wrongdoing. Rich DeMary — the Director at Probitas — re-intrepreted Probitas’ Code in a … well …. unique manner:

There’s so much wrong with this statement, I’m almost afraid to let DeMary board an airplane for fear he might open the door mid-flight to step out and get some fresh air. His first sentence says, in effect, that Probitas doesn’t give a hoot if an AS9100 Lead Auditor candidate is found to be lying on his LinkedIn profile about his aerospace experience, since they just ignore that stuff. It “carries no weight,” says DeMary. The rest of us know that if a person is lying about his aerospace experience on LinkedIn while he applying for a Lead Auditor aerospace job, he’s probably not going to get any more honest while conducting AS9100 audits.

The second and third sentences of DeMary’s tortured explanation make things worse. What DeMary is saying is that not only can an auditor lie about his credentials when he’s applying to become an AS9100 auditor (“when the original authentication decision was made“), but can do so afterward, too. The only thing that matters is lying during the application process.

In short, Probitas puts on blinders, and only verifies exactly whatever the auditor candidate put on his application at the time of application. Anything before or after doesn’t matter.

Only in the aerospace certification scheme is lying about your aerospace experience not a disqualifier. Sigh.

Keep in mind, the Probitas Code doesn’t make the distinctions that DeMary does. Instead, it clearly says the rule against “intentionally communicating false or misleading information” exists as a “condition for initial and continued certification.” This means auditors should not show a propensity for lying before they get the certification, and certainly not afterward. They are to be held accountable for their behavior throughout the period they hold Probitas certification. DeMary is intentionally ignoring that.

The lengths DeMary went to in order to ignore the evidence was shocking, too. I literally provided him the name and contact information of the HR Manager with whom he could verify that the auditor had padded his work history, and he couldn’t be bothered to make a phone call. This guy could show up at your plant tomorrow, and Rich DeMary is OK with that. Presumably his check to Probitas cleared.

On his LinkedIn profile, DeMary claims 20 years at US Airways, but given his lax views about lying on LinkedIn, who knows? (If he’s getting indignant reading that last sentence right now, well, he set the standard, not me.)

So when you wonder why your AS9100 auditors show up and appear unqualified, unkempt and generally incompetent, remember that maybe their work experience isn’t what they said it was. But given the problems the industry has had with its AS Lead Auditor training exams, if they started kicking out auditors for lying, they might not have any auditors left.