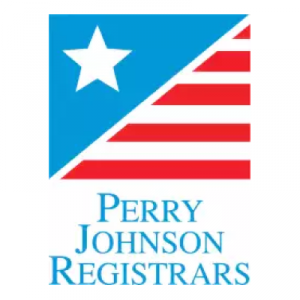 For decades, the name “Perry Johnson” has elicited controversy in the ISO 9001 space. Johnson launched one of the first ISO 9001 registrars, but also offered consulting services at the same time.  He was beaten up bloody by the other certification bodies, and the Registrar Accreditation Board (RAB, now ANAB) in particular. Eventually, Johnson was forced to split his company in two: the certification body Perry Johnson Registrars (PJR) and the consulting firm Perry Johnson Inc. (PJI).

Now, sure, it was probably a dumb thing for Johnson to keep his name on both companies, but he was never lacking in ego so he elected to risk the confusion and keep his brand intact. But structurally, what Johnson did was ground breaking: he created two separate organizations, under different leadership, that provided the two services, completely independent of each other. Johnson remained with PJI, and Terry Boboige took over the registrar company. The two were entirely separate companies.

Yet, prompted by the shared brand name, the PJ empire continued to be chastised for collusion. It just smelled wrong: two companies with the same name alleging to offer services that must be, according to ISO accreditation rules, entirely separate. But in the end, Johnson proved revolutionary for taking actions that his modern contemporaries would sneer at now.

Consider this: the registrar BSI now sells QMS software called “Entropy” or “Action Manager” that provides nearly the full gamut of consulting and implementation activities for systems which BSI later certifies. BSI even sells the software right inside its contracts for certification, and then goes on to claim that it somehow “objectively” assesses its software customers. Along with that software comes a binder full of documented procedures, covering topics such as how to conduct internal audits and perform corrective action. The documents feature a header that labels them “training modules” as if that alters the fact that they are, in fact, documented procedures. BSI claims it doesn’t audit these, and that they aren’t really procedures anyway. It’s like someone selling cocaine, but not getting arrested because the little baggie was labeled “fairy powder.”

Meanwhile, BSI auditors assess the crap out of the same offerings of other consultants, including those of Oxebridge. They even issue nonconformities or OFIs when they see things they don’t like. So we are supposed to believe that when the documents and software are provided by BSI, they aren’t audited; but when they are provided by anyone else, they are. Does that sound right?

Meanwhile, the entire thing has been blessed by BSI’s accreditation bodies, ANAB and UKAS. They insist there’s nothing wrong, even though Perry Johnson was forced to split his entire company in two for doing far less.

It’s not just BSI. Now multiple registrars have “preferred consultant” programs where they reward consultants for sending clients their way, introducing subjectivity into the audit process. As reported yesterday, Bureau Veritas claimed it couldn’t stop a consultant from marketing ISO 14001 certification as cheaper and faster when a client used both BV and the consultant; the result has been a cozy marketing gimmick that benefited BV for almost five years; the ABs haven’t taken action, either.

Year after year, CBs work to dilute accreditation rules by pressuring the IAF and ISO/CASCO, resulting in arrangements where rules were changed so they no longer need to maintain public listings of their clients, making it impossible to verify certificates now.  When held to rules, the CBs merely switch accreditation bodies, ensuring the AB with the least stringent oversight gets all the business.

Adding more hilarity to the situation is the fact that now ANAB is engaged in even worse conflicts of interest than anything Perry Johnson did. Alongside registrar Smithers, ANAB invented the “SN9001” standard for snow and ice management companies, then accredited Smithers as the only SN9001 registrar. Together both companies worked with consultant John Allin, who later engaged in co-marketing of SN9001 alongside Smithers. When we raised a complaint to ANAB alleging collusion, ANAB naturally found no wrongdoing. The entire mess creates an impossible tangle for ANAB: if they were to ever hold Smithers accountable to accreditation rules, they might have to de-accredit them for SN9001. But since there are no other SN9001 registrars, that would result in a class action lawsuit against ANAB, on behalf of all the SN9001 certified companies. So ANAB created a situation that is far worse than anything Perry Johnson did: it can’t enforce accreditation rules on Smithers because doing so would get them sued. Incredible!

Under the current IAF management, CBs can now consult with complete abandon. They can “partner” with consultants who market their services, and they can even issue certificates to companies found breaking the law. All the rules are thrown out, and the world is their playground. The ABs are powerless, since any attempt to enforce the rules risks them losing huge portions of revenue.

But that’s all okay, because at least Perry Johnson split up his companies.

So is it time to stop the charade and allow the two companies to merge back together? Would that result in some fantastic implosion in the industry, or (more likely) a big bunch of nothing?

For certain that probably shouldn’t happen. The firewall between certification and consulting needs to be re-established and then enforced with total uniformity. The IAF and ABs need to be held accountable for allowing the certification scheme to disintegrate into a pay-to-play scheme rife with conflicts of interest.

But instead of this happening, decade after decade, the industry hangs PJ out to dry. It’s unfair, and it needs to stop. Instead, the monoliths like BSI should follow the Perry Johnson model, and split themselves into separate organizations.

Then they should send Perry Johnson a “thank you” card afterwards.