The Oxebridge lawsuit against the self-accredited ISO certificate mill Guberman PMC LLC has already been cited as case law in an unrelated case.

In the case SEC v Kinetic Investment Group, the US Securities and Exchange Commission argued that defendants should be held in contempt of court for violating a court Order directing a freeze on assets. The SEC argues in its ruling that the defendants ignored the Order, writing, “instead, they have doubled down. They claim entitlement to keep the funds – and to get more.”

To make their case, the SEC cited the case Oxebridge v Guberman PMC LLC. In the Oxebridge case, the Judge ruled the defendants — Daryl Guberman, Don Labelle and Guberman PMC LLC — were in contempt of court for refusing to participate in the litigation, and for ignoring Court orders:

… Once the fully briefed and fully heard personal jurisdiction motions . . . were resolved against them . . . they decided the ruling was not to their liking, and they started defying orders to participate in the lawsuit.

The SEC then attached the Judge’s decision as evidence in its pleading. 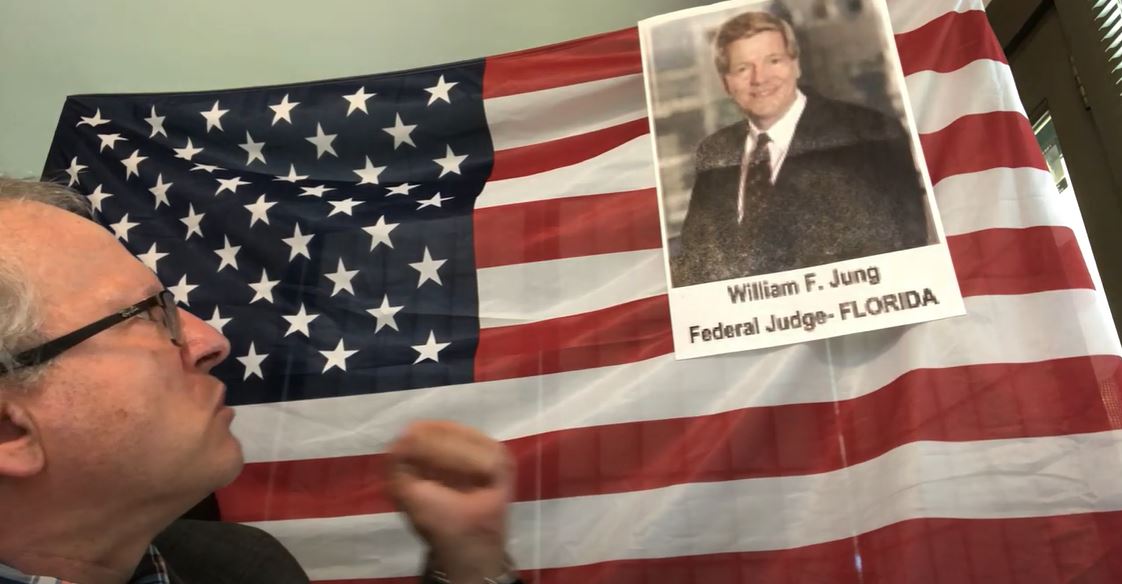 Guberman and LaBelle refused to abide by Federal Court orders during the case, insisting the court had not proven to their personal satisfaction that it had jurisdiction over them. The judge gave the defendants multiple attempts to correct their behavior over many months, but finally ruled against them and cited them in contempt. The judge awarded Oxebridge $1.6 million in damages, so far. Additional sanctions are expected.

Guberman has responded by attempting to sue the judge, which failed. He has now launched a series of YouTube videos where he shouts at a photo of the Federal Judge, claiming the case was rigged. He falsely accuses the Judge, his own attorney, and Oxebridge’s attorney of colluding and of bribery. In one video, Guberman appears unkept, unshaved and sweaty, shouting “Invictus!” as he boasts about his intent to defy the US Federal Court.

Guberman faces additional sanctions as a result of his actions, and may face arrest if he does not comply. He and LaBelle were already warned by the Judge that they face “coercive incarceration” if they fail to abide by Federal Court orders. To date the two men have refused to comply with a Court order demanding they remove defamatory and false claims posted by them against Oxebridge.

The SEC pleading may be read here.