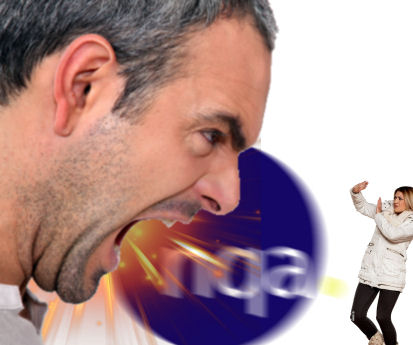 NQA-USA Quality Director Arlen Chapman was hit with an official complaint alleging multiple violations of accreditation rules after he engaged in an angry phone call with an AS9100 certified client who had hired Oxebridge Quality Resources to assist in resolving open nonconformance reports (NCRs). During the call, Chapman told the client they would have problems after hiring Oxebridge. Oxebridge maintains this amounted not only to defamation, but also violations of ISO 17021-1 which requires accredited CBs to remain impartial and objective in dealing with its clients.

Bizarrely, NQA President Kevin Beard responded to the complaint indicating that neither NQA nor Chapman had done anything wrong, setting a precedent that could allow CBs to circumvent rules prohibiting them from promoting certain consultants by allowing them to defame other consultants, thus achieving the same end.

The ISO 17021 accreditation rules are based nearly entirely on the concept of ensuring CB objectivity, and Oxebridge argues that harassing clients for their selection of a consultant the CB doesn’t like threatens this objectivity, and sets the stage whereby clients are forced to use only the consultants approved by the CB.

The client had been certified by NQA for years without incident until NQA changed auditors; the new auditor found 27 AS9100 findings, ranking 17 of them as “majors.” No changes had been made to the client’s QMS during that period. During that audit, the client reported the NQA auditor was so aggressive, office personnel were left crying; the auditor told the client he intended to fail them during the opening meeting, before the audit had even begun.

The client subsequently fired NQA, and transitioned to Dekra.

The call by Chapman raises multiple conflicts of interest issues for NQA. NQA operates a controversial “Associate Consultant” program, where NQA promotes a small set of consultants, many of which are also NQA auditors, and Oxebridge does not participate in that program. The original auditor who found no problems with the clients QMS for years was one of the consultants listed in the NQA program.

That program listed a number of other consultants who were simultaneously working as NQA auditors. NQA has since removed some public information about their consultant referral program after Oxebridge’s reporting on it, but the program is reportedly still operating. ANAB has refused to crack down on such programs, despite rules which prohibit CBs from recommending consultants.

Oxebridge filed an official complaint against NQA and Chapman within the OASIS system. NQA President Kevin Beard replied, claiming to have investigated the situation but found no wrongdoing on the part of Chapman. Beard’s response relies largely on fixating on the literal language of a single clause in ISO 17021, which prohibits CBs from promoting one consultant over another. Beard claims this rule was not violated, while ignoring the obvious context that allowing NQA auditors to harass clients who use an “unapproved” consultant still violates ISO 17021 regardless. It also opens NQA to risks of civil litigation by clients and consultants.

Oxebridge has escalated the complaint to NQA’s accreditation body, ANAB.

This is not Oxebridge’s first run-in with Chapman. In 2009, Oxebridge won a complaint against NQA after one of their auditors performed an audit of an Oxebridge client using an unpublished draft of the AS9100 standard. Chapman ruled that auditing to draft, unpublished standards was acceptable, a decision which was immediately overruled by ANAB. That client also fired NQA.

NQA is reportedly frustrated by reporting of its activities on the Oxebridge news service. NQA had certified the aerospace prime United Launch Alliance to AS9100, and yet in 2017 the US Dept. of Defense conducted an audit of ULA and found multiple 21 major nonconformities and another 43 minors. Despite this, UTC retained its AS9100 certification by NQA consistently before, during and after the DoD audit.

Oxebridge reported in 2013 that an NQA auditor gave official training presentations for CB auditors on how to hypnotize clients without their knowledge during audits. The auditor was not reprimanded for the bizarre presentation, and remains employed as an NQA auditor.

For years, NQA sales representative Andy Nichols engaged in online defamation of Oxebridge on the popular Elsmar Cove website, bragging about how Oxebridge founder Christopher Paris was “banned” from the site, making it impossible for Paris to defend himself. Nichols no longer works for NQA, but still moderates the Elsmar forums.

ANAB has acknowledged receipt of the latest complaint, but has so far not provided any updates.