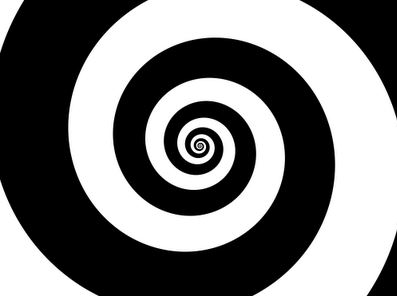 NLP is a form of subconscious communication co-invented by Richard Bandler, who adopted portions of Ericksonian hypnosis as a basis. Highly controversial, NLP attempts to program the subconscious of the recipient through the use of key phrases (“embedded commands”) and physical mimicking (“mirroring.”) When done in training or sales settings, the NLP is done without the knowledge or permission of the subject, in order to elicit a response favorable to the practitioner.  The practice has been debunked by numerous formal scientific studies over the past decades, and has been found to worsen symptoms in those with bipolar disorder, depression or PTSD. It has been linked to increased incidents of suicide in some subjects. Screencap of training materials of NLP & Coaching Institute of Colorado, where Randall was certified.

According to the resume of trainer and former NQA Southeast Regional Director Richard Randall, his presentation “The Human Side of Auditing” was presented twice at official NQA events. The first was at a February 2013 Semi-Annual Teaming Session, and the second was at an August 2013 Semi-Annual Client Session. In July 2013, Mr. Randall gave the presentation to the Americas Aerospace Quality Group (AAQG), prompting a formal complaint by Oxebridge to the AAQG and a request for the International Accreditation Forum (IAF) to formally denounce the practice.

Mr. Randall claims to be a “Certified Life Coach” and a “Certified NLP Practitioner.” Neither of the credentials are accredited. He has conducted third party ISO 9001 and AS9100 audits for ABS QE, Intertek, NQA-USA, Smithers & UL.

Ironically, NQA did not respond to an invitation by Oxebridge to present “Six Sense Auditing” to train its auditors on gathering evidence using senses other than eyesight; in the Oxebridge presentation, the notion of “six senses” is used humorously, and is not intended to train users on nonscientific or psychic methods.

Defenders of the Randall presentation claim that he never used the word “hypnosis,” however even a casual check on the history of NLP reveals its roots in the practice.

According to the website for the  NLP & Coaching Institute of Colorado, where Mr. Randall received his NLP certification, hypnosis is part of the training he received:

The institute also offers specific NLP Hypnosis courses and markets the debunked “Fast Phobia Cure” which alleges to cure deeply-held phobias in only five minutes. The training also included the “Visual Swish Pattern,” a pseudo-scientific mental exercise relying on imaginary visualization to  “act out your undesired response at present – and learn how to replace it with a positive and empowering self image”:

Take the postage sized [mental] picture of the new you and push it further and further away from you until it is just a tiny speck. I like to visualise this little picture stretching all the way back to the moon, where I load it with an unimaginably powerful rocket launcher.When you’re ready to Swish, fire your rocket or elastic band at full power. As the new image comes hurtling towards you, becoming bigger and richer and bolder – send the old cue image in the opposite direction, armed with its very own rocket launcher, making it darker and smaller and less powerful and flying away from you.Some people like to make an audible “Swish” sound when they do this – I guess it’s the sound you’d imagine these memories to make as they fly past each other.

Mr. Randall commented on the criticism, calling it “ludicrous” but without offering any explanation or defense.

Oxebridge has argued that NLP and hypnosis have no place in objective, third party auditing services, and may create the potential for certification bodies such as NQA to be sued for damages or gross negligence by clients who are exposed to NLP without their permission.