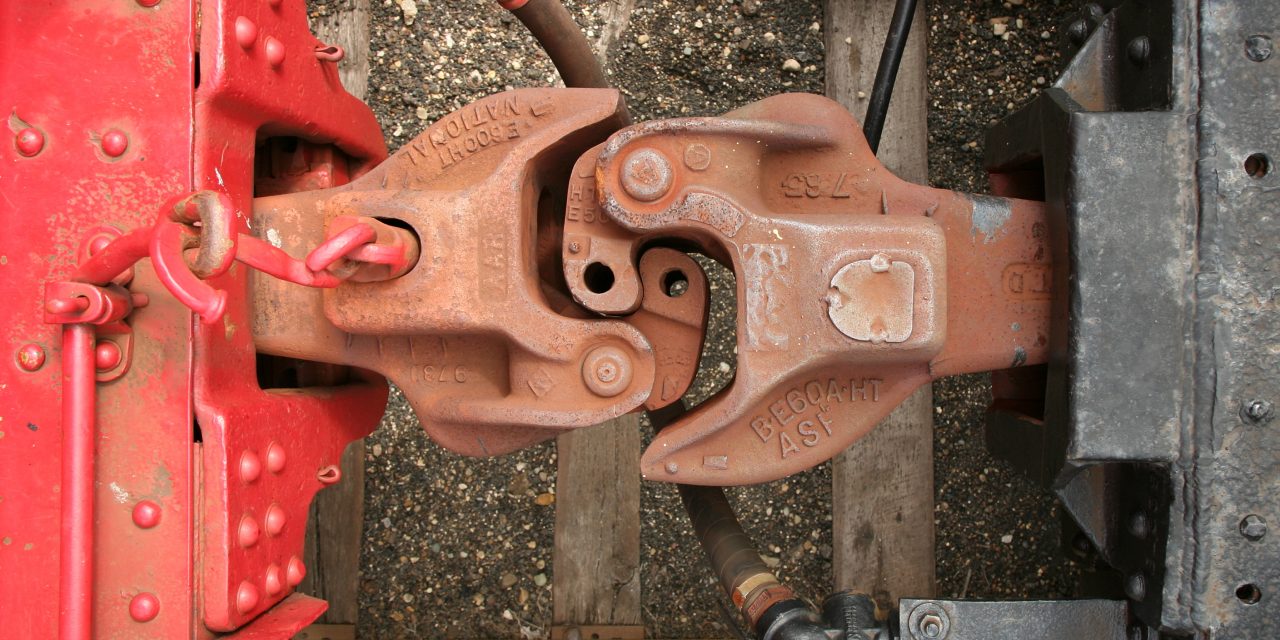 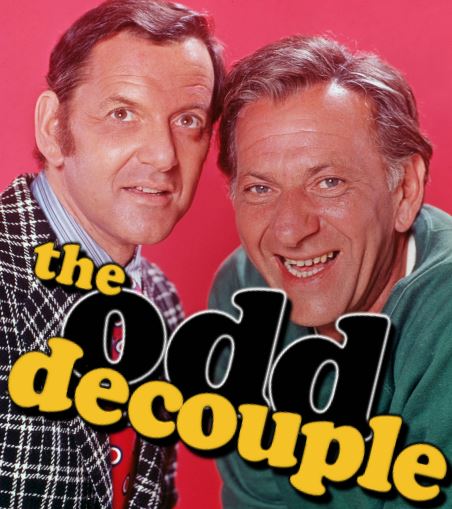 ISO 9001:2015 was a controversial standard for a number of key reasons. First, ISO abandoned — if not outright violated — its own rules that insist ISO 9001 be written by a representative body comprised of delegates from ISO member nations. Instead, ISO allowed the majority of new ISO 9001 text to be imposed through a document written by the non-elected ISO “Technical Management Board.” The TMB obeys no rules on ensuring ISO member representation, and can effectively write anything it wants, even in violation of WTO principles. By forcing TC 176 to accept its “Annex SL” mandate, the TMB developed the bulk of the new standard’s content without international participation or proper consensus.

Next, TC 176 was ordered — through the TMB Annex SL mandate — to “include risk” in some form or another, while simultaneously crushed by an aggressive publication deadline set by ISO, which demanded the standard be ready by September 2015. ISO makes no money when standards languish in committee, and only when they are published on the ISO webstore. The risk approach rushed onto paper by TC 176 was a bastardization of some made-up concepts, insipid metaphors and phony talking points, cobbled together and labeled “risk based thinking,” all created to meet a publishing deadline, and which actually rejected public and stakeholder input on the subject. “Risk based thinking” not only has never existed in any professional discipline — including either quality management or risk management — but contradicts decades of established risk management practices, definitions and approaches. This immediately infuriated the risk management profession, but worse, it alienated two key industrial sectors whose standards had already addressed risk management in more traditional terms: aerospace and automotive.

Disgruntled, both industries signaled that their respective standards might “decouple” from ISO 9001. Currently, both the AS9100 (aerospace) and ISO/TS 16949 (automotive) standards include the text of ISO 9001, through a publishing arrangement with ISO, and the certifications are inextricably linked to ISO 9001. As the publication deadline grew closer, the IAQG (responsible for writing AS9100) and IATF (responsible for ISO/TS 16949) threatened, privately, that they’d abandon alignment with ISO 9001, and not only divorce their standards from ISO, but also their own entire certification schemes. This meant that all ISO 9001 text would be removed from both standards, the ISO name would be dropped from the cover or any references, and the standards themselves would no longer be published by ISO, but instead by IAQG and IATF respectively. For the certification scheme, this meant the IAQG and IATF would break from the current accreditation scheme run by IAF-member accreditation bodies such as ANAB, and instead create their own schemes, with themselves as the final accreditation bodies. In short, both industries would take their balls and go home.

ISO ignored the warnings, filled with an arrogance fueled largely by BSI cronies and inept TC 176 consultants. In 2013, I submitted an open letter on behalf of the automotive and aerospace industries, called the “Public Call” document, which pleaded with ISO to temporarily stop development of the rushed ISO 9001 drafts in order to reconsider Annex SL and the specific gripes of the car and rocket crowd. Faced with a resulting flood of public support for the Public Call, TC 176 Chair Gary Cort took the unprecedented step of issuing a public rebuttal, and then promptly quit TC 176 entirely. From Geneva, ISO not only refused the Public Call, they responded instead by threatening to sue Oxebridge — twice — for bogus trademark and copyright claims. In one threat, ISO’s Wall Street lawyers argued that mere “discussion” of ISO draft standards was an illegal violation of copyright and trademark; in another, they claimed it was infringement for anyone to use the word “ISO 9001” in any professional context without ISO’s permission, such as saying “I am an ISO 9001 consultant.” Oxebridge defeated both claims, citing “trademark bullying,” and they were dropped by ISO before they ever made it to court.

Legal wranglings aside, the point was that nothing was going to stop ISO from publishing ISO 9001 in September of 2015, even if the standard was half-finished and universally loathed. They would hire expensive Wall Street lawyers to ensure a smooth publication, if they had to. They would force out their own Chairs. They would ignore breaches of ISO and WTO rules. ISO took the idea of “publish or perish” to a new level of literalism.

Throughout it all, I and others continued to warn ISO that automotive and aerospace were going to decouple, taking with them all the profits ISO makes on the sale of its precious 9001 flagship, and eventually stealing both certification schemes, too. ISO refused to respond, and its agents — off the record — continued to dismiss the arguments as nonsense. In April of 2015, however, sources within the IAQG and AAQG revealed that internal discussions had been held wherein members openly planned for a 2020 decoupling of AS9100 from ISO, through a two-stage process: first, they would release AS9100D in alignment with ISO 9001:2015, and simply muddle through the conflicts over risk management that the merging of the two standards caused. Meanwhile, IAQG would boost its efforts to break free from the ISO-linked certification and accreditation scheme, by throwing the accreditation bodies — such as ANAB and UKAS — under the bus, and thus become their  own accreditation body. By 2020, IAGQ would published AS9100E, which would no longer align with ISO 9001 nor contain any of its text, and joint ISO/AS certifications would forever be forbidden. In the future, they planned, if you want AS9100, you get it only from IAQG accredited registrars, and neither ISO nor the IAF make a dime on any of it. I spoke to ANAB’s Randy Dougherty about this, and he was caught completely flat-footed; he had heard nothing, meaning the IAQG had successfully hidden their machinations from him.

Similar discussions were rumored within the automotive industry’s IATF, and famous automotive mouthpiece Joe Bransky wouldn’t comment, but was rumored to be vehemently on one side of the argument, to the point that he quit the IATF entirely after having worked with the group for decades. The pile of bodies under ISO 9001:2015 was growing. Internally, many members of the IATF argued for continuing ISO 9001 alignment, while as many others argued for decoupling. In the end, an arrangement similar to the IAQG’s aerospace plan was developed: the next version of ISO/TS 16949 would align with ISO 9001, and include it’s text, but steps would be taken for an eventual decoupling.

Now we see that the plan is unfolding. IATF has announced that the next automotive QMS standard will not be named “ISO/TS 16949” at all, but instead “IATF 16949:2016.” This only appears insignificant to those who can’t see the writing on the wall, which in this case isn’t even on the wall, it’s right in the title of the standard. “ISO” has been dropped, and now it’s an IATF standard. That means it’s not subject to any ISO development rules, and it will be primarily published by the IATF, not by ISO. That’s millions of dollars in publishing revenue snatched away from ISO, nearly overnight.

While the IATF is publishing phony-sounding press releases pretending this remains a partnership (they call it a “win-win” for ISO and IATF), they nevertheless make it clear that IATF — not ISO — will be the publishing house. This brings tremendous revenue into the coffers of IATF, which previously had to yield its revenue (and possibly pay a licensing fee) to ISO. Now it’s the other way around. The financial blow to ISO is huge, but the loss to ISO’s world power is even worse. (You can read more of the official IATF “Transition Strategy” here.)

Meanwhile, the IAQG aerospace scheme, led largely by Boeing reps, is facing a crisis resulting from an unforced error: by tying AS9100D to ISO 9001:2015, they also tied themselves to the three-year “sunset” deadline: this rule says that all ISO 9001:2008 certificates will expire three years after publication of ISO 9001:2015, meaning September 2018. For ISO 9001 users, they have will have had three years to make the transition, and history shows that most companies wait until the last minute (or they abandon the certification entirely.) But IAQG still hasn’t published the new AS9100D, which is tied to ISO 9001:2015, and is not expected to do so until later this year. As a result, aerospace companies will have only two years to update their systems before their old AS9100 certs expire. One representative from Lockheed Martin told me that there is simply “no mathematical path” for its facilities to upgrade in time, and that many — if not all — will lose their certification as a result. This problem is, again, created by the publishing house; in this case, the standard is done and ready, but European publishers are not ready to translate and release the document, so they pressured SAE — who publishes the standard in the West — to hold off, so SAE didn’t get the entirety of AS9100D sales.

Anyone thinking that these standards are about industry improvement, quality or safety should allow the scales to fall from their eyes; this is about publishing revenue, and nothing else. The standards bodies like ISO, IATF and IAQG are the world’s biggest vanity presses, taking the unpaid labor of duped “volunteers” and then publishing their work for profits that are retained, entirely, by the publishing houses. Which begs the question: why take advice from any author of such standard since the fact of their willingness to be so duped reveals a complete lack of understanding of business fundamentals?

It’s an ironic twist. The TMB attempted to “standardize standards” through its Annex SL mandate, in order to make it easier to undergo audits for multiple standards. But their hamfisted arrogant “take it or leave it” approach alienated major industries, and now it has unwittingly caused the exact opposite to come true. We are seeing the beginning of the decoupling era, where companies will return to multiple audits for different standards carried out by different certifying bodies, at double or triple the cost. While there are some benefits to this breakup — ISO and the IAF should be investigated for violations of law, and any reduction in their global authority helps increase the likelihood of that happening — the majority of the suffering will be felt by the end user organizations of such standards.