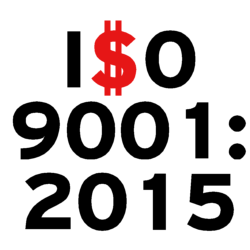 The marketers as Jack West’s American Quality Institute (AQI) seem to have been born without the necessary organs that detect irony, since their latest promotion is to include a free set of noise-cancelling headphones if you attend an ISO 9001 seminar given by West and his TAG co-author Charles Cianfrani. 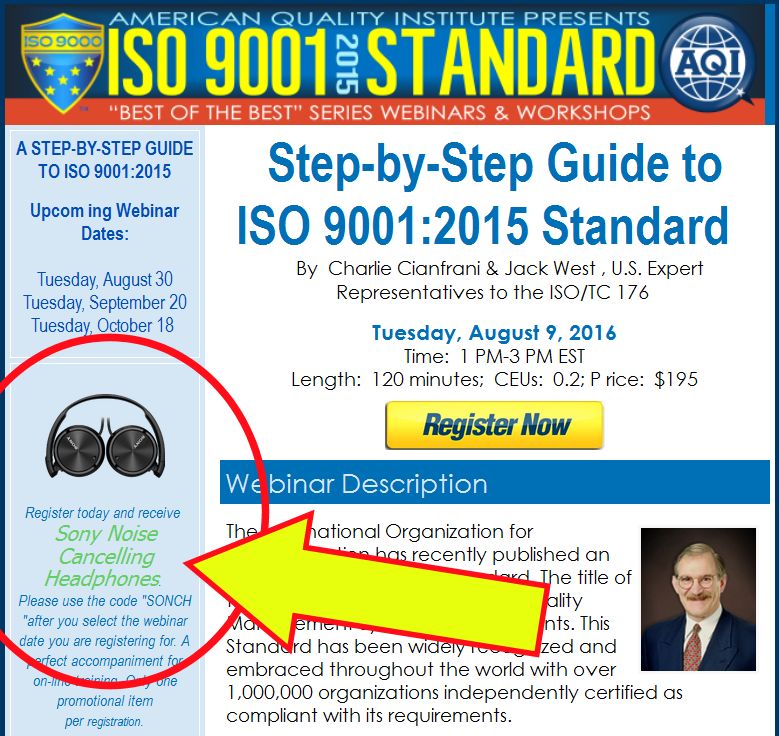 The AQI seminars are the de facto top ISO 9001 seminars in the United States, being operated by West, Cianfrani and fellow US TAG 176 leader Lorri Hunt. The consulting group neatly closes the loop on conflicts of interest, since the AQI leadership also acts as the leadership of the US TAG 176, the group responsible for developing ISO 9001. In the past it was suspected that the US TAG’s over-infestation by consultants in its leadership ranks was a problem, but during the development of ISO 9001:2015, official minutes published by Lorri Hunt showed the team boasting how the new standard would be “the biggest boon for consultants ever,” a promise they realized when they approved ISO 9001:2015, and then used the AQI machine to promote the books and seminars of Hunt, West and Cianfrani, among others.

So not only has the AQI arrangement resulted in a tiny subset of self-picked consultants reaping the bulk of business due to their self-appointed positions on the US TAG, it also ensures they fill the consulting space with bad information that is likely to drive up costs on ISO 9001 users, making them do work that’s not required, while ignoring other requirements — the ones the TAG guys don’t understand — entirely. It’s an incestuous mess that’s probably a violation of a number of US fair trade laws, but without a class action lawsuit, nothing much can be done about it.

The fact that AQI is, itself, responsible for the majority of “noise” coming from ISO consultants is hilarious given that they are offering free noise-cancelling headphones in their spam mails. The best noise-cancelling solution is, of course, to ignore AQI and its pack of conflicted cronies entirely. And that you can do entirely for free.