Latest ISO President Has Ties to China, Too 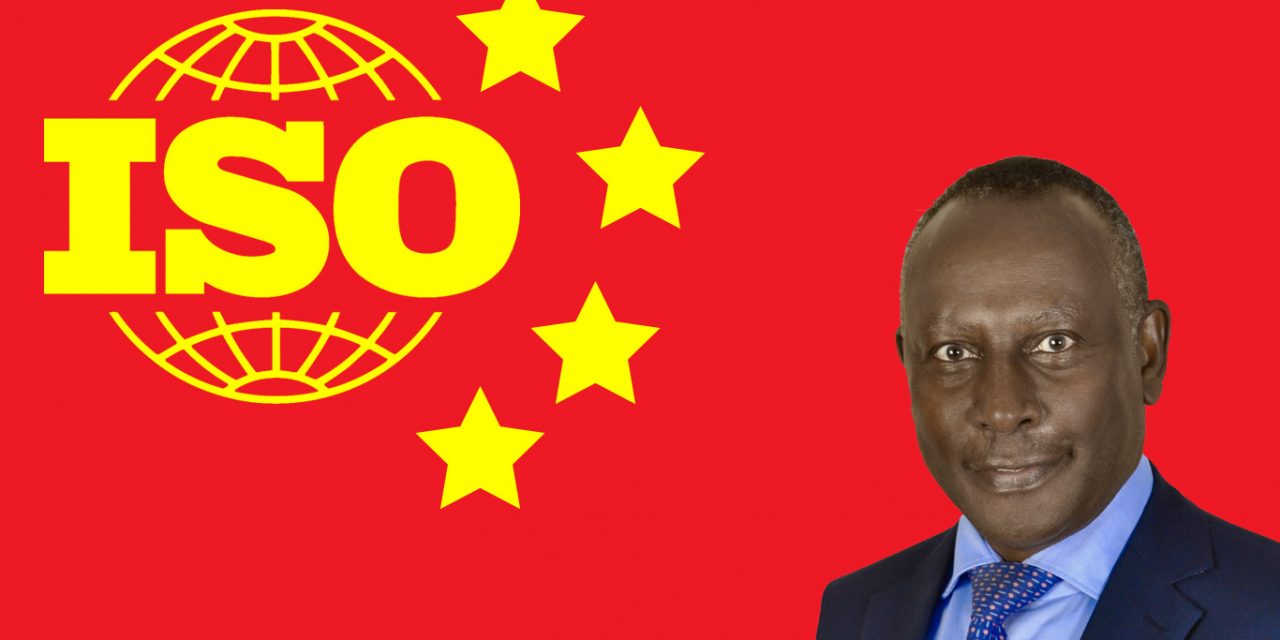 China’s curious influence at ISO continues, with the election of Eddy Njoroge of Kenya taking the reins. At first blush, it would appear the election of the former Kenyan electricity industry leader is as far as you could get from Beijing, but that — as always — would be wrong.

China’s domination of ISO gained full steam in 2015 with the election of Zhang Xiaogang, a Chinese executive who simultaneously ran a massive state-run enterprise formally sanctioned for steel dumping. In 2016, the EU slapped punitive tariffs up to 23% on Angang Steel, a company run by Zhang and discovered to have dumped hot-rolled steel at prices below cost. Such problems didn’t phaze Zhang, nor ISO, who allowed him to keep running the world’s largest standards developer, no doubt to the benefit of his own company and that of China itself.

Things didn’t improve when John Walter of Canada took over for Zhang. Walter’s LinkedIn profile brags that he “was appointed as an advisor to the China Standardization Expert Committee (CSEC) of the Standardization Administration of the People’s Republic of China (SAC).” In his prior role as ISO’s Vice President of Policy, Walter made at least one trip to China where Chinese media reported the meeting “reached extensive consensus” on matters related to China’s influence in standardization. Walter is the CEO of the Standards Council of Canada, that country’s accreditation body.  SCC’s announcement of Walter’s election to ISO President features a photo of Walter at the 2016 ISO General Assembly Meeting, the hosting of which was awarded to China. Sure enough, under Walter’s rule, ISO remained a promoter of China and Chinese policy, never once condemning Chinese human rights abuses.

During Walter’s tenure the ISO’s Deputy Secretary-General, Nicolas Fleury, received an oddly instantaneous “Honorary Professor” credential from Qingdao University in the People’s Republic of China during a 2018 conference in which ISO lent official recognition of a facility there.

Now Njoroge takes over, but has his own history that telegraphs a few more years of supplication before the altar of Beijing. Njoroge left a lucrative and monstrously powerful position at KenGen, the Kenyan national electricity firm, without much explanation. Having previously lost a shot at the President’s chair to Zhang in 2015, Njoroge brings some curious baggage that points to his own “Chinese problem.” In 2008, Njoroge is accused of having manipulated bids on a $65 million electricity contract, using his role as KenGen boss, to ensure it was won by China’s Sinohydro Corporation.

Prior to that, Njoroge was investigated after KenGen awarded a contract to Great Wall Drilling Company worth $90 million. In 2013, Njoroge awarded another contract, worth $19 million, to the Chinese firm Synopec International for steam field development.

His entire career at KenGen in marked by repeated accusations of corruption or curious deals whereby under his leadership, huge contracts were awarded to foreign countries under suspicion of graft. He has so far avoided arrest and prosecution, however, something largely suspected to be due to his connections with the highest seats in Kenya’s government. In many cases, those contracts were given to Chinese firms who later were found to have not followed standard bidding practices.

If true, then Njoroge’s takeover of ISO is just another step up the ladder for himself, where he can throw even more support to Beijing. China has been busily taking over as many international organizations as it can, grabbing leadership or other influential positions in IAF, UNIDO, ICAO, ASQ, IEC and others. It’s not by accident, either: it’s official Party policy.

That doesn’t stop dumb “Western” nations from continuing to think they can get a piece of China’s massive economy, with its massive population, by sucking up to the Communist nation. It never works — China just takes the IP as its own, and pays nothing for it — but organizations like ISO keep hoping they can turn a relationship with Beijing into cash.

So we can expect more outrageous and overt Chinese control over standards development and policymaking under the reign of Eddy Njoroge, notwithstanding his Kenyan origins.