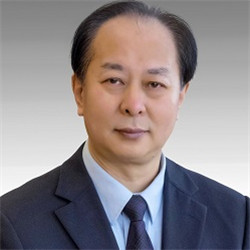 International Organization for Standardization (ISO) President Zhang Xiaogang simultaneously acts as Vice Chairman for a company hit with punitive tariffs in 2016 by the European Union for “dumping” steel products in the region.

Dr. Zhang is Vice Chairman of Angang Steel, a Chinese state-run company that is one of the largest steel producing companies in the world. In 2016, the EU imposed punitive tariffs up to 23% on hot-rolled steel coming from Angang Steel and Hebei Iron & Steel Co. for allegedly selling the goods below cost.  those tariffs were later increased by Europe, and the US then imposed its own tariffs against Angang products in 2016, of up to 241%.

Dr. Zhang has been the President of ISO since 2015. At the same time, ISO is pushing new products in the areas of standardizing anti-bribery and anti-corruption practices, both of which the US and Europe have accused China of.

ISO’s partner, the International Accreditation Forum, is now also run by a Chinese national, Mr. Xiao Jianhua of the Chinese National Accreditation Service (CNAS). Oxebridge has criticized the IAF as acting as an “enforcer” for the sale of ISO products, by imposing wholly-invented “transition deadlines” in order to force users to buy copies of ISO standards upon threat of de-certification if they refuse.

China is widely thought to be the largest producer of fraudulent ISO 9001 and ISO 14001 certificates in the world.