IAF Is Ignoring the Practice of “Accreditation Body Shopping” 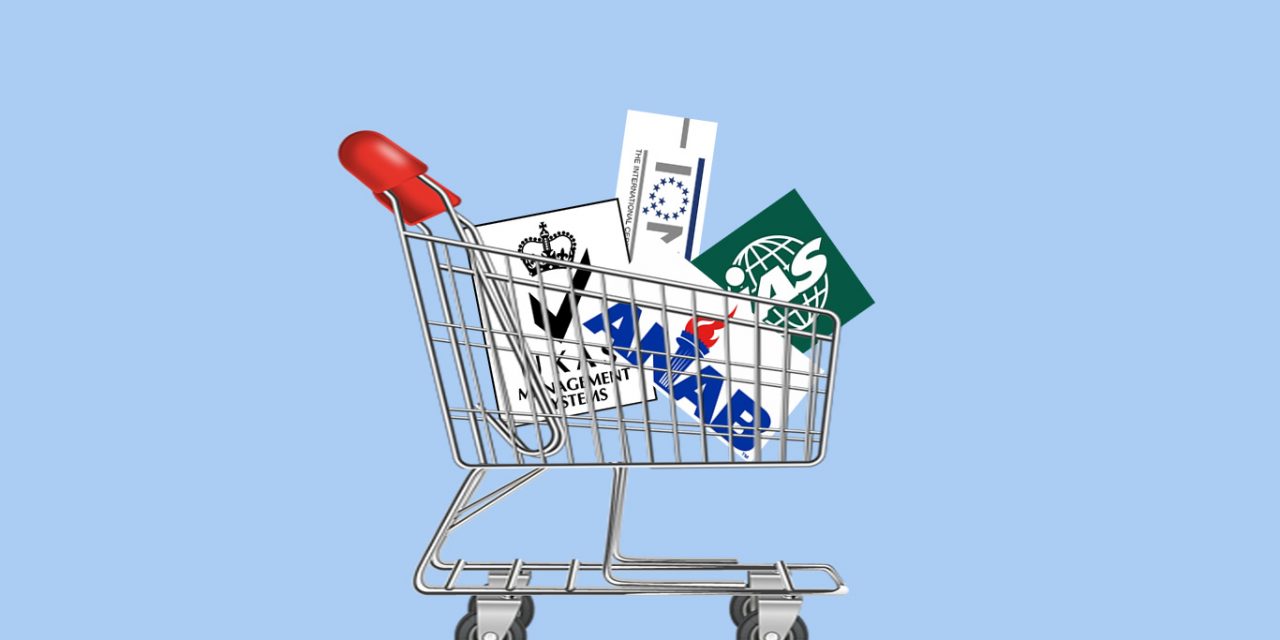 As reported the other day, Oxebridge filed a complaint against the certification body Control Union for some suspect activities related to its Sri Lanka office certifying companies in Israel. In digging into the details necessary for that report, as well as a prior one filed for a similar issue, it appears that Control Union ran into problems with its Israel office when it was under accreditation by the Dutch accreditation body Raad voor Accreditatie (RvA). RvA suspended Control Union, so it looks like they switched the issuance of ISO certificates in Israel over to its Sri Lankan office, which is accredited by the Sri Lanka Accreditation Board (SLAB). Doing so appears to have enabled Control Union to continue to issue certificates in Israel, bypassing the original RvA suspension.

The industry refers to this as “accreditation body shopping,” similar to “doctor shopping” when a person sees different doctors, trying to find the one that will give them the test result or prescription they want, and ignoring those that won’t.

The practice of AB shopping isn’t new, and even the big guys appear to engage in this. BSI — the largest ISO certification body in the world — has switched between UKAS and ANAB accreditation, and insiders at BSI admitted (off the record) that this was done as a means of seeking easier accreditation audits. Frankly, both UKAS and ANAB are hopelessly inept and corrupt, so it’s not clear what that bought them. (I can’t even keep track of who, exactly, accredits BSI now.)

More recently, some bodies are switching accreditation to the International Accreditation Service (that’s “IAS,” not “IAF,” so read carefully), the newest US-based accreditation body. That body has seen dramatic market penetration based on its low-cost accreditation, seemingly lackadaisical approach to oversight audits, and reliance on underpaid Indian and Middle Eastern labor.  Major world CBs like Bureau Veritas North America, Intertek, and NSF International have switched to IAS accreditation. giving the AB a sheen of respectability. We can’t know for sure if they did so to get easier audits, but it certainly doesn’t look good.

It also doesn’t hurt that a member of IAS’ own Board of Directors is selling a quickie ISO 17021 template kit that IAS later audits when accrediting those same bodies, making things even easier yet.

The “AB shopping” practice is supposed to be prohibited, and a reason that the International Accreditation Forum (IAF) exists in the first place. Not only is IAF membership supposed to bring international, mutual recognition between ABs — meaning an accreditation issued in India is seen as equivalent to one issued in, say, Chile — but it’s also supposed to mean that bodies cannot shop around for the easiest AB, since they are supposed to be, well… equivalent.

It is true — in theory, anyway — that CBs cannot escape nonconformities from one AB by merely shifting to a new one. The new AB is supposed to verify closure of the prior AB’s findings. In reality, they don’t do a good job of this, and IAF doesn’t care. But Control Union may have found a new angle. While negotiating with the first AB (that issued the nonconformities), rather than shut down operations entirely, merely switch to another AB (temporarily?) and continue doing business. Control Union probably told SLAB in Sri Lanka that it was still working on the nonconformities from RvA in The Netherlands, thus giving SLAB cover to allow them to grant accreditation. But I’m guessing, since the IAF should have prohibited that, too, and didn’t.

But policing this problem would harm the IAF’s ultimate goal, which is to generate revenue for its tiny handful of executives such as Secretary Elva Nilsen and her consulting firm. CBs pay their ABs, then ABs pay a fee to the IAF regional bodies, and the money flows upward. If the IAF were to suddenly start doing its real job — policing accreditation bodies and reining in corrupt practices like accreditation body shopping — then it would cut into its own income.

Under its current financial model, there is no way under any circumstance that the IAF would, for example, eject a major body like UKAS or ANAB, no matter what crimes they may engage in. Doing so would cripple its income overnight, and potentially force it to shut down.

The IAF remains, in my view, one of the most corrupt organizations in operation, and is so dangerous because of its ability to hoodwink entire governments into believing it performs oversight duties to ensure the trust and validity of international accredited certificates. In reality, the IAF does none of these things, and exists merely to collect money for itself and its friends. Things were bad under the US leadership of ANAB’s Randy Dougherty — who managed to retire early partly thanks to the revenue collected from his various activities — but it’s gotten much, much worse under the control of China’s Xiao Jianhua, who is sworn to implement policies directed from none other than the Chinese Communist Party. For Xiao, corruption is just another tool in the toolbox of world ascension, and it’s working.

At some point, governments will have to wake up and stop mandating IAF-matrixed certifications in government contracts until the point that the IAF can reform itself — under new leadership — and show a willingness to do its one job and uphold the integrity of international accreditations. Until then, defective products will continue to kill people, polluters will continue to destroy entire world regions, and bribery will remain rampant, all among companies who bear ISO certifications with the IAF logo slathered on them.