The accreditation bodies UKAS and IQNet approved various ISO certificates issued to Top Glove Corporation which has been repeatedly exposed as relying on “forced labor” for its Malaysian production plants.

Reports of forced labor being used by Top Glove go back to at least a decade, while the company repeatedly denies the claims and insists it had undergoes “third party audits” to justify its claims. Nevertheless, in the past few years, governments have begun to take notice even as third-party conformity assessment bodies have failed. Recently, the US Federal government banned all Top Glove imports and began seizing the products to prevent their distribution.

The UK government promised in 2018 it would investigate the claims against Top Glove, but that appears to have borne little fruit. 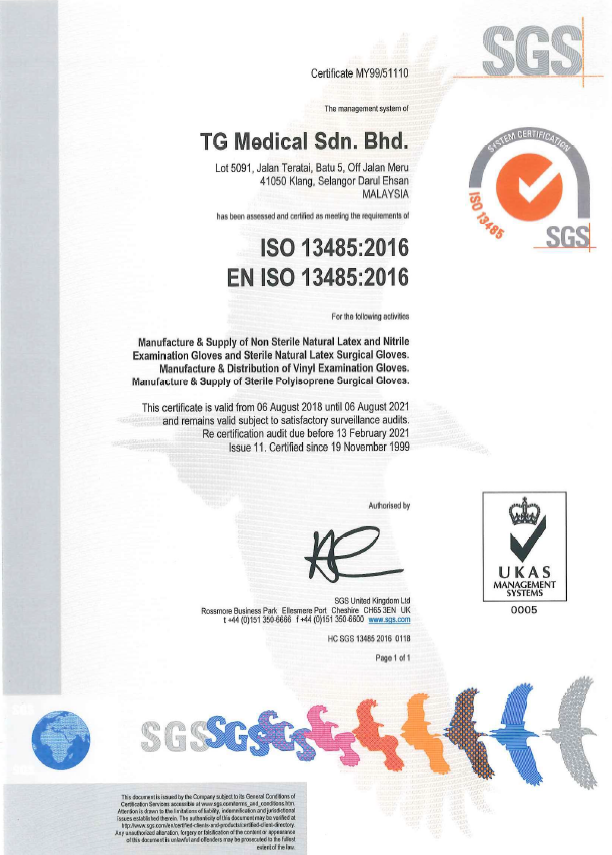 SGS certificate granted to a Top Glove plant in Malaysia

The Australian company Ansell had been at the heart of the scandal for many years in that country. Annual declarations by Ansell that it had solved the problem have become nearly ritualistic, such as these statements made in 2018 and then again in 2020. To this date, it still appears that Ansell is providing cover for Top Glove’s use of human trafficking.

Nongovernmental organizations and human rights advocates have decried the conditions in Top Glove’s Malaysian plants for years, making it unlikely that organizations like UKAS or IQNet did not know they were accrediting factories using forced labor. Widespread reporting has detailed the “slave-like” conditions under which minority Nepalis and Bangladeshis are forced to work in the Top Glove factories.

The Malaysian plants of another glove manufacturer, WRP Asia Pacific, are certified to ISO 13485 and other standards by BSI, the largest ISO certification body in the world.  The Guardian reported that one witness at WRP described “the overall working conditions were some of the worst he had ever seen, where factory temperatures were up to 70C for those working near ovens and more than 3,000 workers were housed in a hostel built for 1,800.”

The audits of WRP by BSI would have been “witnessed” by its accreditation body UKAS, meaning they would have had to be physically present at those worksites, suggesting both BSI and UKAS intentionally ignored the inhuman conditions.

WRP also claims certifications issued by SIRIM, but Oxebridge could not confirm these. 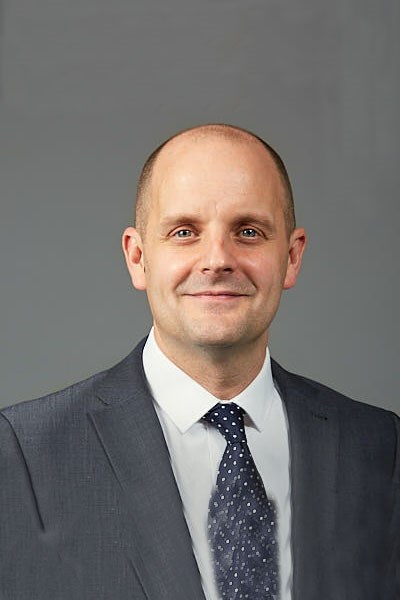 Much of the problem can be traced to the ultimate oversight of ISO accreditations being managed by white executives in first-world countries. UKAS CEO Matt Gantley has consistently refused to address accreditation scandals, as has the head of the Asian Pacific Accreditation Cooperation, Graeme Drake. Drake oversees accreditation in the entire Asian continent, including Malaysia, but is a white senior executive living in Australia. The International Accreditation Forum — the highest body in the ISO certification pyramid — is managed on a day-to-day basis by Elva Nilsen of Canada. These executives appear to have little concern for the welfare of slaves working in factories in far-flung, third-world countries.

When questioned, UKAS representative Jackie Burton dodged by pointing the issue back to their certification bodies, ignoring the fact that UKAS witness auditors likely physically visited at least some of the Top Glove plants in question:

UKAS has no direct relationship with Top Glove however, if there are concerns about their compliance with the certification standards and the activities of a certificated company we would expect these to be raised with the applicable certification body and for these concerns to be investigated.

Meanwhile, the IAF itself is led by Chinese executive Xiao Jianhua, who has praised his country’s “Belt and Road Initiative” which partly relies on forced labor of Uyghur Muslims. Oxebridge has called on the IAF to denounce the oppression, but IAF executives have refused to respond to date.

Armed with ISO certifications, companies like Top Glove and WRP can present an air of authenticity, helping to shut down criticism of human rights abuses and helping them land massive government contracts. The IAF and bodies such as UKAS and IQNet have resisted calls for them to deny certifications to companies found later to be involved in scandals, human rights violations, or international crimes.

UKAS, SIRIM, and IQNet were all contacted for comment, but did not reply before publication.

ISO released its plan for 203o, entitled “Our Vision for a Better World.”

Updated 2 April 2021: with UKAS statement and copy of SGS certificate.