Just days after a prior report on scandals involving the ISO certification body Quality Registrar Systems (QRS), the company now finds itself without any accreditations at all.

Previously, Oxebridge reported that QRS had been certifying the clients of Al Tair Inspection Systems while holding accreditation from EIAC, the accreditation body for the United Arab Emirates. The arrangement was public information, and at least one manager of QRS, Muhammad Rameez Sandhu, simultaneously listed himself as a manager of ATIS in his LinkedIn profile: 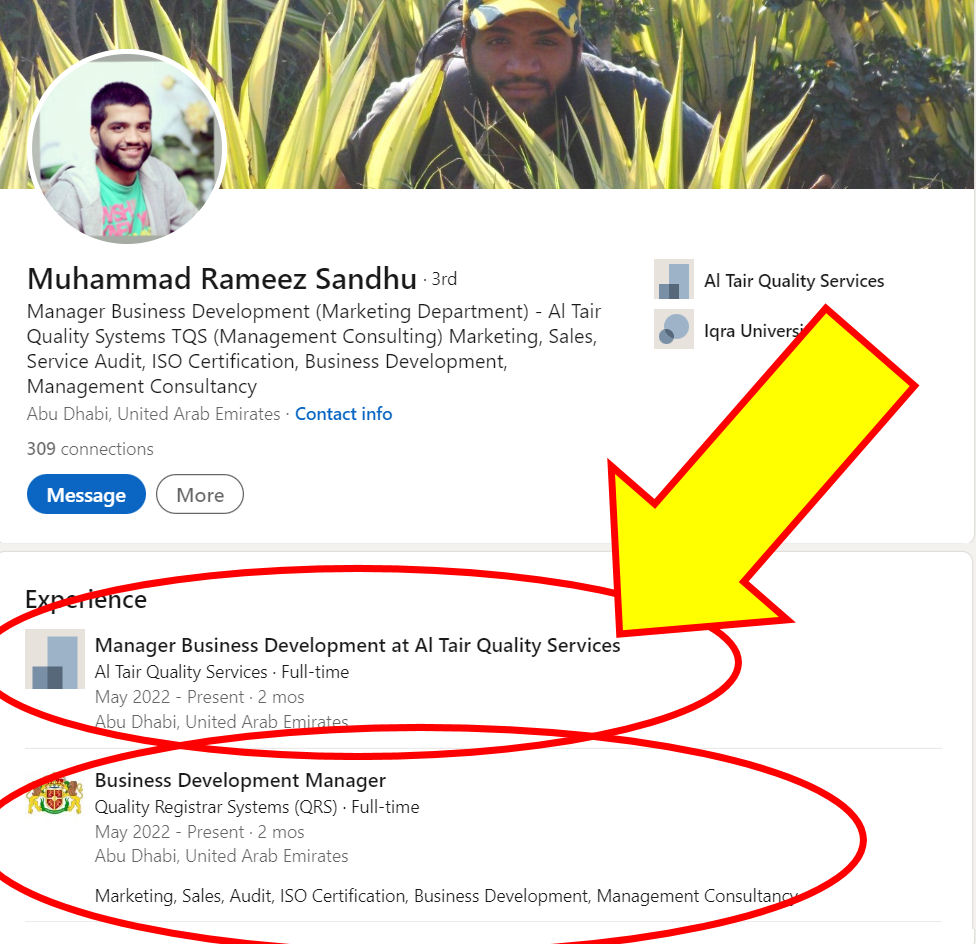 QRS has a number of fake profiles on LinkedIn, for staffers identified as “Marketing Executives” (here, here.) The profiles use the photos of “stock models” taken from photography sites.

Oxebridge then learned that the “corrective action” was merely to have Al Tair Inspection Systems rebranded as “Al Tair Quality Services,” while QRS continued to work with the consulting body, in violation of ISO 17021-1. Oxebridge reported this, and EIAC claimed to have withdrawn QRS’ accreditation entirely, as a result.

At the same time, QRS had taken the extraordinary move to file a false police report in UAE and have a whistleblower in the case arrested on charges of defamation. Defamation is a criminal offense in that country. This move also violated ISO 17021-1, which requires objective processing of complaints by stakeholders.

Oxebridge later discovered that QRS had merely switched its accreditation to the Saudi Arabian body, GCC, and that EIAC was aware of the transfer. This made EIAC’s withdrawal a largely symbolic gesture, since QRS was still allowed to issue certificates. On May 1, 2022, Oxebridge reported the switch and alerted accreditation oversight bodies.

Now Oxebridge has learned that the Saudi Body GCC suspended QRS’ accreditation on May 3, two days after Oxebridge’s reporting on the matter. The following status is displayed on the GCC website:

Meanwhile, the QRS website itself includes a page for “Accreditations” which now reports an Error 404 “Page Not Found” error.

Despite now having lost every round in its attempt to violate ISO 17021-1 and certify its own consulting clients, QRS has not withdrawn its false police report against the whistleblower. The IAF and its regional body APAC have also refused to intercede and provide any defenses to the accused whistleblower, despite knowing QRS had violated its obligations. The failure to act sends a chilling message to those who may want to file formal complaints against certification bodies, and who assume ISO rules on fair dealing will be upheld.

It is likely that those responsible at QRS will simply open a new body and obtain new accreditation from EIAC or GCC. The problem of “re-opening” a discredited business is common in the United Arab Emirates.