The unaccredited certificate mill operation QAS International granted an ISO 9001 certificate to CJC Interiors of Leicester UK, which has since been found to be a front for a massive illegal drug smuggling operation. CJC smuggled as much as £10m worth of cocaine and an unspecified quantity of heroin into the UK by stuffing the drugs into “hand tool” parts included in furniture imports. So far six men are on trial for the crimes.

QAS works alongside its sister organization IMSM to provide unaccredited ISO 9001 and ISO 14001 certificates. IMSM performs the consulting, with QAS then providing the certificate. Several former QAS clients reported to Oxebridge that it was often the same individual performing the consulting work for IMSM and then conducting the eventual QAS audit.

Because QAS is not a UKAS accredited registrar, it is not required to abide by international accreditation rules prohibiting such conflicts of interest.

The CJC website boasts of ISO 9001:2000 certification and features the QAS logo with certificate number CA14918:

CJC Interiors holds an ISO 9001:2000 certificate. This is an internationally recognised standard for effective management of an organisation that is focused on the establishment and operation of a system of management that not only assures the effective operation of the business, but also drives continual improvement of product, service and customer satisfaction. 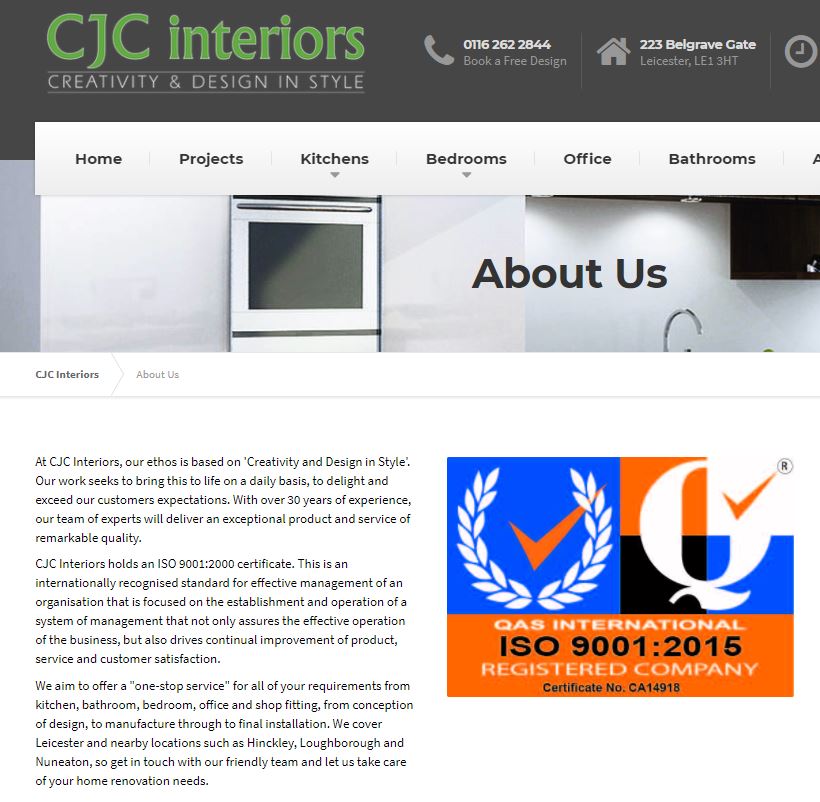 QAS then confirmed they issued a certificate CA14918 to CJC, apparently unaware that the “front” had been exposed; representative Amy Bentley wrote to Oxebridge confirming the certificate, saying, “I can confirm that CJC Interiors Ltd did hold ISO 9001:2015 with QAS International but sadly this has now lapsed.”

BQF, which claims the UK’s Princess Anne as a patron, has been contacted to ask how it could have issued a “5 Star” rating to a company issuing ISO 9001 certification to an illegal drug ring. BQF CEO Ian Swain has not yet replied.

Princess Anne’s office has also been contacted for comment, but did not reply in time for this article.