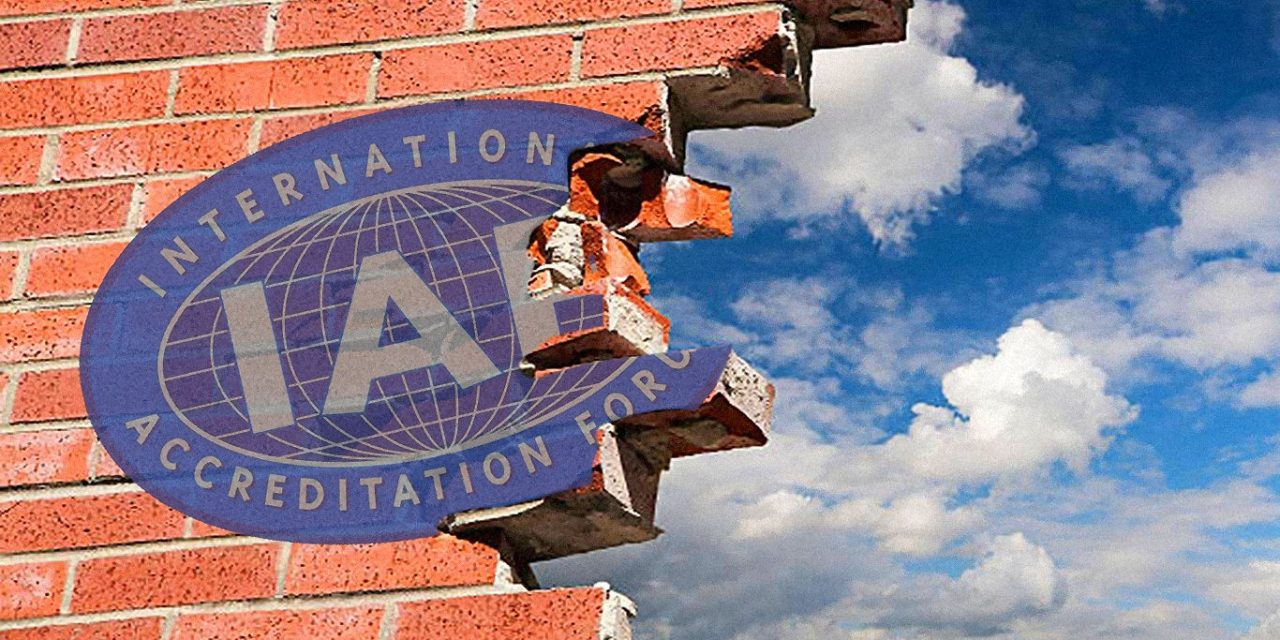 Two more international organizations have agreed to honor the sanctions against Russia and key state-run firms involved in the Ukraine invasion, while the International Accreditation Forum (IAF) continues to refuse to take action.

IQNet, which has benefitted greatly from sales of the use of its logo to Russian firms, has finally issued a public statement on the sanctions:

Bern, 02 March 2022 – Due  to the latest geopolitical events, IQNET Association Board of Directors has decided the immediate suspension of the network’s mutual recognition proceedings for any IQNET Members’ certificates issued to organizations that fall under recently imposed international sanctions.

IQNet is located in Switzerland, and that country has now abandoned its long-standing neutrality policy in favor of applying pressure on Russia. In late February, Oxebridge demanded IQNet issue a statement on its intent to honor the sanctions.

Previously, after Russia’s invasion of Crimea in 2014, IQNet and its chief executive, Pedro Castro Alves, refused to honor sanctions, and for years continued to benefit from selling their logo to sanctioned companies like Russian state-run defense monolith Rostec. After a week of pressure from Oxebridge related to the Ukraine invasion, IQNet has finally relented. We published a graphic showing how many certificates IQNet had issued to Gazprom, for example, and all are now removed from the IQNet database.

Meanwhile, the Programme for the Endorsement of Forest Certification (PEFC) has also issued a statement in support of sanctions, but then went further to announce that timber products coming from Russia and Belarus would be banned as “conflict timber“:

All timber originating from Russia and Belarus is ‘conflict timber’ and therefore cannot be used in PEFC-certified products, the Board of PEFC International clarified today.

PEFC is extremely concerned about the Russian government’s attack on Ukraine. The military invasion is in direct opposition to our core values. This aggression causes unspeakable and unacceptable pain and death to innocent people, including women and children. It also has an immediate and long-term destructive impact on the environment, on forests, and on the many people that depend on forests for their livelihoods.

As reported yesterday, the International Railway Industry Standard (IRIS) certification scheme has removed Russian Register from its list of certification bodies, in apparent support of the sanctions. 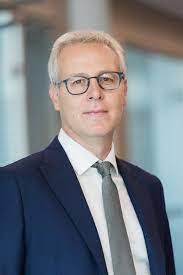 Riva has cut off all communication with me, after I demanded he resign due to his inability to lead the organization out of controversy. He told me he felt “insulted,” clearly putting his own feelings ahead of international law and the accreditation rules he’s tasked with upholding.

Since taking on the IAF Chair position only a few months ago, Riva has consistently embroiled himself in scandals, largely due to clumsy interpretations of accreditation rules and international law.

He recently made a claim that would legitimize the entire world’s unaccredited “certificate mill” industry, thereby supporting the unethical organizations the IAF is purported to be working against. There’s no point in having an IAF if accreditation is meaningless.

Riva also defended the AS9100 certification given to a company found to have intentionally released defective aircraft components to Leonardo DRS, which were later installed on Boeing Dreamliner planes. During that latter investigation, Riva repeatedly lied to me, insisting that the certified company was a different one from that certified to AS9100; he later admitted to me that he was wrong.

Other Organizations On Notice

We have contacted ILAC requesting they honor the sanctions, but they too have elected to do nothing. IAF and ILAC are set to merge into a single accreditation oversight body in the next year or so. They are holding off on that move while they determine which country will offer the most lenient tax advantages and legal protections.

I also asked Eric LaChappelle, the CEO of the accreditation and training body PECB, if he intends to comply with international law. PECB has significant business in Russia, and has also ignored the prior sanctions after the Crimea invasion. LaChappelle hasn’t answered yet.

The US accreditation body ANAB also finds itself in risky legal waters due to its ties to IAF, and the strength of US enforcement of sanctions via the Dept. of Treasury’s OFAC provisions. ANAB’s Vice President, Lori Gillespie, acts as Riva’s Vice-Chair at IAF, and the IAF utilizes ANAB’s treasurer, Roger Muse, as their own treasurer. ANAB continues to await guidance from IAF and Riva.

The US Dept. of Justice is adopting an anti-money laundering (AML) posture in its pursuit of companies that ignore OFAC sanctions.

Oxebridge launched a “Stop Supporting Russia” campaign to get the parties to comply with international law, and drop all ties to Russia. We are trying to make it clear that compliance with international sanctions is not optional, and for US companies such as IAF, officers found to have violated “OFAC sanctions” can face 30 years in prison if convicted.

I have consistently reported that the IAF accreditation scheme is a “protection racket” where companies pay for certifications like ISO 9001 not to ensure quality, but instead for damage control. Certified companies can utilize accreditation bodies and the IAF’s network of “Regional Accreditation Groups” to provide legal and public relations cover after disasters or deadly product releases. Companies that do not maintain their annual payments for ISO certifications find themselves publicly shamed by certification bodies, and the “protection” evaporated.

Oxebridge is pressing for the IAF to be disbanded and replaced by a new NGO comprised of a breadth of global experts from various industries and backgrounds. We’ll have a white paper on that proposal shortly. The IAF’s structure has it run by the very accreditation bodies it is tasked with overseeing, leading to widespread corruption.

You can write to Riva directly at e.riva@accredia.it and demand he uphold international law.

[Disclosure: Oxebridge provides ISO consulting services, but also operates the international ISO Whistleblower Reporting tool to root out fraud and corruption. We believe that reporting on the flaws of the ISO scheme can only lead to its improvement, so that ISO certifications can once again have value and confidence. The two positions are not mutually exclusive.]