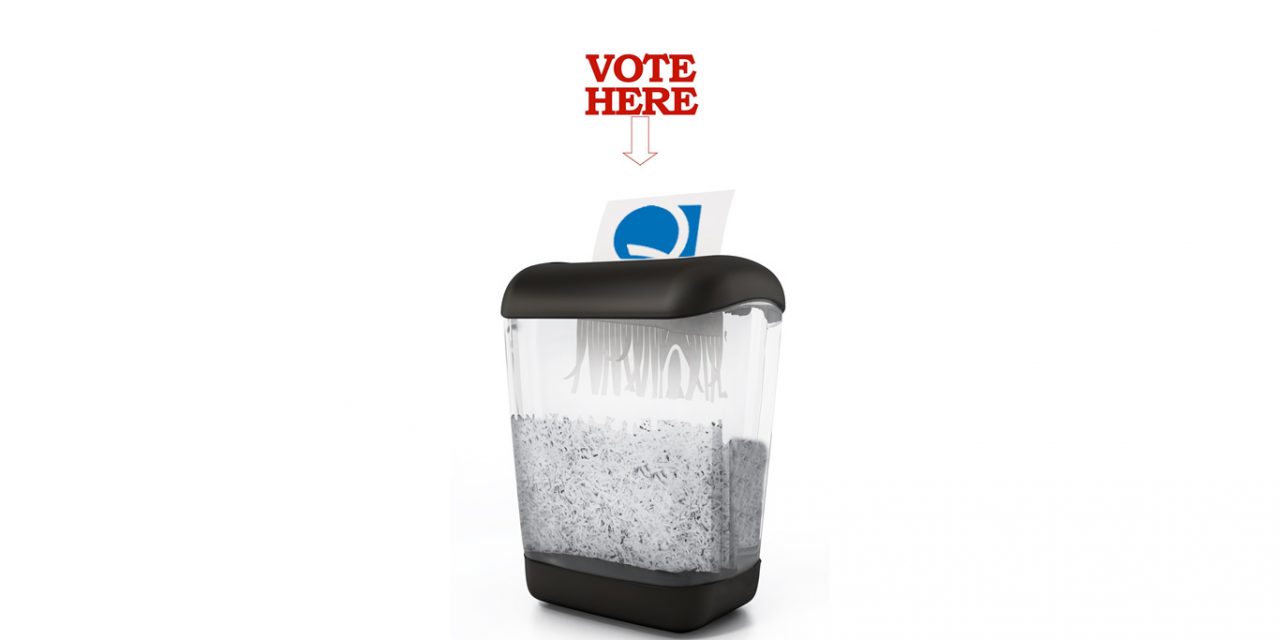 I’m not sure why I keep getting surprised by the depths of corruption that ASQ is capable of, but here’s another example of just how low they have sunk.

Recall, firstly, that ASQ was forced to update its Code of Ethics only after public denunciation and reporting on this very website. It was a short victory, though, because when I then filed an official complaint to get the Code enforced, the ASQ Board refused. They dropped the issue entirely, violating their own rules of procedure, and instead harassed me for my reporting.

Oh, and then the former CEO William Troy made a public statement essentially inviting white supremacists to join ASQ. So, umm…. yeah.

Now fast forward to 2020, when the ASQ Board is facing a high-profile public petition to “Restore” the organization, after years of financial mismanagement, hamfisted abusive policies by leadership, and a host of other bad acts. As part of that, the head of the ASQ Division on Reliability and Risk Division, Dan Burrows, gathered over 130 signatures to have his name added to the ballot for the upcoming Board election. All of this was in line with ASQ’s Bylaws and internal procedures, mind you.

The Board isn’t having it, though. Led by current Chair and captain of his High School Narcissists Club, Austin Lin of Google, the Board rejected the signatures and have blocked Burrows from the ballot.

But wait… it gets worse.

In order to do this, Lin and his pals in the ASQ executive wing justified their actions by falsely claiming that Burrows had — wait for it — violated the ASQ Ethics Code.

You can’t make this up.

Apparently, the Board claimed that Burrows violated the Code by revealing the email addresses of the ASQ leadership, which he had to do in order to submit his petition. Mind you, these addresses are public information anyway — here, for example, is Austin Lin’s —  so ASQ is clutching at straws here.

It’s stunning, though, how when faced with mounds of evidence of racist and sexist behavior by ASQ Chairs, Fellows and Senior Members, Lin and the ASQ Execs couldn’t run fast enough away from the Code of Ethics. Now they are trying invoking it to engage in a wholly unethical (and potentially illegal) act, by blocking a valid member from the Board ballot. 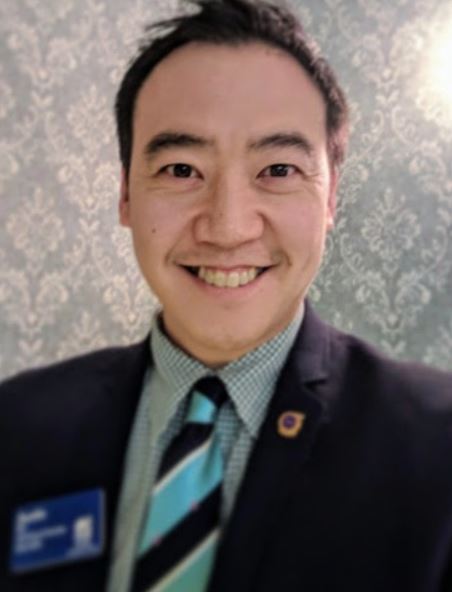 Austin Lin, prior to subpoena

(An aside: have a look at this online altar Lin created for himself. On it, he literally boasts of his expertise in quality, acting, archery, bouldering, carnivorous plants, caving, chemical engineering, contemporary art, ethics, fencing, photography, playwriting, poetry, snowboarding, surfing and curing cancer with his eyes closed and Q-tips shoved into his ears. OK, I may have made that last one up.)

Lin and the Board are getting away with this because they presumably have the help of interim CEO Ann Jordan, who is ASQ’s legal counsel and should know better, but who doesn’t seem to care much if she holds onto her Bar license.  They are all ignoring the fact that such moves may be illegal, and certainly expose them to civil litigation, both collectively and personally.

You see, there is growing evidence that ASQ may — like IAF — be in ultra vires violation of US laws which demand that 501(c)(3) not-for-profit entities abide by their Bylaws, lest they be held liable in court. Worse for Lin and his Board cronies, they can be held personally liable as well, and ASQ may not be able to protect them. They’d have to hire their own attorneys.

So to recap: ASQ won’t invoke its Ethics Code in cases of racist hate speech or threats of violence or sexist insults thrown around by its top members. Lin himself won’t step in to ensure that people of color — like him — are protected from harassment, threats and violence from other ASQ members.  But ASQ will invoke the Ethics Code in order to prevent a legally-nominated Senior Member from getting on the ballot because it wants to stack it with their hand-picked toadies.

In the interim, I fixed their logo to better match current events. 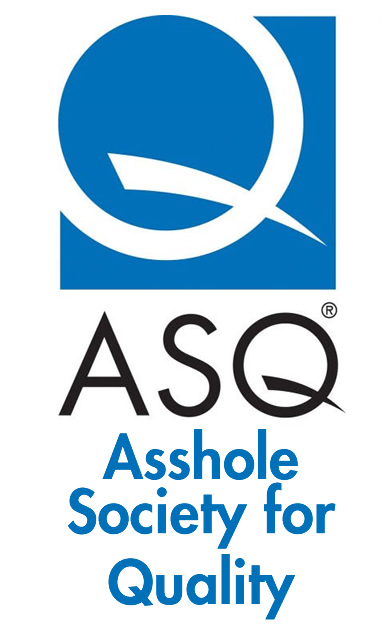