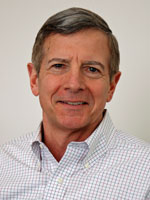 As I mentioned previously, ASQ’s CEO William Troy and Board Chair Elmer Corbin have been busy giving interviews to the Chinese state-run news agency Xinhua, throwing the group’s official support to the Chinese government, while knocking that of the United States. From the Xinhua article:

The ASQ chair challenged the allegation by some US politicians about “China’s unfair acquisition of US technology and intellectual property (IP) rights,” saying he is not worried about the sharing of knowledge with China. “I work for IBM (International Business Machines), and as a matter fact we have several very big development labs in China. So we are creating IP in those labs. I don’t think that that’s a major issue, if you have the right safeguards in place.”

So it comes as a surprise that Troy would give an interview with the Milwaukee Journal Sentinel and forget to mention his support of China. Or, more likely, playing up China to an American readership would probably not have been in his best interest, even if doing the opposite for a Chinese readership is. Instead, the fluff piece spends five entire opening paragraphs invoking the tragedy of 9/11 to introduce Troy, because terrorism. Yes, ASQ is pulling the bodies out of the rubble to promote themselves, without a shred of decency.

We get the usual stuff implying that former military leaders make exceptional business leaders, something that is not a universal maxim in any sense, as gushing reporter Steve Jagler “asked Troy to outline seven examples of how his military training and skills can be applied in the private sector.” It seems pretty clear the interview was conducted over email, without any follow up questions.

Troy answered, without a lick of irony, “Our armed forces have ideals to strive for and codes to live by. Similarly, our business and community organizations exist for some genuine purpose.” Remember, this is the guy who has not only refused to denounce racism within the ranks of ASQ — something his own former employers at the US Army managed to do — but also who is happy creating a platform whereby he’s encouraging US manufacturing companies in the defense field to do business in China, while allowing his Board Chair to minimize the risks and truth about Chinese intellectual property theft and corporate spying.

Troy also claims it’s important to “model desired behaviors” and then “pay attention to what you reward and recognize.”: This comes from the man who has refused to denounce racism and issued a statement refusing to oust racists from ASQ’s ranks, instead giving them safe harbor by claiming, “ASQ must remain diligent and committed to providing service to ALL members, regardless of personal background.” Again, this is the exact opposite position of that of the US Army, which is working to eject white supremacists and racists from its ranks.

In an even more stunning bit of hypocrisy, Troy then claims, “We enforce high standards in the small things so the standards will be adhered to in the big things.”

The key, however, is everyone knows the rules and the rules are enforced.Your policies — and the way you enforce them — need to match the beliefs, values and behaviors you deem important in your organization.

This comes as Troy and the Board begrudgingly updated their Code of Ethics to prohibit “discrimination” by ASQ members and staff, but then refused to enforce it. If Troy’s interview comments are to be taken seriously, his refusal to enforce these rules means he agrees with this racist ideology — or he’s just a blindingly shocking hypocrite.

Finally, Troy insists it’s important to “Be purposeful in how you allocate resources”:

This comes as little comfort to the ASQ members who are apoplectic over Troy and the Board’s decision to forcibly take the resources (meaning money) collected over decades by the local ASQ sections, and put them into a single corporate bank account under new rules which dictate the Milwaukee HQ will dole them out as needed. The move was revealed as a means for ASQ to offset some financial problems by enabling it and not the Sections, to collect interest on the funds, denying that right to the Sections whose local activities and fundraising collected the money to begin with. Now ASQ faces having to use those appropriated funds to deal with possible litigation. Or his hair dye.

ASQ is busy on social media plastering links to the Jagler/Troy love fest, as if it means something, and can repair Troy’s damaged image as ASQ’s latest controversial CEO. A good number of ASQ members are likely to fall for it, too, especially since ASQ has been coy on promoting its pro-China policies too strongly within the US.

But history will have its day, and Troy’s reign over ASQ will prove that just because he was in the military on 9/11 doesn’t mean he can manage a professional organization. And he really should stop being a ghoul, and trying to sell memberships using dead people.

Meanwhile, to read about two benefits ASQ could start offering right now in order to put its focus back on members, click here.