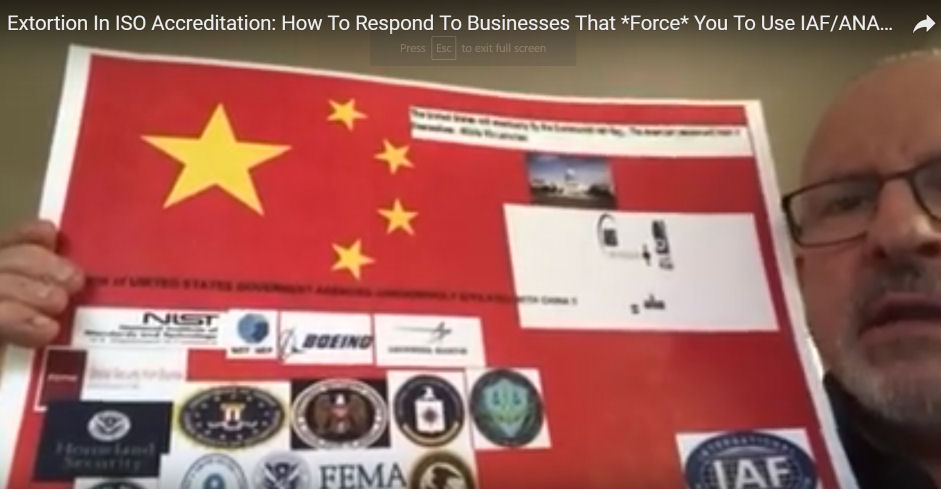 The Daryl Guberman YouTube channel has grown to gargantuan proportions, not in actual views of any of his videos (which tend to average about 30 each), but in the massive quantity of videos published. To date, Daryl Guberman has published over 1,000 videos accusing his competitors and critics, as well as major companies such as Lockheed Martin, Pratt Whitney and others, of terrorism, Nazism, antisemitism, corruption, fraud and of supporting communism.

It’s likely that Guberman hasn’t been sued because (a) they know he has no money to pay any resulting settlement or award, and (b) he does only average about 30 views per video. But all told, he’s had over 30,000 views in the past year alone, which count for something.

If you have forgotten, Guberman issues unaccredited certificates for everything from ISO 9001 to AS9100, medical devices, surgical implants and even medical marijuana testing labs. He claims his certificates are accredited by “ABAC,” but that organization doesn’t actually exist, and it’s just a website run by Guberman himself.  Because of his lack of official IAF recognition, Guberman has attacked the various accreditation organizations in order to set his services apart.

What’s disturbing, however, is while Guberman simultaneously accuses IAF, ASQ, ANAB and ANSI of crimes against humanity, he relies on key individuals from those same organizations to make his arguments, claiming they support him. And here’s the kicker: other than ANAB, none of the organizations have come out to say anything about Guberman or his conspiracy theory videos, even when prompted to. That includes ISO, ASQ, ANSI and IAF itself.

There are two possible reasons. Again, perhaps they see Guberman as too insignificant in the overall scheme of things, and a lunatic. Just glancing at his video listing can hammer that opinion home pretty quickly, with all the swastikas photoshopped onto the IAF logo, and accusations that ASQ hates Jews.

The alternative is appearing more and more likely, however, despite it seeming unthinkable only a few months ago. That position suggests that ISO, ANSI and ASQ can’t denounce Guberman because he is right: they are supporting him. If they publicly denounce him, and he really does have documentation from them endorsing his hate campaigns, he can sue them for defamation; and, face it, they have more money to lose than he does. 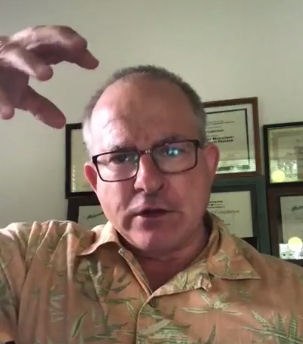 To date, ASQ CEO William Troy, ISO in-house counsel Holger Gehring, and ANSI executives Anne Caldas and Joe Bhatia have refused to send a simple email suggesting either Guberman’s claims on their behalf are false, or that they flatly denounce them. And they’ve been given over a year to do so. Writing an email just saying, “Guberman does not speak for us, and we disagree with his views” would be the simplest thing ever, but both ASQ and ANSI can’t manage to do it. It took ANAB all of 24 hours to issue their statement, but Troy and Gehring and Caldas can’t seem to muster it.

Which is very, very odd.

Guberman operates in a world of utter fantasy and lies. In one video, he claims that the IAF denied Israel membership, but fails to note that the IAF doesn’t accept membership from countries; it accepts membership from accreditation bodies, and many of the IAF member bodies operate in Israel.  The Israeli registrar Ronet is accredited by ANAB, for example, which is a member of the IAF. URS also operates out of Israel, and is accredited by IAF member UKAS. Israel’s national standards body, the Standards Institute of Israel (SII) issues accredited certificates under the ANAB banner. There’s no truth to the false claim that the IAF has banned Israel, and yet ASQ and ANSI can’t seem to drag themselves up to denounce such lies.

Given that ISO, ASQ and ANSI all rely on the IAF to enforce their will by ensuring companies buy new standards and subject themselves to new audits, you’d think they would at least try to stop someone from accusing the IAF of the Holocaust. But ultimately, these organizations treat each other only marginally better than they treat their respective customers, since their executives all come from the same breed of self-made consultants and bureaucrats.

But the “silent at all costs” tactic is starting to put ANSI and ASQ at risk. Without any direction from absentee executives like Troy and Bhatia, their members are getting the sense they can engage in all sorts of bad behavior, including copyright infringement, harassment, doxing, impersonation, swatting, threats and more. Emboldened by a lack of rules, figures like TAG 176 Chair Paul Palmes feel free not only to engage with Guberman, but to do so under their own names, while invoking their official titles and US delegate status. That means that not only Palmes is at risk, but his handlers as well.

Former TAG Chair Alka Jarvis’ silence on Guberman’s name-dropping her and claiming to be her intellectual property lawyer is troubling, so much so that now her employer Cisco is involved. While it’s likely she had no idea Guberman was using her name, she was notified over a year ago and refuses to come out and denounce him. That starts to make it look curious, and Guberman appears to be claiming he has something signed by her, authorizing his attacks. I just can’t believe that would be true.

Given that ASQ could not bring itself to denounce racism in the most generic, broadest sense, it’s likely no wonder that they refuse to distance themselves from Guberman, who has insulted Indians by mocking their accents and even attacked his own religion, accusing Jews of blood libel and terrorism. Cowardice is ASQ’s rule of law, and apparently ANSI joins them in this. They seem to think that, for now, they are raking in enough money that they can allow these misdeeds to go on.