ANSI: “You Have to Pay Us To Process Your Complaint Against Us” 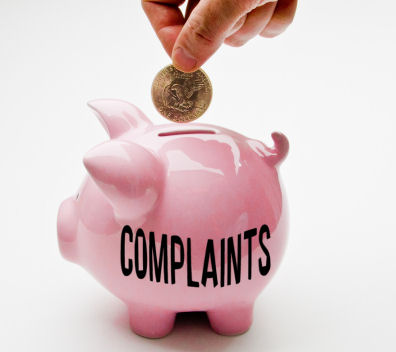 In another baffling departure from reality, ANSI alerted me that if someone wants to file an official complaint against ANSI, you have to pay them $1,200 for the right to do so.

All directly and materially affected persons (organizations, companies, government agencies, individuals etc.) have the right to appeal actions or inactions of the ExSC or its designee. An appeal shall be initiated by written notice of appeal to the Secretary of the ExSC. The appeals materials shall be accompanied by a filing fee.

To summarize: if you want to complain that ANSI isn’t doing it’s job, you have to pay them $1,200 to investigate whether they did their job, or they won’t do their job.

They do say they can reduce or waive the fee in cases of “hardship.” That’s nice.

It isn’t clear why ANSI thinks this is a good idea, since it might just cause some folks to skip the complaint process, and use the $1,200 they save towards an attorney, since they would be likely to get the $1,200 back anyway when they cleaned ANSI’s clock in court over this ridiculous rule. The rule appears, then, to exist only to discourage the public from ever filing a complaint against ANSI.

In the mean time, ANSI continues to fail to investigate issues reported to it, presumably waiting for someone to file the official paperwork. Sure, that will be a great defense in court.