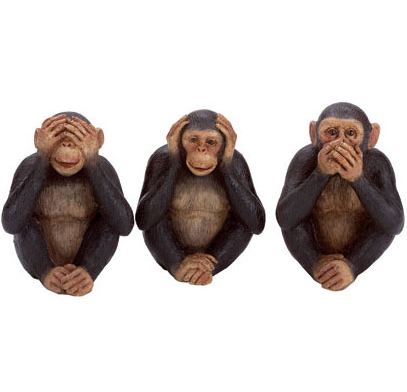 The quality profession lacks an aspect that other professions have recognized as an important factor in ensuring their relevance and improvement: an independent critical press. Whether it’s law, medicine or engineering, these professions publish journals, magazines or newsletters that go beyond merely trumpeting their triumphs and issuing self-serving awards, but instead run pieces that challenge the profession to do better, and expose wrong-doing.

In quality, we don’t have that.  Even our alleged peer-reviewed journals from the American Society for Quality (ASQ) fail to measure up to the worst of equivalents in other industries. The current ASQ topline peer-reviewed organ is The Journal for Quality and Participation, and the most recent issue (as of this print date) includes such fluff pieces as “The Grounded Executive: The Secret to Great Leadership in Today’s Turbulent World,” and “Eight Ways to Keep Work from Spilling Into Your Time Off”. When one thinks of a need for peer review, one thinks of fact-checking data, calculations and theories; how does one “peer-review” an article about “work spilling into your time off?” When the headlines read like the latest issue of Cosmo, that’s not a good sign.

Consider this: in 2005, I submitted an article to ASQ’s  Audit Division peer-reviewed journal Vista which analyzed the ISO Survey data and discussed the declining global uptake rate of ISO 9001 certification. The article was rejected by the editor for not meeting “ASQ’s stringent peer review process requirements.” Fair enough, except in its place ran an article promoting RABQSA, with the title “Listen Up: Stop Bitching and Complaining and Get With The Program! What’s Wrong With You Folks?!” (Don’t believe it? Click here to read the article.) There were no facts or data to peer-check, just opinions supportive of a major ISO player, complete with a grammatically incorrect, vulgar title that insulted the reader before they even turned to the article.

Is this how we want our profession represented? What person would take a profession seriously that thinks such articles should appear in a “peer reviewed” journal?

The fluff and “lifestyle lite” pieces comprise a far greater percentage of content of ASQ publications, including Quality Progress, than they should. And sweet mother of all that’s holy, they spend a lot of time on salary surveys. But ASQ’s competitors fare only slightly better: Quality Digest runs quasi-meaty articles on subjects provided by volunteer contributors (which means they usually have an advertising angle to them) and Quality Magazine runs an overwhelming number of pieces on hardware (thus, ads) and contributed press releases.

What’s missing from all of them is a critical, editorial commentary on the problems facing the quality profession. There is nearly no critical discussion of ISO and the consensus development process of its standards. There is no critical look at accreditation or certification activities, or conflicts of interest inherent in management system certifications. It need not be said, but there’s a complete vacuum of fact-based reporting that could in any way be seen as critical to a current, or potential, advertiser or supporter. In short, there is no advocacy for their readers. The material is unidirectional: nearly always aimed at selling something to the readers — a concept, a brand or a specific product —  and nothing presenting the needs of the readers to those doing the selling. It pays the bills for the publishers, and keeps advertisers happy, but it robs the profession of a much-needed critical voice that results in a press that treats us as sheep, and not as respected customers. For a profession claiming that the needs of the customer are its primary concern, it creates one massive, ironic, meta-joke.

Obviously, it’s very difficult case to develop a business model which may, at times, criticize powerful industry players or advertisers. But as so many other professions have proven, along with the majority of today’s journalism, it’s not impossible. A publisher would have to move to a subscription-only revenue model that won readers on the merits of its honesty, rather than subsidizing meager readerships with ad dollars. Certainly there are many readers turned off by flipping through pages of ads, whether overt or camouflaged as “articles.”

The benefits for readers, and the profession, would be powerful and realized quickly. Holding standards developers, CBs, ABs and so-called “quality gurus” accountable would force them to up their game, and stop spouting junk purely for the sake of making sales. It might also stop our industry’s pervasive Peter Principle, which puts self-absorbed, cynical dummies in positions of leadership, without any vetting. Consider the following reporting done just by this website, which doesn’t even purport to be a professional journalistic outlet, but for which none of the stories received “mainstream” press:

Each of these stories had some merit to the argument that they affect thousands of users, across the globe, and would have benefited from an even more independent and thorough reporting than Oxebridge is capable of. But not a single story was run on any of these issues, presumably because each one would have impacted on an advertiser or significant body within the quality profession, such as ISO, ASQ or the IAF.

An example: our ongoing reporting on Alex Dali’s G31000 Global Institute of Risk Management Standards has exploded his carefully-crafted facade that the organization is anything but a one-man pipe dream, propped up by exaggerated credentials and outright false claims. But since this hasn’t been picked up by any significant quality press outlet, the story remains stuck within the Oxebridge readership, along with the one-sided defense of Dali and his counterpart Allen Gluck on their highly moderated LinkedIn page. (See an example here, where a renowned risk professional recently received the “banned” message for daring to ask the wrong questions of Dali.) As a result, not only did the Chair of the TC responsible for ISO 31000 agree to be a keynote speaker at a G31000 event, the group was recently given a slot at the upcoming International ISO 9000 Conference. No one is doing due diligence to find out if these people have actual credentials or experience, and are instead assuming as much based on nothing more than some well-designed pamphlets, and a cool, swishy logo.

The ASQ New Haven chapter found itself in embarassing hot water after failing to vet speaker Daryl Guberman who, they discovered later, runs an unaccredited certificate mill, and wound up launching into a confusing tirade against the people hosting him. Now they — along with ANAB — are faced with the challenge of suing him, in order to get him to stop misrepresenting what was actually said at the speech, and to get him to stop insisting that ASQ and ANAB endorse his unaccredited certification services. If an independent press had already outed Guberman as a cert mill operator, ASQ would never be in this situation. I don’t claim that Oxebridge is the only outlet for such news; there are other independent bloggers touching on the subjects as well, with equal lack of recognition. This creates multiple ancillary problems.

First, “targets” of such reporting can — and do — claim that such investigations are “spurious” or “the work of amateur bloggers” no matter how well-researched, documented or professionally presented. They may make the claims internally, and issue internal memos to staff directing them to ignore the reporting entirely, or they may make the claims publicly as a means of justifying why they do not intend to take the reporting seriously. Either way, no change comes about, and the reported problem typically continues, and worsens over time. If the reports were published by an independent press, the ability for these organizations or people to ignore the issues would be highly curtailed.

Secondly, the kneejerk reaction by reporting targets to sue the source of reporting would be sharply limited if the reporting was done by a proper, independent organization with better legal resources. Since 2005, Oxebridge has received 11 lawsuit threats or legal notices threatening litigation, from such organizations as ISO, RABQSA, Intertek, BSI, Perry Johnson, and Plexus International. Of the 11, not a single one ever went to court; the ISO lawsuit was stamped down despite ISO having hired one of the most expensive law firms in New York City. In a few cases, the person making the threat was instead fired from the organization for having done so without authority. Now, a 12th threat is now on the books, from Alex Dali’s G31000 group, which itself is likely to meet the same fate.

But such nuisances are not without costs. Oxebridge is in a unique position to be able to defend itself against this nonsense, and has a powerful attorney to do just that. But it’s not cheap, and most other independent online outlets would not be able to afford merely responding to all those threats, never mind defending against them.

The fact that these organizations resort to lawsuits, rather than proper response methods as defined in the various standards they claim accreditation or compliance with, is itself a story. But — again — there’s no coverage of that, either.

Publishers Can Walk and Chew Gum

This is not to say that such reporting should replace the current crop of “lifestyle” pieces, or technical work on equipment and methods. But in the digital age, print space is unlimited, and publishers of the quality magazines could easily include this reporting in addition to what they have now. But, yes, it might impact on their ad revenue. It might impact on the free contributions they get from TC 176’ers, nearly the only source of information on ISO 9001 (and as a result, completely one-sided.) But perhaps — just perhaps — the air of independence and critical intellect might attract more readers, and any losses would be offset by increased subscriptions.

We may never know. It’s unlikely any of the current publications will obtain the necessary will to start conducting such reporting. Why should they? From their perspective, everything has worked fine for years.

But meanwhile, the quality profession is suffering. We are entering a protracted period of time where our own lack of identity has allowed another profession (risk management) to usurp the Quality dialog entirely, and may well drown out all discussions on statistics, methods, Deming and quality itself. The publishers won’t care; they can just publish risk articles, after all. But the readers will suffer.

It’s time for Quality to mature into a truly professional profession, and take on the various aspects of such. This includes an independent, critical press.