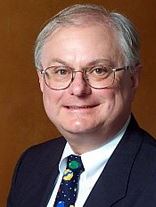 The US TAG to TC 176 continues to falsify the “interest category” designations of Jack West and Charles Cianfrani, listing them as “individuals” in the official member roster, rather than as “consultants.” Both West and Cianfrani operate consulting firms, and openly market themselves as consultants.

ANSI rules for the US TAG 176 require that new members identify themselves as belonging to one of five interest categories: government, company, organization, consultant or individual. The TAG Administrator — currently a position managed by ASQ — is then required to “verify” each applicant’s category and, presumably, adjust it accordingly. Both West and Cianfrani are identified as “individals” which is defined as someone who “represents themselves or have a general interest in TAG business, includes retirees.” The definition for consultant is “an individual or a company who is in the consulting business for Quality Systems and Management or any Quality Standards, ISO training or ISO auditing.”

Jack West is a famous ISO consultant working for Silver Fox Advisors in The Woodlands TX. His page on that company’s website clearly identifies him as a “consultant.” Charles Cianfrani works for Green Lane Quality Management Services, a self-owned consultancy; on his LinkedIn page, he lists himself as Principal Consultant: Neither West nor Cianfrani are “retired” from their consulting practices, meaning categorizing them as “individuals” is a falsification of their stakeholder position.

US TAG 176 records going back as far as January 2004 list West as an “individual.” West was Chairman of the TAG at that time, and this indicates that in his case, at least, the problem dates back over a decade.

The TAG Administrator, ASQ’s Jennifer Admussen, was alerted to this problem as part of a detailed “appeal” filed against the TAG by Oxebridge, which alleged “cronyism and abuse of power” and which provided the membership category falsifications as one example of the problem. Oxebridge argues this allows the TAG to hide the dominance of private consultants in the leadership. The ANSI rules require that the TAG ensure there is no “dominance by any single interest category.” In the official response to the Oxebridge appeal, Admussen denied any problem, and merely paraphrased the ANSI rules without acknowledging the issue, essentially blaming West and Cianfrani themselves:

Incoming members choose their own interest category when they fill out the application, which is reviewed by ASQ and the membership chair and questioned if necessary.

Both West and Cianfrani currently have their latest book, ISO 9001:2015 Explained, published by ASQ’s Quality Press, raising questions as to the management of the TAG by ASQ, and reinforcing the appearance of cronyism originally alleged by Oxebridge. Previously, it was reported that 90% of the reporting in ASQ’s Quality Progress journal was provided by TAG members, including West and Cianfrani, and that editors were rejecting any articles “critiquing ISO 9001.”

Currently, TAG leader Baskar Kotte has been assigned the role of managing TAG membership. In a report to the TAG in March, Kotte admitted a “participation inadequacy” in some member categories, but nevertheless reported using the falsified data. Oxebridge sent an email to Kotte and TAG Chair Paul Palmes on March 23 which provided then the corrected data, and requesting the TAG to take appropriate steps to correct the problem, but to date they have ignored the request. Both Palmes and Kotte are consultants themselves.

The membership roster is only available to TAG members, and not made public; Oxebridge has nevertheless published the roster, making the argument that since the members must be accountable to all American stakeholders, keeping the list secret prevents TAG members from doing their jobs. ASQ’s Admussen has voiced her disapproval of this action, which was met with praise by the ISO 9001 user community. During the recent Chair elections, the US TAG leadership temporarily pulled the membership roster from even the internal portal, thus hiding the members’ contact info from other members, effectively cutting off all communication between members about the controversial election.

Several consultants within the TAG, including Lisa Uhrig, George Hummel, Julie Congress and Richard Vincins of Emergo Group, have all attempted to have their identity on the TAG hidden from the public.

Oxebridge argues that the dominance of a handful of private consultants is a violation of ISO, ANSI and WTO rules which demand that voluntary consensus standards be developed with participation from all stakeholders, so that no single group can dominate the process for their private enrichment. West, Cianfrani, Kotte and Palmes have all benefited personally from publishing deals and/or promotions through ASQ, using their TAG 176 credentials as a marketing tool.

During the development of ISO 9001:2015, TAG leaders boasted that the new standard “will be the biggest boon to consultants ever,” according to leaked internal documents.