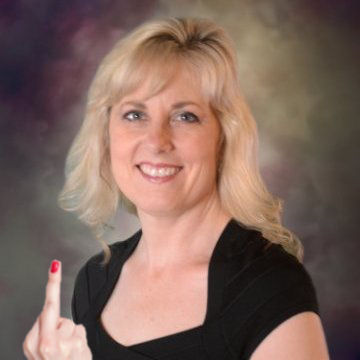 As usual, the US TAG’s consulting wing is openly rejecting its ANSI-mandated obligations. Once again, the consultants are refusing to consider input from stakeholders, in violation of the ANSI-accredited rules of procedure for the US TAG 176.

The obligation of the US TAG to represent “all affected US constituencies” is not only hardcoded into the rules, it is in line with the ISO principles and WTO regulations that require ISO standards to be developed in an open and transparent manner, by consensus, and with the input of all possible affected stakeholders. In addition, doing so is mandated by ISO Code of Ethics (emphasis added):

As providers of solutions to business, government and society, ISO and its members recognize that it is imperative to conduct activities in an ethical manner that deserves the confidence of all parties involved in standardization and of the general public.

In fact, the notion of representing all stakeholders appears in so many ISO and WTO documents, I can’t even list them all. Perhaps ANSI President Joe Bhatia said it best when he testified before the US Congress in 2012:

The key to our nation’s continued success on the global stage is to make sure that all U.S. stakeholder needs and voices are taken into account.

What it means, though, is that US TAG members don’t get to decide who their constituents are.

Meet Julie Congress, of Oriel Stat-A-Matrix, who thinks she’s above all that. Ms. Congress believes she gets to decide which of her constituents can contact her, and which can’t. She doesn’t feel obligated to adopt the official position of ANSI and that she can contradict its CEO, Bhatia. In response to an email sent by me on behalf of standards users, to the US TAG membership, wherein I urged all members to exercise their right to vote in the upcoming TAG elections, Ms. Congress made this request:

Please delete me from your email contacts. I do not wish to be contacted by you Mr. Paris.

I’m not sure what was so offensive about urging TAG members to vote, but something about that idea apparently irked her. But just as for fellow TAG consultant Richard Vincins of Emergo Group, who made a similar request a while back, I reminded Ms. Congress of her obligations under those ANSI rules:

As an official US representative you don’t have a choice. ANSI rules require you to consider input from “…all affected U.S. constituencies (companies, government agencies, organizations [non-profit or educational institutions]), consultants, and individuals.”  If you disagree, you are in violation of those rules, and must step down.

You can no more refuse a stakeholder or member of the public from providing input than an Ambassador can refuse emails from citizens, or a school board member can refuse talking to parents.

You can ignore the feedback or delete it, but you can’t refuse it.

Please note that last part, where I made it clear that Ms. Congress can blow off the feedback — that’s her right —  but she can’t refuse getting it. To which Ms. Congress said, in effect, “go fuck yourself.” Or, rather:

Yes, the little periods were part of her sentence construction. Have a look: This comes less than a day after I had an hourlong phone call with incoming(?) TAG Chair Craig Williams on the problems facing the TAG, due to it being overrun with consultants using the TAG to promote their practices. I explicitly told him that the consultant wing doesn’t care about users, and then Ms. Congress blissfully sends me an email making my case for me. And – because they think they are above any and all possible repercussion – she puts it in writing. I don’t think it’s possible to create bigger idiots than this.

Ms. Congress, natch, promotes the hell out of her role on the TAG, making sure she ties it to her both her roles in Oriel Stat-A-Matrix and her private firm, JC Quality Consulting. Consultants use the TAG credential to boost their standing with potential clients, unaware that the TAG is suffering from overall distrust and loathing, and those bragging about being a part of it aren’t doing themselves any favors. It’s like boasting about being the first ebola patient.

We’ll see if Williams steps up to the challenge of neutering the special interests and improving end user participation in the TAG, if he gets elected. Meanwhile, feel free to drop Ms. Congress’ boss, Alan Marash of Oriel Stat-a-Matrix, an email telling him you think her behavior is abhorrent. Click here.