UK Certificate Mill Claims Their Consulting is “Free” (No, It’s Not)

Meet Brian Green, who heads up the certificate mill called HSEQSmart from Durham in the UK.  Like the guy from 28 Days Later, Green woke up one day and thought everyone on the planet had suddenly lost the ability to reason, and falsely claimed that not only were his company’s consulting services “free,” but that no one would notice his giant webpage where he simultaneously offers certification services.

In a completely off-topic response to another issue entirely, Green also thought it would be a good idea to inject a spam post in the middle of a conversation thread on LinkedIn:

Now, note that he said, “contact us for free consultancy and guidance.” No one on the planet thinks that he’s offering his consulting for free, so I called him out on it.

And, because certificate mills are always run by delusional narcissists, look at his reply… which made it much, much worse. 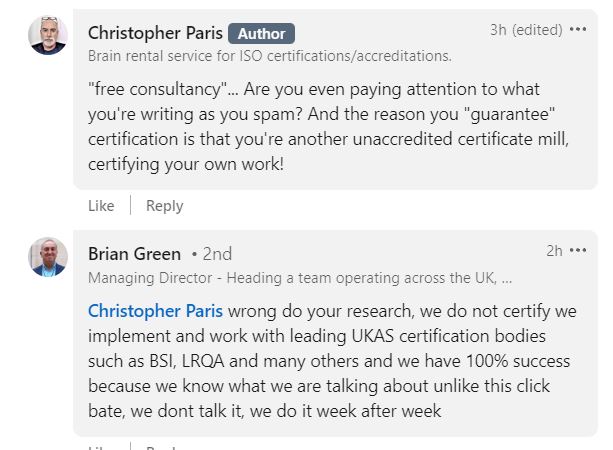 But none of what he just said was true. Not only does he NOT give away consulting services for free, his website clearly sells ISO 9001 and other certifications — including for medical devices! — and boasts about how his own auditors to the audits. In fact, his website has an entire page dedicated to “certification services“: 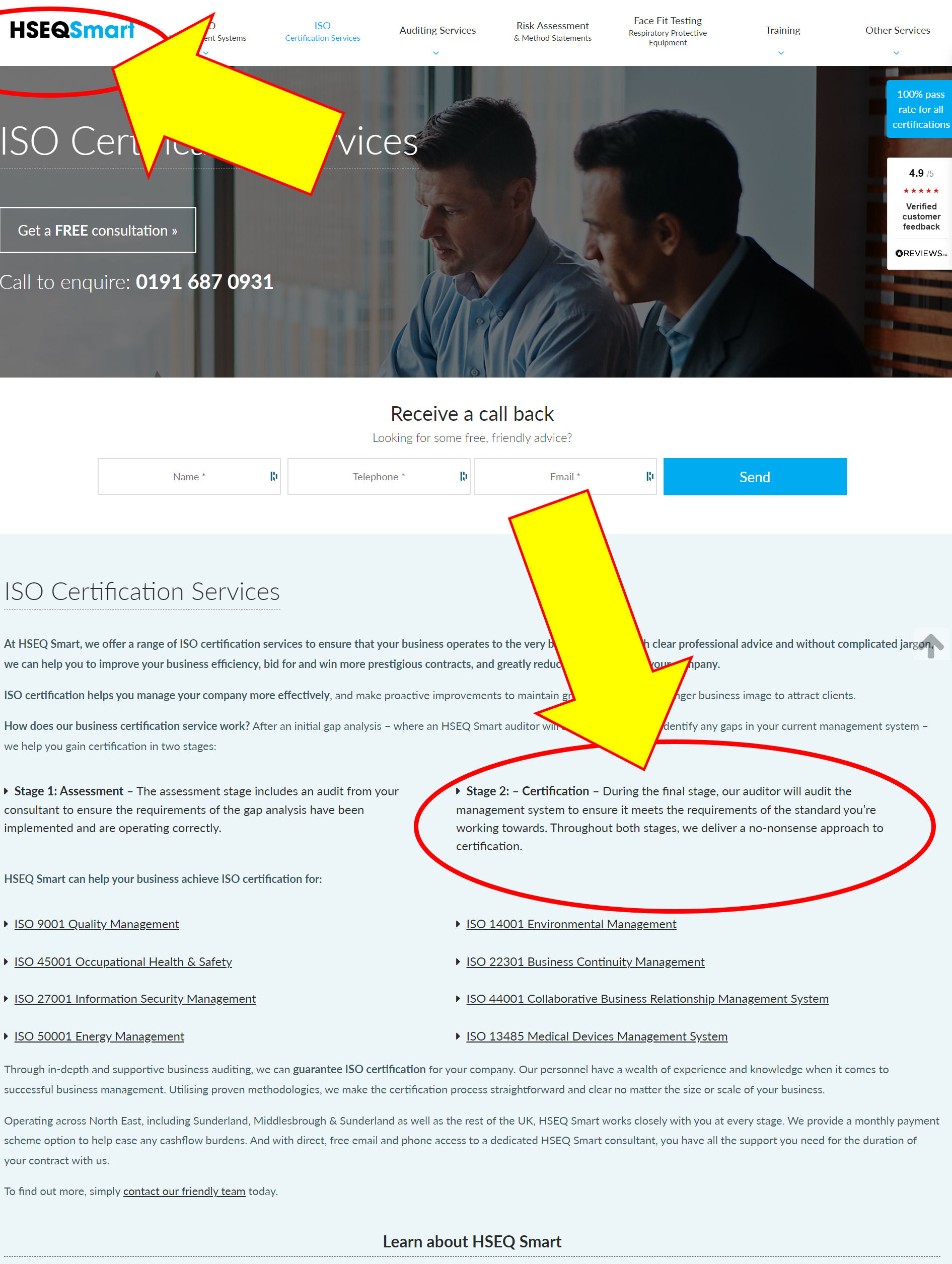 In fact, Green’s own LinkedIn profile advertises “certification,” and remember… he was posting on LinkedIn from that very profile! 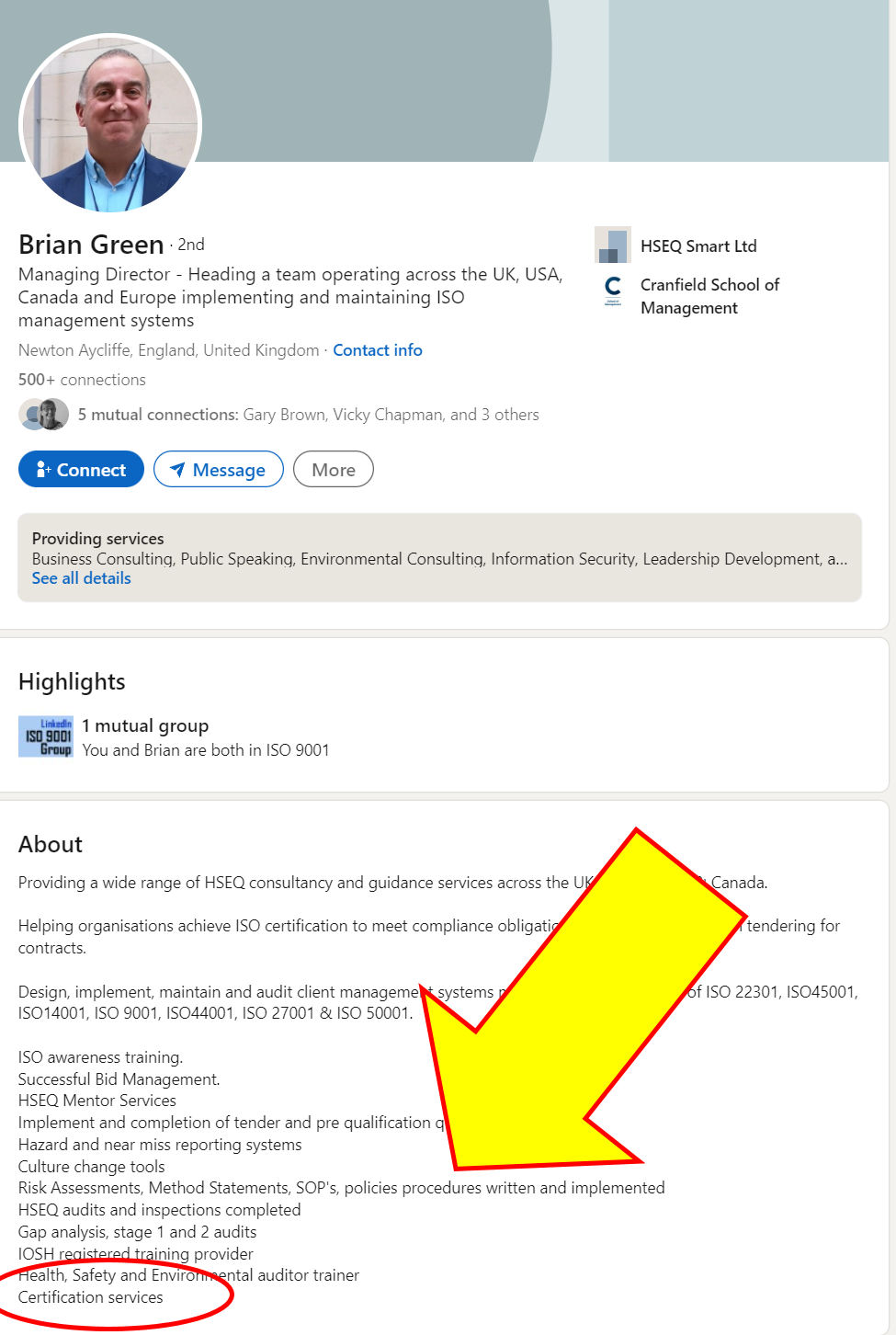 Click to enlargeAnd, yeah, it’s easy to claim your consulting clients pass their audits 100% of the time, when you’re the guy doing the audits, too.

It’s astonishing just how these guys think they can just say stuff that is easily disproved by their own public marketing materials, and think they can get away with it.

Well, now Green and HSEQSmart just earned themselves a complaint to the UK’s Advertising Standards Authority (ASA.) Let him defend his lies to them.