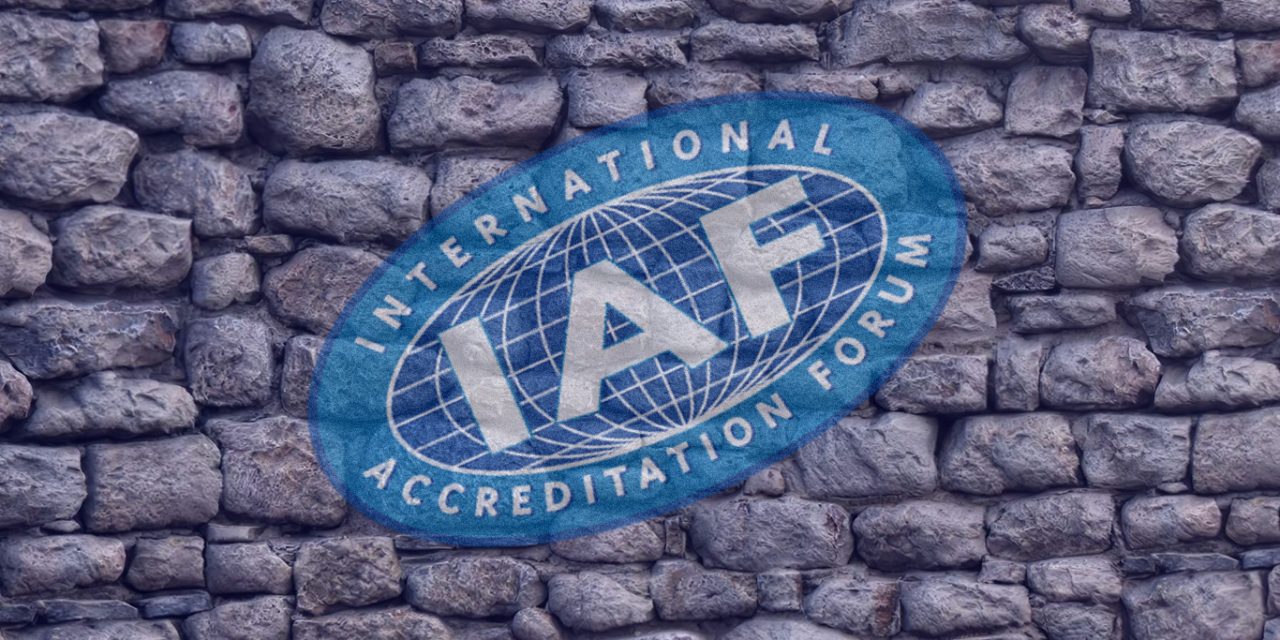 Confronted with very high-profile, documented and serious complaints laid at its feet, the International Accreditation Forum (IAF) and its various accreditation scheme actors are relying on a new tactic to avoid having to do their jobs: stonewalling.

Let’s look at the three major complaints working their way through the system, each one of which has been blocked by the authority charged with processing such complaints.

IAS: Rules Don’t Matter Until After You’ve Already Broken Them

First, there’s the complaint regarding multiple ISO 9001 certification bodies accredited by IAS, and Indian-run body operating in the United States, but largely working with CBs in India and Middle East. The IAS story is a complicated mess, but boils down to their claim that certification bodies don’t have to comply with accreditation rules until after they issue an ISO 9001 certificate. The issue was escalated to the regional body APAC, who has also refused to acknowledge receipt and assign an investigator since November 2019. Last week we escalated the complaint to IAF itself, and they have yet to respond.

Akkreditierung Austria: We Don’t Care About Alleged Bribery of Officials

IAQG: Aerospace Auditors Can Lie About Their Industry Credentials

Finally, in the aerospace industry, we uncovered that a working, certified AS9100 auditor was lying about his aerospace credentials, falsely claiming to be a “Director” at a company he didn’t even work for. We filed a complaint alleging the auditor had violated Probitas’ Code of Conduct for auditors, but Probitas ruled that they would take no action, since the auditor hadn’t lied at the time he applied for Probitas, ignoring the fact that their Code applies to auditors after they are Probitas-certified. The complaint was escalated to the IAQG Registration Management Committee, and then SAE itself (which manages the IAQG), and both parties have refused to acknowledge receipt of the complaint, nor launch any investigation. Thus, the Probitas ruling allowing aerospace auditors to lie to clients and falsify their industry credentials remains in effect.

In the past, the IAF would respond, albeit weakly, and the various CBs and ABs would be forced to process complaints. But the complaints in the past were not nearly as high-profile, and the various bodies had less to lose. The latest complaints are very, very serious. Auditors falsifying their credentials, CBs and ABs potentially involved in criminal bribery; CBs ruling that the entirety of the accreditation rules can be ignored at will. These are huge, world-spanning problems that undermine the entirety of the IAF and ISO accreditation system, and — if left unaddressed — can shake global faith in the system.

The stakes for IAF have never been higher, but at the same time this is alien territory for Elva Nilsen and her cronies. They have never been held accountable by anyone, and previously were able to swat away Oxebridge complaints as nuisance filings from some internet crank. The new filings simply can’t be brushed away, nor will they, since we are getting government regulators and ministries involved.

My gut tells me that the IAF doesn’t “get it” yet, and they still think they are operating under the old rules.

Complicating matters is that their Chinese president Xiao Jianhua doesn’t answer emails as a matter of policy, his English is terrible, and he ultimately answers to the Chinese government anyway, not to IAF stakeholders. He has no reason to care about anything sent to him, and will likely never reply.

So it’s likely that Nilsen and her team have informally notified the various bodies that the best way to shut down any investigation is to refuse to acknowledge receipt of the complaint. If a body never acknowledges receipt, the clock never starts and they never have to perform an investigation at all.

But that’s not going to work.

The IAF is registered in Delaware, making it a US company. While Delaware entitization has benefits for insulating the company’s officers and finances, it nevertheless means that IAF must avail itself of US courts. As in, not the courts of Switzerland or China. As in, the courts that are far easier for someone — say Oxebridge — to file a suit in.

This means their ruse could be exposed  as part of a lawsuit. It means that the obsessively private IAF VP Elva Nilson would be dragged before a court and put under oath, in public, alongside her Chinese boss, Xiao Jianhua. Xiao’s nationality has no bearing, and he can be subject to US subpoenas.  Awkward.

The IAF would likely have to adopt a legal defense in which they admitted their activities are not about enforcing accreditation rules at all, but instead something obscure and mundane like getting bodies to sign multilateral agreements. Those MLAs would fall under scrutiny, causing headaches for IAF. But that would be a less-bad option than admitting that they are supposed to be enforcing accreditation rules, and simply refuse to.

Either way, the IAF’s ability to win contracts or have influence with national governments and agencies is dependent on these claims, so disproving them in court would likely mean the loss of those agreements and influence. Overnight, the entire IAF accreditation scheme would collapse, and governments would stop relying on IAF members and logos for anything.

The IAF would be exposed as the world’s most sophisticated accreditation mill operation.

Prediction: UKAS would be the first to jump ship, claiming that IAF membership got them absolutely nothing. They’d follow IRCA’s lead and merely abandon the idea of any accreditation oversight, claiming themselves as a self-authenticating body. They might — or might not — develop their own internal policies to recognize other ABs, thus obviating the need for the IAF’s multilateral agreements entirely.

The IAF would quickly crumble, the victim of its own arrogance.

The thing is, all of this is entirely avoidable. The IAF need only start following their own procedures, process and execute the complaints before it, and help improve the validity of accreditations, per their own mandate.

All roads lead to Delaware.