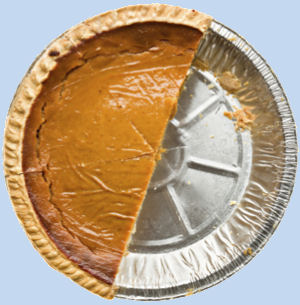 Sources within the IAQG and AAQG have indicated to Oxebridge that the groups intend to “decouple” AS9100 from ISO 9001 in about five years. The result will be that the IAQG creates a standalone accreditation scheme that does not rely on ANAB or other IAF accredited registrars, and the AS9100 standard itself will no longer align with ISO 9001 or the planned “High Level Structure.”

Clients wanting to maintain certification to both ISO 9001 and AS9100 will eventually have to undergo two separate audits, as the two accreditation schemes will not be compatible, and will effectively be competing schemes.

The sources provided Oxebridge the information on condition of anonymity, but are highly placed in both the AAQG and IAQG. Publicly, IAQG and ISO Technical Management Board leaders have declined to comment, and — perhaps more tellingly — specifically declined to dispute the report. High ranking officials in TC 176 and IAF claimed they had been previously reassured by IAQG that such a plan was not underway, and appeared shaken by the news.

If it is not scuttled in time, the move will be a dramatic, and expensive, burden on AS9100 user organizations, who often have to maintain a dual certification with ISO 9001. Currently, alignment allows for AS9100 certificates to include automatic certification to ISO 9001, and for clients to undergo a single audit. The change will double certification costs for aerospace clients.

Previously, decoupling was only rumored, but not confirmed.

The Risks of Risk

The sources tell Oxebridge the move was prompted by two significant factors. First, ISO TC 176’s mandated changes to ISO 9001:2015, through the Annex SL requirements forced by the ISO Technical Management Board. The changes, along with Annex SL’s “High Level Structure”, were highly controversial within the aerospace community. Of particular concern was the inclusion of “risk based thinking” which does not align well with AS9100’s more traditional take on risk management. The IAQG is currently struggling with how to align the next edition of AS9100 with the upcoming ISO 9001:2015 standard, specifically with regard to the competing risk requirements.

Meanwhile in the US, the AAQG felt increased frustration over the ANAB-dominated certification market, with some in the AAQG wanting to abandon alliance with ANAB and “go it alone” by creating an AAQG or IAQG-managed accreditation scheme. Under the planned scheme, ANAB — and presumably other IAF accreditation bodies — would be cut out of AS9100 certification entirely.

One source reported that the IAQG is “flush with cash” from fees associated with its OASIS database, which flow directly to IAQG and are not captured by ANAB or the CB’s. That revenue led some in IAQG leadership to begin questioning why it needed the IAF or CB middlemen to begin with, and how they could capture the entire AS9100 revenue stream.

In 2013, Oxebridge warned ISO that this move was likely, in its widely circulated position paper “Public Call for the Temporary Cessation of Development of ISO 9001:2015.” The paper asked ISO to take a six month pause to take into account feedback from key industrial sectors, including the automotive and aerospace industries, who were critical of the Annex SL mandate. ISO dismissed the paper, and instead threatened to sue Oxebridge for trademark infringement. The suit never made it to court.

Similar rumors had percolated throughout the automotive industry, claiming that ISO/TS 16949 would be abandoned by GM, and a “decoupled” version of that standard developed as well. The IATF originally telegraphed that the next version of TS 16949 would not align with ISO 9001:2015, but recently reversed course.

In 2014 the oil industry, through the American Petroleum Industry (API), made a similar split when it elected to update its proprietary Spec Q1 standard, and break alignment with ISO 9001 and ISO 29001. The source of that rift was also over differing approaches in addressing risk management.

The timeline for decoupling the aerospace standard is reported to allow for a release of AS9100 Rev D in 2016, which will only partly align with ISO 9001:2015, followed by the AS9100 Rev E in 2018 or 2019, which will mark the full separation from ISO. The resulting accreditation scheme would launch in 2020, by the time the older AS9100D certificates expired.

Typical for IAQG, the move is being made without input from AS9100 user organizations. IAQG leadership does not view certified companies as the users of AS9100, but instead views itself and the aerospace primes as the “customers” of AS9100. It does not allow participation of end users in its voting committees, even among “New Space” organizations such as Sierra Nevada, even as — or perhaps because — those companies snatch NASA and government contracts away from the IAQG primes.

Users concerned with the move are urged to write to Boeing’s Alan Daniels, who is well placed within both the IAQG (for AS9100) as well as the US TAG for TC 176 (for ISO 9001.)