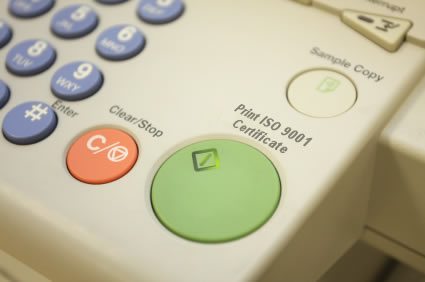 Sure enough, AMPLUS is falsely asserting that their simple articles of incorporation act as official accreditation, which is ludicrous on its face. By this measure, a lawn mowing company who registers “Inc.” or “LLC” is a wholly accredited ISO 9001 registrar. That’s not how accreditation works, obviously.

I spoke with a representative of the Ohio Secretary of State’s office, and they not only don’t “accredit” AMPLUS’ activities, but they also didn’t even know what ISO 9001 was. They assured me that filing articles of incorporation was a legal requirement to do business in the state, and it “is not intended to confer approval or accreditation of the business that files.”

The next clue that AMPLUS is a certificate mill is the fact that it certifies its own consulting work, in violation of ISO 17021-1. AMPLUS offers training services through a separate company, “ACT Services International.” It takes but two clicks of a mouse to find out that both AMPLUS and ACT are operated by the father and son team of Tony and Michael Franceschini.

Despite this, AMPLUS just comes out and claims “AMPLUS Global Associates, Inc. operates as an independent company and meets all the requirements of ISO 17021:2011 and all its Lead Auditors are either IRCA or RAB/QSA Exemplar registered Lead Auditors.” That’s not only wholly untrue — they exist in violation of 17021-1, as I said, but it’s also factually inaccurate. RABQSA was dissolved years ago, reformed as Exemplar Global, and the 2011 version of ISO 17021 is long since obsolete.

As with any certificate mill, the odd claims don’t stop there. When clients “transferred” away from AMPLUS to actual accredited CBs, AMPLUS explains this away by falsely claiming the accredited CBs are “associated” with AMPLUS. On its client list, for example, AMPLUS claims at least two of its former clients “transferred to AMPLUS Global associated Registrar QEC” and two others “transferred to AMPLUS Global associated Registrar SAI Global.” QEC and SAI Global are valid, accredited registrars, accredited by UKAS and ANAB respectively, and have nothing whatsoever to do with AMPLUS.

I wrote to Tony Franceschini and asked where he got his claim of accreditation, and he doubled-down: 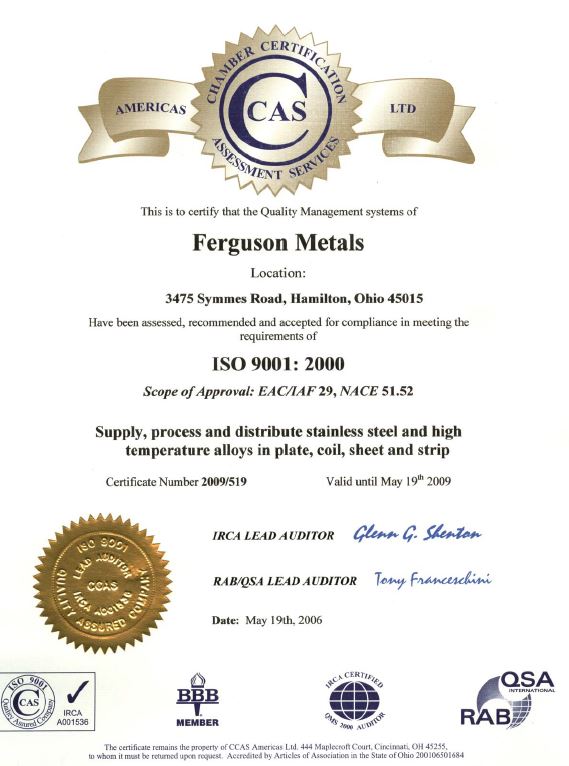 It seems that Franceschini the elder previously tried running another certificate mill, CCAS, about a decade ago, alongside a partner named Glenn Shenton. The ISO 9001 certificates issued by CCAS didn’t have any accreditation, but instead were slathered with the logos of IRCA and RABQSA. Those organizations don’t accredit CBs, but instead certify auditors, and putting those logos on ISO 9001 is essentially worthless. The CCAS certificates issued in the 2000’s featured the signatures of both Franceschini and Shenton, proving their prior partnership. For that company, as well, Franceschini falsely claimed that CCAS was “Accredited by Articles of Association in the State of Ohio.”

Fast forward to today, where on the AMPLUS website Franceschini claims that AMPLUS is accredited by QECAS Veritas, which just happens to be run by … you guessed it … Glenn Shenton. In checking online filings, QECAS Veritas hasn’t “accredited” anyone other than AMPLUS, meaning it was likely formed solely to give AMPLUS certificates a sheen of authenticity.

So we can add AMPLUS to the growing list of self-accredited certificate mills. What’s particularly frightening is they claim at least one client who manufactures medical devices. Shudder.

Mr. Franceschini called me and tripled-down, insisting that filing articles of incorporation is an “accreditation.” He also consistently quoted ISO 17021:2011, and was unaware that the standard was replaced with ISO 17021-1:2015 years ago.

Accreditation, of course, is received when a formal body assesses and then attests that a company conforms to something. Simply filing an “Inc.” is not in any way an accreditation, since the State of Ohio is not attesting to the conformity of AMPLUS, and certainly not in accordance with IAF.

Regarding his offering of training through ACT, Franceschini insisted that this is permitted provided that his training is in the public domain, something which is allowed by 17021-1. Unfortunately, according to information from Manta, ACT isn’t just offering generic “training” but also “auditing and consulting.”

When confronted with the fact that he has certified companies in the medical industry, Franceschini denied it, contradicting his own list of clients from his website. That list includes Blue Grass Metals of Independence KY, which claims, “We are ISO certified providing fabricated components to OEM clients in the automotive, medical, energy, appliance, and agricultural sectors.” Blue Grass is one of the companies that transferred to QEC. Another company, ALBCO, still holds a current certificate from AMPLUS, and claims its products include “medical equipment.”

What’s worse is that apparently Franceschini continues to have his partner Glenn Shenton co-sign the ISO 9001 certificates issued by AMPLUS, which would mean Shenton is “accrediting” his own work, if you believe that QECAS Veritas is a real accreditation body and member of the IAF. Which, you know, it isn’t.

From the conversation, it appears Franceschini doesn’t actually understand what accreditation is, nor which version of ISO 17021 is current, nor what the companies he has issued ISO 9001 certificates to actually make.

It does seem that Franceschini truly believes having gotten IRCA or RABQSA auditor training a decade ago qualifies him to issue ISO 9001 certificates, and that filing articles of incorporation amounts to accreditation. If so, then he’s just dangerously confused.

Tony Franceschini is running the same script as the other certificate mills, and cc;d me on an email allegedly sent to Shenton (but not really) in which he accuses me of working for a third-party competitor, copying this to his children Michael and Alexandra. Sleuths that they are, they began sending me URLs of the defamatory articles published by fellow certificate mill operator Daryl Guberman and the Elsmar-linked website “Oxebridge Quality Lawsuits,” because presumably doing so will make them suddenly accredited.

So we can probably settle in for another years-long battle against yet another certificate mill who would rather spend money on a huge internet defamation battle than do the right thing and simply get accredited. For them this is all very new and exciting, I suppose.

I received this e-mail from this individual that wanted information about our accreditation.

As you can see, I tried to explain that the business is registered by State of Ohio and that QECAS Veritas is our Third Party accreditation body and received this response.

Obviously I didn’t want to put anymore in writing so I called him to find out what he was looking for.

He must be associated with some other Third Party as he started to badger me about our website and stated that 17021 has been updated and we don’t meet IAF requirements. He new about CCAS and stated that it wasn’t legit to hand out certificates.

I didn’t argue with him and hung up.

By virtue of this e-mail I am asking Michael to buy the new copy of ISO 17021 and Alexandra to shut down our website until we can sort this out.

What are your thoughts on this????