Randy Dougherty Hasn’t Been VP of ANAB For a Year 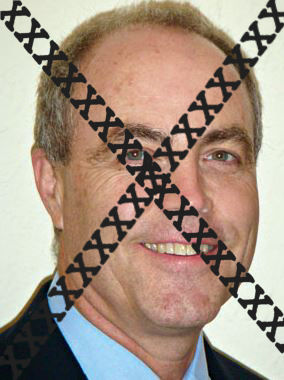 Why did you resign?

OK, this got past the radar here. Buried in a 2016 “Heads Up” notice (# 337 if you’re counting), Randy Dougherty was replaced in his role as VP of the ANSI-ASQ National Accreditation Board (ANAB) last June, with his expected successor, Lori Gillespie, taking over for him. The notice said Dougherty would remain on as a special projects guy, or something or other, and that has apparently included working on the new ISO database, as reported the other day.

Typically, changes this seismic to the industry are reported in the quality “press,” such as Quality Digest or Quality Progress, but I didn’t’ hear a thing from them, and subsequent searches come up dry. Furthermore, the change was largely hidden in the Heads Up itself, which was titled “Changes at ANAB,” rather than “The Guy Who Runs Everything Related to ISO 9001 Ever No Longer Works Here,” or something like that.

What’s stranger still is that Dougherty’s name has all but been scrubbed from the website, with it not appearing at all on the company’s Leadership page.

Oxebridge reported back in October of 2015 that Dougherty was due to retire in 2016; that report proved true, but was apparently kept largely quiet by the industry itself. Our reporting also indicated ANAB President John Knappenberger would step down, but he still hasn’t; insiders tell me that they just can’t find anyone to take the job.

Dougherty still remains in control of pretty much everything else, though, acting behind the scenes at ANAB, while holding key roles in the IAF — which runs the entire ISO accreditation scheme — and the IAAC, an South American accreditation coordinator. He’s likely to continue to have active participatory roles in the IAQG related to AS9100 development, TC 176 related to ISO 9001 development, and most importantly, ISO-CASCO which writes the rules for registrars and accreditation bodies. 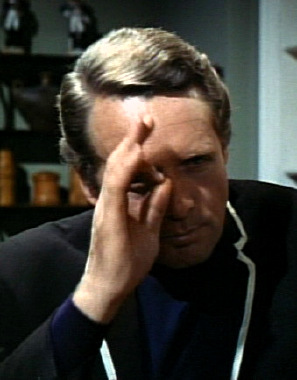 Given the facts, it does appear that one of Dougherty’s last actions was the disastrously destructive decision, made alongside ISO, to create an arbitrary “3-year transition deadline” for ISO 9001 certificates, something that is ostensibly just to ensure the sale of ISO 9001:2015 copies. Without that deadline — which serves no other function at all — users would not be likely to buy the new standard, and continue using the older one. As we wrote here, ISO violated all six of the WTO principles governing standards development when it released ISO 9001:2015, and a good deal of those violations came from Dougherty’s signing of the deadline “joint communique” alongside ISO Secretary General Kevin McKinley.

Dougherty has been under an absolute onslaught of attacks from the certificate mill operators Daryl Guberman and Don Labelle of G-PMC Registrars LLC, who have released dozens of fake “press releases” attacking Dougherty, as well as yours truly. Many of them are homophobic, and make anti-gay slurs while intimating the Dougherty and I are lovers. Apparently Guberman thinks that homophobia is a great way to run for US Senate. Guberman has long since misunderstood the relationship between Oxebridge and ANAB, and saw us as cohorts, rather than opposites in an eternal, if polite, struggle. Oxebridge has beat up ANAB for over ten years, calling it out for abdicating its duties under ISO 17011.

I’ve argued that in the wake of the Takata airbag scandal, Deepwater Horizon disaster and other such global disasters that occurred under the aegis of ANAB and/or IAF logos, no one should be called to testify more than Randy Dougherty. In my last phone call with him, over a year ago, I recommended he resign and do so quickly. We then later heard he was intending to retire when one of ANAB’s auditors blabbed as much to me during a witness audit of an Oxebridge client.

It’s likely Dougherty will continue to run things from his perches at IAF, CASCO and IAAC, if not from ANAB just without attribution. While Dougherty was generally seen as a nice guy, he nevertheless wields far too much power in the ISO certification scheme, especially given the fact that his experience comes nearly entirely from the point of view of auditing systems, not actually working under one.

One hopes when Dougherty does resign from the scheme, he doesn’t wind up on a mysterious island Village where he’s forced to wear boat shoes while running from giant weather balloons. Unmutual!

Gillespie, meanwhile, is described as far more “bureaucratic” and prone to strict adherence to procedures. It will be interesting to see how she handles complaints that show ANAB violating its procedures, which happens a lot more than it should. Already two major complaints against ANAB-accredited registrars are building, both of which are pretty damning and point to ANAB just outright ignoring known issues. Stay tuned.